Home Creative Non Fiction And then I became a woman!

They came for us a long time before sunrise. There were five of us in that group, Adwoa, Kuukua, Mansa, Yaa Tawia and myself making five nubile and supple young women. We had no idea where they were taking us and that added to the thrill. Red chested cuckoos had risen early as usual and were chirping merrily, waiting for the golden sun to show up and dazzle them as they led us on our way through a long winding path.

None of us spoke, I think that we were all silent because we were wondering where they were taking us. All five of us girls were being prepared to become ‘women’. We had all recently ‘gone to the backyard’* for the first time and it was very important that we were transitioned into womanhood as soon as possible because if any of us fell pregnant before the rites were performed, there would be hell to pay.

Like there was hell to pay for a girl who lived several doors from our home. I don’t know her name because to this day, her family has refused to speak her name as they believe that she disgraced them. This girl-who-hasn’t-been-named got pregnant before going through the puberty rites. Now, once  you pass through the puberty rites, you can sleep with all the men in the world you want and pop out as many babies as you can and no one will care. But if a girl becomes pregnant before the puberty rites, we believed that it meant that her source of fertility had been ransacked! If she had been raped or molested by another man, he would have to be killed it was as simple as that because this was a grave crime. However, if she had voluntarily engaged in sexual intercourse then she and her lover would be banished from our town after being paraded naked through the town and hooted at by children.

For the girl-who-hasn’t-been-named, once it was discovered that she was pregnant and she revealed the baby’s father who was a boy whom she’d been secretly meeting at discrete locations, it was decided that she would be paraded through town and banished the next day. However, she and her lover escaped at night the very day their secret was discovered and they were never found again.  No one knew if they were dead or alive but several traders from our village claimed to have seen both of them in the different towns they went to do business in.

Fortunately for me, I didn’t get pregnant before my rites were performed. The first day I had my period, after I got over the shock of seeing blood in my under-cloth (we didn’t wear panties but rather a piece of cloth which we strung between our waist beads) and after convincing myself that I was not bleeding to death, I informed my grandmother. She was overjoyed and arranged for me to see the queen mother of the village in three days. The queen mother examined me to make sure that I wasn’t pregnant and was still a virgin & then she set a date for my ceremony. She told my grandmother that a few other girls had also ‘broken their hands‘*  for the first time and so we could be trained together and that as was customary, the whole ceremony would take a week.

At the beginning of the week, all of us 5 girls who were being ushered into womanhood were taken to a grass-thatched mud-hat on the outskirts of our village. There were mats for us to sleep on, brooms to sweep with, earthenware pots, cooking utensils, plantains and fresh vegetables to cook with.  We slept in the hut that night and an elderly woman from our village was brought to watch over us. I could hardly sleep that night as I pondered what lay ahead for me and an owl which was howling in a neem tree near our hut filled my heart with a mixture of excitement and mild terror.

Our first morning in that hut was the morning we were woken up before sunrise and led to the undisclosed location. After walking through the path, I realized that we had come to our village stream but it was not the side of the stream where all the villagers normally fetched water or bathed. It was the portion of the stream that everyone was forbidden from visiting because that was where sacred rituals were performed. We had been led there by several elderly women from our village whom I knew quite well but under these circumstances, they pretended not to know any of us at all. They called us one by one and asked us to stand by the stream where all our pubic hair was shaved and then we were bathed with new sponges made out of wooden fiber. This was supposed to be a ritual bath to cleanse us since we were transitioning into another point of our lives. After the bath, we went back to the hut.

Oh how they lectured us! The queenmother came to talk to us about how we needed to be strong and capable as women. That as women, we were the only people that could bring human life into earth and we were the only ones capable of passing on our clan’s blood to our children* & so we needed to rise above any challenge in life. I will never forget the day a middle-aged woman came to talk to us about sex! She brought this phallic stick and told us that this was how the ‘thing’ which was between men’s legs looked like. All of us girls started giggling since we felt that if men were carrying ‘sticks’ between their legs then they were very silly creatures indeed! Then she said that we could giggle all we wanted but we could bet that one day very soon, we would sleep with a man & discover the depth of pleasure that a man’s ‘stick’ could give & it would make us want to laugh, cry & scream at the same time ! My skin felt warm & tingly with embarrassment as she explained where that ‘stick’ went and what sex was all about. She taught us how to position ourselves during sex so that we and our partners would enjoy the act. Then she demonstrated to us  how to twist our waists when we had sex with men, she said- ‘don’t lie there like a sack of cassava and take everything o! You must also display! It’s just like a game of you should enjoy it well, well!’. Another woman came to talk to us about marriage since after the puberty ceremonies, most of us would be getting married. Those days, people used to have their periods late and so it made sense for them to get married soon thereafter. I was 18 years when I had my first period.

The week passed and then the day for the ceremony was due. We each had our ceremonies in our homes. I sat in my compound wearing a colorful kente cloth woven with green and gold strands.  My breasts were exposed to show that I was fertile and ready for a husband. I was well oiled with sheabutter and my hair was braided in an exquisite manner. My auntie sprinkled a small amount of gold-dust on my face, neck and shoulders & I looked and felt like a queen! I was wearing traditional sandals on my feet with little gold trinkets on them. My hands and neck were decorated with gold jewelry which my aunts had given me to wear and my ears drooped with beautiful gold hook earrings. I was put on a traditional wooden stool and given an egg to eat to symbolize that I would be fertile but I was told not to bite into it else I would have eaten all my kids& grandkids! Well, you’re here now so I guess I didn’t chew you guys up! hahaha. There was a big pan set up in the middle of the compound where well-wishers came to put in their gifts. A big bowl of oto ie:  plantain mashed with palm oil, onions, pepper and topped with lots of boiled eggs was served that day and everyone dug in and ate heartily. I was too excited to eat much. My first husband came to the function that day and put 5 shillings in my pan! I was really thrilled because in our village then, that was a lot of money! But my first husband was a rich man. He kept looking at me and smiling in the charming way that he smiled and I suddenly felt very warm all over…  But the story about my first husband is one I’ll tell you another day…

*’breaking your hand’ & ‘going to the backyard’ are idiomatic expressions for having your period. 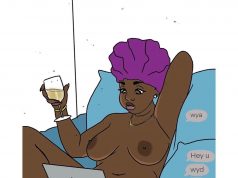 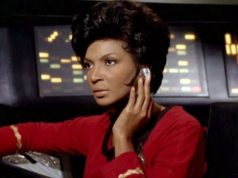 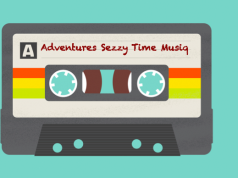