I was sitting at the airport,jittery. Trying to reach customer care on my phone; bunch of c#%zies wouldn’t pick.
My book wasn’t helping keep me busy. Then these two young men next to me, an American and a Nigerian (from their accents).
They had been speaking a while but it got more argumentative.

Nigerian: “hold on, don’t tell me boys intend to be eating their girls out during their periods! That’s just nasty! Real nasty! Somebody needs to stop them!”
O, prick, prick! Went my ears! I was alert and listening.
American chuckles: “too late bruh! I am gay so I don’t eat women naturally but many of the boys, they do!”
Nigerian: “wow! I mean how? It’s okay to fuck her during her period but eat her out? Through all that? That’s forbidden!”
I smile and look straight ahead.
No. No way I would let them know I was listening. Ha!
American: “Brother, when it comes to sex between two people, nothing is forbidden”
That line set me thinking.

So adventurers, has any of you been eaten during your period ever?
Do you have a problem with period sex? I don’t but I just cannot let anyone else share my period moment with me. I consider it my moment. So sex, I won’t do, it’s not nasty but it’s so uncomfortable?
Then I remembered my ex used to want to go down on ne during my period. He said it would be special for him. A sort of bond of him having drank my blood.
It was new to me so I was scared shitless. Initially I thought I had ended up with a closet vampire. Haha!
But he insisted numerous times. Yes, he wanted to drink my period blood!
He also wanted me to pee on him.
I suppose the pee part is common? Because my sister mentioned a similar encounter with someone.
Dude wants to lay in the bathtub and have me stand over him and pee on him. Didn’t that also happen in sex and the city? I remember something vague like that.
But yea, for me, whatever hurts neither of you is okay during sex. As long as it satisfies you.
Who else? Extremes? I want to know. 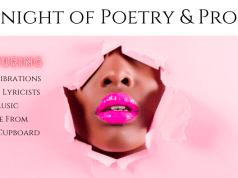 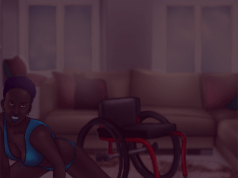