Joojo sat at the back of the congregation. That was his usual place. Not that he came late, but he preferred to sit there so he could tweet and text. As he typed out a message he noticed a lady frantically searching for an available seat. She was late and didn’t want to draw a lot of attention. Joojo motioned her over to the empty space beside him. “Thanks a lot”, she whispered to him as she sat down and adjusted her dress. She was wearing an African print cloth sewn into a Summer dress and it moved halfway up her thighs when she sat down.

Joojo had seen her around before but didn’t know her name, she almost always sat with her husband at the front of the church. “Krife Woman” he thought to himself. As the service went on, new worshipers joined the other side of the pew/bench so Joojo had to push till he was directly next to her shoulder to shoulder, thigh to thigh. Now he noticed that each time his leg moved and brushed against her thigh, it moved her dress up a little bit exposing her smooth luscious thighs.
He did it again, this time he knew she definitely must have felt it. Slowly and gently he started to feel her pushing back against his leg. Was she doing what he thought she was doing? His heart started to beat faster. This was a married woman!!! He felt his dick start to harden a bit with excitement and at the prospect  of what would come next.

Suddenly she dropped her notebook on the floor. This was his chance. As Joojo reached down to pick it up for her, he gently brushed his palm against her warm smooth skin, he heard a sigh escape her lips. He quickly looked around to make sure no one had heard it too… he could hear the pastor’s voice in the background talking about faith. “How convenient that we are sitting here”, Joojo thought to himself. Apart from being on the back bench, they had been pushed by other late comers till now they were in the very back corner. Joojo decided to take advantage of this. He dropped the notebook on her lap but kept his hand there steadily, “Where’s your husband today?” he asked.  “He’s in front” she whispered. “What’s your name?” she asked this time, her chest starting to heave. “I am Joojo and you?”, Joojo whispered back. “Mabel”, she answered. Then she quickly covered Joojo’s hand and the notebook with her big handbag so no one could see his hand, she then sat back and smiled coyly.
Encouraged, Joojo started to slowly move his fingers to the hem of her dress. He then went ahead and put his palms directly against the warmth of her flesh. He felt her shudder, and noticed that she voluntarily spread her legs open a little bit. Gently, he started to move his hand up her thighs and spread them open some more. All this while her handbag was still covering both his hand and her thighs. “Thank God for these ‘travelling bags’. Lol” He thought to himself. As he moved his hand up, he realized Mabel was not wearing any undershorts; he grabbed at the softness of her inner thigh and gently caressed and started trailing his fingernails in circles as he move upward. He kept going until he reached the band of her panties.

He could feel the warmth coming out from her pussy; as he touched the front of her panties he felt her moistness seep through the sheer fabric. He bent his head to look at her and Joojo notice that Mabel’s nipples erect, were poking out through her dress. Her lips were open slightly and she was breathing heavily. “Please don’t stop now!” she moaned softly as she added her hand to his under the handbag. She moved her panties to the side for him and Joojo ran the tip of his middle finger along the entrance of her pussy and around her clit. “oh gosh!!!” she moaned. 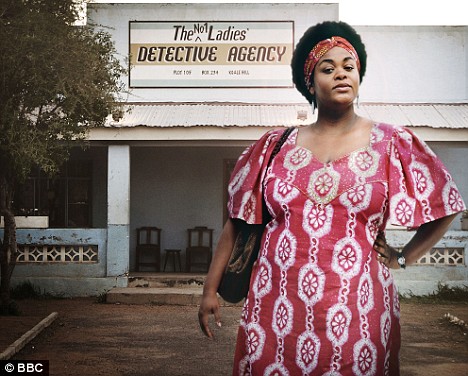