Adventures from the bedrooms of African women
Home General Issues Should I Let Him Come On My Face?

The guy who wrote the article on Jezebel was trying to counteract this belief. His argument was that facials, rather than being viewed as an act of degradation by women, should be viewed instead as an act of affirmation that women bestow upon their male partners. Like, instead of thinking that the guy is trying to insult you, you should see it as the guy needing you to love him. The article makes the point that men go through their whole lives being told their sexual desires are dirty and that women are doing them a favor by having sex with them. From the first time they touch a chick men learn that women aren’t fond of having semen anywhere on their bodies except in their vaginas, and preferably a condom. Women don’t like to swallow after blow jobs and usually hate sperm in their mouths. And women generally react to semen like it is a messy inconvenient thing.

So, in the author’s view, most men grow up with a complex about their penises and particularly their sperm. They yearn to be accepted by women. They yearn for every part of them to be loved. And when a girl is so open to them, so desiring of them, so enthusiastic about interacting with their dicks and its ‘products’ that she wants it all over her face, they feel affirmed and loved. Watching the woman on her knees, her face eagerly turned up for the baptism of their climax is the ultimate act of acceptance. She loves their cum and, by extension, she loves them from head to toe, from heart to soul.

Adventurers, when I tell you the comment section for the article was on fiiiiiiiire I am not joking. Women had a looooot to say about this. One girl talked about how she agreed with the article because the first time her boyfriend came on her face he just stood there smiling after he had finished. He kept gazing at her with this wonder in his eyes and then he blurted out a heartfelt (and his very first) “I love you.” Other women were like “Nah fam. What too be dis one? This is some present continuous nansins! Stay woke oh my sistas, stay woke.”

Personally, I don’t have a problem with sperm. I agree with the argument that men don’t often feel affirmed sexually. I believe most men, growing up, get the message that their penis is something women endure rather than celebrate. I agree that some women treat sperm like battery acid and if guys treated pussy juice like that like we go bore. I adore penises, we’ve discussed this. And I make sure to convey this to every one of them I interact with. Yet, I’ve never had a man come on my face. It’s just never come up. But honestly, I don’t know how I would react if it did.

My first instinct is that I would slap him like I was a Makola woman. But a part of me wonders if that would not just be a knee-jerk reaction shaped by the repressive sexual beliefs I grew up surrounded by. Like, on some “Who do you think I am? I’m a lady, wati” type of thing. Which kind of plays into that problematic ‘whore vs angel’ distinction. Y’know, the one where men think some girls are bad girls (nasty sluts, shashis, only see her in corners, can’t introduce her to anyone, not wife-able) and some girls are good girls (pure, innocent, untouched, can meet friends and family, Mrs-material) and only nasty girls will do some types of tings. Which of course ends up in them wifing the ‘innocent girls’ and cheating on them with the ‘nasty girls’ because they demselves ee be nasty tings dem wan do.

However, I also know from talking to people, that there are a lot of women who perform sex acts simply because it is expected of them. If the man says do, they do. And for those people I feel a certain amount of anxiety. I also have practical questions, like “What if it gets in your eye?” Semen contains citric acid, oh. That shit must burn like kpakposhito. “What if it gets in your hair?” I can understand if you’re a white girl and have a straight situation going on, plus most of them wash their hair every day, but what if you’re of Negroid descent? If your hair is permed, that is an emergency appointment at the salon a week before your appointment. And you have to come up with a creative explanation for the konkonsa hairdresser. If you have a weave or a wig, that shit is going to have to be evacuated with the quickness. The unit might be fresh, saf. Then you have spoilt money, in this African economy. If your hair is natural, then you’ve fucked up your twist-out/afro/crochet braids/marley twists/ whatever. I personally have locs. I don’t even want to imagine what would happen if cum was embedded in there. Just thinking about it is getting me heated, kwraa.

I think there are probably guys who feel like a woman wanting their semen on her face is an act of affirmation. I also think there are a bunch of guys, probably a majority, who get off on the idea of women as lesser-beings and view the picture of a woman on her knees with semen on her face as the ultimate representation of her position as an object. And there are probably some guys who don’t fall into either category who do it just because they’ve been told they should by what they watch or what they hear other men say.

Before any face-coming happened, for me, I know I would want to know which category a guy fell in. If it was the second one, I would run. If it was the third one I would run (what, you can’t think for yourself?). If it was the first one, I guess I would consider it for a second but I would be more interested in finding out which other acts of affirmation were available to us before we got to that point. I mean, me alone, I can think of ten. I think it would take a couple of hours of persuasive revisionist feminist theory; like some serious academic articles with an annotated bibliography, citations, testimonials and all kinds of receipts — plus a letter from a therapist saying that he has been evaluated for misogyny and none of it was found in his psyche — before I could start to think about it from a place of possibility. And in the unlikely situation that I even agree, w’allahi his aim better be amaaaaaaazing. I am talking Olympic archery precision. Because if sperm gets into my locs or my eyes I will beat him like he is my child.

People, what’s your view on this face-coming ting? Yay or nah? Plus reasons. 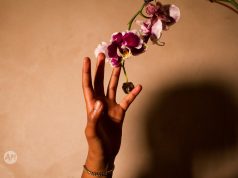 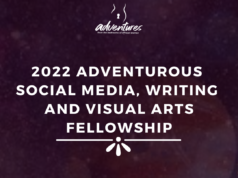 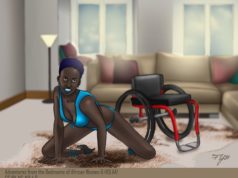