The worst part of going through in vitro fertilisation (IVF) were the drugs. Setting my alarm to take the tablets on time, mixing liquids with powder and drawing the solution up into the syringe, lifting up my top, looking into the mirror and injecting first in the roll of flesh that sits to the left of my belly button, and then to my right so that I wouldn’t bruise. It didn’t make a difference, at the end of the two week cycle of medications, almost daily blood tests and scans my lower belly was covered with dark spots and painful to the touch.

But maybe that wasn’t the worst of it. The worst of it was going to the clinic for the egg collection and being told, ‘there’s a possibility that we won’t be able to retrieve any eggs’. What? My mind screamed? I could go through all of this and there’ll be no eggs to retrieve? That makes no sense. The scans had indicated that I had about ten eggs and several of them were mature. My rational voice said okay, and then I watched as the anaesthetist injected a needle into a vein in my left wrist so that his job would be easier once we got into the theatre. Once in the room I would scoot down and put my legs in the stirrups…that at least was familiar terrain, and then later I would wake up and walk back to the hospital bed where my Aunt was waiting for me. I would drink whatever they had given me to drink, and eat whatever they had given me to snack on. The Dr who had done the procedure came to see me and informed me,  “we got 5 eggs”, I was excited.

The lab called the next day. Two of the eggs had not been mature so only three had been fertilised, out of which two had taken…the leaflet the clinic had given me had already explained how the process was going to work. The two fertilised eggs were going to be placed in a petri dish (or this is how I chose to recollect it) and on the fifth day they would get to the blastocyst stage, after which they could be frozen or implanted into the woman. I started to imagine my two eggs being implanted, falling pregnant and having twins. I was scared and excited at the same time. For about a year now I had started following lots of birthing pages and ‘yummy mummys’ on Instagram to help me prepare psychologically for the journey I was choosing to embark upon. I watched 30 second videos of women birthing in baths, I remember vividly one woman grabbing the head of her baby herself and pulling it out triumphantly. I followed bloggers who gave their babies breast milk baths…those were my heroines. The women doing it ‘naturally’, giving birth at home with their partners, breastfeeding and doing photoshoots in the wild with a baby at each breast.

And then on the fifth day I got a call from the lab. “I am sorry, I have bad news”. I tried hard not to cry and listened to what the technician was saying. It was something along these lines, ‘Maybe if we had more eggs… about 50% of the eggs don’t take. You will need to make an appointment with the Dr who will be able to give you a better assessment’. 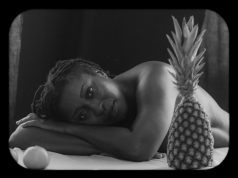