I love sex. I am incredibly sexual but you wouldn’t think it to look at me. I may look like your cool young auntie but not much about me says “sexual”. It doesn’t help that I don’t get to have sex regularly either.

When I met my last lover in late 2019, I had had sex only twice that year. The first time was in January with a beautiful but ultimately incompatible man and the second time was in September with a charming older man who, if I’m being honest, I liked less than I liked his car.

I’m a divorcee. When I emerged from my grief-stricken haze after my marriage ended, one of the things I found myself excited about was the possibility of love affairs and sexy trysts with gorgeous men. Sadly, it hasn’t worked out that way for various reasons.

Now, how does a single, reasonably attractive, sexually liberated woman only get to have sex a handful of times a year? It’s a travesty.

Well, I realised most of it is me:

1. I can’t do casual sex the way most people can. My idea of a fling is an intense, monogamous and ultimately short-lived love affair. The feelings are genuine and the sex is mind-blowing while it lasts. I’m not built for multiple partners or the callous indifference that comes with most casual relationships nowadays.

2. Turns out I have hella standards (20-something me is shaking). No slumming it with broke men – I’m not here to upgrade anyone. Inconsistency/emotional unavailability is intriguing for 2 seconds then it becomes boring. Homophobic/ misogynistic/ racist comments will ensure you don’t get a second date. Mocking banter where you “playfully” put me or my feelings down will get you blocked. On everything.

3. I listen to my gut and honour my feelings. That means I see red flags earlier than I used to and I actively embrace only what/who feels right.

4. I’m quite warm and funny (according to those who know me well) but I appear very standoffish. Not being approachable means not being approached, no matter how pretty one is. I often see the admiring looks but there is usually very little follow through. The bold Alpha male type is usually what I get but the kind of man I really want doesn’t get his kicks out of chatting up the pretty but unapproachable girl. I had to make the first move with my last lover but it still doesn’t feel natural to me (damn the patriarchy).

And ultimately, I want love. I want a healthy, loving, monogamous relationship with explosive sex. Now, that doesn’t seem like much to ask, does it?

Well, it would seem like it is. It’s been three months since I had sex and now we’re in the middle of a pandemic. I am under no illusions – it will be a few more months.

So, while I wait to have the kind of fling I can handle or even an amazing love story (with great sex), I’ll keep doing the next best thing. I recently upgraded my toy drawer and these orgasms aren’t going to have themselves. 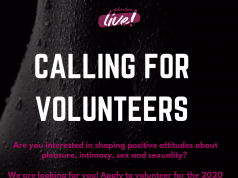 “Nailed IT” by PDAs