Adventures from the bedrooms of African women
Home All Categories We must not be defeated – by A.D (2)

It started early in the year when I had so much work to do. I was getting to work and leaving at odd hours in order to meet deadlines. There were days Kudjo had no idea what time I had gotten to work  (Kudjo lives abroad by the way). I sometimes arrived at the office at 5:30 am, and there were times I closed at 11:30 pm. I was doing so much and I was still afraid I wouldn’t get recognition for the work I put in. And though I had no valid reason to be worried about that yet, it took a toll on my physical and mental health. Then around March or April, I failed an exam for the second time. I was really down and disappointed in myself.

During this time, tensions kept rising between Kudjo and me until we got into a stupid argument that started with how many guests should be invited to our wedding and blew up it into something else. I ended up asking for a break up in the heat of the argument. It sounds silly now, but it wasn’t funny then. As part of the depressive symptoms I was having, I couldn’t sleep that night and after a little reflection, I soon realised how impulsively I had behaved. I asked Kudjo to forgive me and put it in the past, I pleaded and pleaded, but he would have none of it. He said he wasn’t doing the relationship anymore. That worsened my mental health. I was distraught. I remember locking myself in the washroom at work, lying on the bare ground and weeping. I finally told him I was suffering from mild depression but I imagine it sounded like a convenient excuse for my behaviour. I couldn’t blame him. But somehow, I had believed our relationship had grown past the break-up stage and I was broken by the reality that it hadn’t.  Kudjo gave me a really tough time before he finally agreed for us to work things out again. He says he agreed in less than two days. But in my state then, it felt like weeks. Anyway, that really didn’t solve much. I withdrew a bit from the relationship. I was afraid to get hurt again in case there was another break-up. We were still good friends though, chatting and laughing, taking care of each other and stuff like that, but I tried not to go in too deeply.

On the other hand, there was also a friendship I had been trying to build for close to 3 years that seemed not to be working. I poured my heart and strength into it, trying my best to be there for this person and hoping to be accepted. But it turned out the friendship never really took a stable position. There were times we would really bond, but many times I was left wondering what my place really was in this person’s life. Eventually, I had a conversation to try and explain what the friendship meant to me and to know exactly what my chances were. It was then that my friend or let me say the person I wanted to befriend, told me I couldn’t be a part of her life. Very plainly. I never felt so rejected in my life. I suffered yet another heartbreak. And as expected, my emotional and mental state got worse.

I could go on and on. I had issues at work, which made me feel like my hard work wasn’t being recognised, I had disagreements with my parents, it was just one problem after the other and I just felt more and more depressed. It was a difficult time. I didn’t let Kudjo in much on what was happening even though he knew all was not well. I didn’t want to burden him since he was away, but also, I was struggling with accepting that this was a real thing.

Things are a lot better now. I believe I’m out of that place now, or if not completely, I’m at least 90% better. My mental health started improving when Kudjo came down in October to spend about one and a half months with me. It was nice. I was happy to be with him after almost a year of being away. I didn’t feel so alone, and we had a good time together. It really helped ease up the tension I was feeling inside and the one between us too.

But more importantly, I made a decision. When 2020 started, I wanted the year to be better. I wanted to be happy. I wanted to live and enjoy life. So I decided that I was leaving the emotional baggage in 2019. I decided I was going to resist anything that would attempt to meddle with my sanity. I decided to live freely and be happy. I must admit it hasn’t been that easy. Once in a while, I remember what could have been, like the friendship that didn’t work out and I get a little sad. But I know I deserve good things and good things will come to me this year. I will meet people who will cherish the love I give them and accept me for who I am. I have also decided to focus on what matters. I have God. I have Kudjo. I have family and friends who love me. And most importantly, I have me, and I’m never going to stop loving me.

“We may encounter many defeats but we must not be defeated.”- Maya Angelou 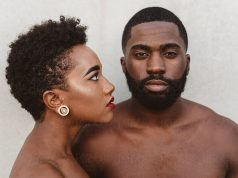 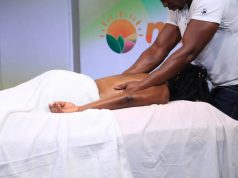 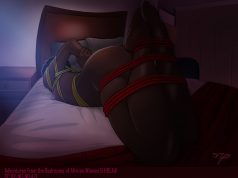