Destiny and her Girl-Child 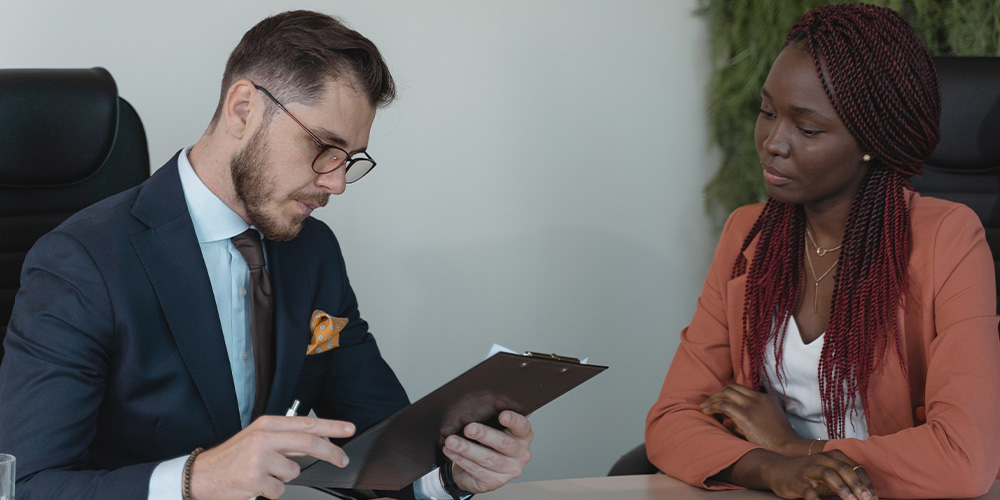 The noisy whir of the ceiling fan was irritating, but Lera welcomed the diversion. It kept her from having to stare at the top of her interviewers oily, balding head. Was that ringworm? She couldn’t be sure. Lera shifted in her seat, feeling gooseflesh crawl all over her head despite the intense Accra heat.

When the director of community affairs at Osu Children’s Home had finished looking over her CV, he staked the papers and laid them down gravely. He did not seem pleased. He peered at Lerato through brown tinted lenses, encased in square black frames that sat heavily on the edge of his nose.

“Ah. So Lerato… How do you even say this your surname, nkwaaa?”

“Gqukani,” she replied, clicking with emphasis.

“You are not a Ghanaian?”

Felix Darko was even more perplexed.

“And you say you want to come to this orphanage to do what?”

“To read books to the children,” she replied simply. “And to help out any other way I can, of course.”

Felix reclined in his cracked plastic chair, rocking and looking at Lerato intently. She had been very careful when choosing her attire. She wore a blue scooped neck blouse and wide legged black trousers for her interview. The colors were dull, but the attire was figure flattering. Her intent was to convey that she was respectable, and eager to work. She didn’t feel like a respectable woman though. Thoughts of Khalid had been playing about in her mind all morning. Curse him.

Felix Darko finally stopped rocking and thumbed at her CV. His tone was condescending when he spoke again.

“I have to say, I don’t understand why you are here. You are an intelligent woman. It says that you graduated from London School of Economics. Why are you wasting your time here in an orphanage? Hmmm? You should be doing big things, like banking or finance!”

Lera had not expected this objection. She imagined that her education would be an asset, not a hindrance. For God’s sake, she was volunteering her time! What was this man’s problem?  Never one to filter her emotions, she replied with more frost than what was polite.

“Are you saying that the children in your care are not worthy of the best? What if I wanted to adopt one of them? Would it not be better for them to come home to an educated mother?”

Feeling putdown by her accusation, Felix fired back with traditionalism.

“I hope you are planning on giving your husband children before thinking to take another woman’s own!”

He nodded towards her ringed finger, lips curled upward in disgust. Of course, she thought of Nomsa. Nomsa was the reason she was here. Lerato had to get the interview back on track, and there was only one way forward.

“Mr. Darko,” she said coquettishly, “please accept my sincere apologies if I came off rude. It wasn’t my intention.”

Felix softened a bit. Lerato continued, speaking in her most servile tone, affecting it ever so slightly with her mother’s Xhosa accent.

“I just want to do my service to my community, that’s all. Wouldn’t it be wonderful for it to be said that you – Mr. Darko – were instrumental in bringing in such quality individuals to serve Ghana’s most vulnerable citizens? People appreciate that sort of thing, you know.”

Felix Darko had never been made to feel so important. He leapt to his feet and signaled for Lera to follow him. As he walked her through a dark corridor into the main hall where the children were sitting or standing idly, he confided in her.

“Normally, it is only White people who come here wanting to do these things. But you are no White woman.”

Lerato wasn’t sure if this was meant to be derogatory or merely a statement of fact. Not wanting to upset him again, she nodded dutifully and followed Felix around the grounds. Her eyes shifted fervently registering the peeling paint and bedraggled urchins looking curiously at the pair. Felix was chatting congenially.

“Normally, if we know foreign visitors are coming, we will have the children put on their best clothes – but as you are an African sister, we can feel a bit relaxed. I know we can’t get any money from you today.”

Was the man an utter dunce? Why would he admit this to her? As he ruthlessly pushed children out of his way with his leather scuffed shoes, Lerato fought back the urge to scathe him with her words. She had a task, and she had to keep focus.

Finally, when they had entered the kitchen area, she found her target. On the third step outside of the screened in cooking area sat a little girl sipping from a yellow plastic cup. Her bright eyes locked on Lerato’s hopefully, as if conveying a hidden history between the two of them. This was her. This was the girl.

Lerato scooped up the frail toddler and asked Felix her name.

“She’s called Araba,” he replied, frowning with disdain. “She was picked from a rubbish heap just last year and brought here.”

But Nomsa was not.

“I think I’ve seen all that I need to see, sir. I’m ready to read to the children now, Mr. Darko. Please lead us back to the main hall and assemble the children.”

When Lerato left the orphanage that evening she felt sick. It was not the sight of the underfed children nor the smell of despair that hung like a fog in every corner that got to her – it was the fact that she’d betrayed her daughter that she could not reconcile. Lerato thought about calling Paul to discuss what she was struggling with, but Paul hated to talk to talk about Nomsa’s disability. He’d rather act like it didn’t exist.

She hailed a taxi and instructed him to take her somewhere she could have a drink.

“But madam, you have to give me a place that you want to go,” he said irritably.

Lerato groaned and threw her head against the backseat of the taxi.

She hated the Tulip, but she knew Cecilia Adjei would be there. Cecilia was the hotel’s resident bar fly and Lerato’s best friend. As expected, Cecilia Ajei was sitting at the shiny brass trimmed bar, legs slightly parted and smoking a cigarette. When she saw Lerato slide into the barroom, she shooed away a bearded man in too-tight jeans and leapt up to hug Lerato.

“Sweetie! You haven’t made time for me at all since you’ve been in town!”

Lerato snorted and hugged her friend in return.

“I just saw you two nights ago, love. You were so drunk, you’ve forgotten!”

“I stay drunk ,” Cecilia said, half-joking. “It’s the only way I can get anything done in this city.”

Lerato grimaced and ordered a bottle of sparkling water. Cecilia had started drinking since secondary school, and Lerato wondered when the day would come when her liver finally gave out and alcoholism killed her friend. That day was not upon them yet though. Cecilia looked delicious in her creamy white shift dress with ribbons cascading down her spine. Every man in the room was staring at her. She was stunning, and she spoke way too loudly.

Cecilia pulled Lera up to the bar and ordered her to sit down. She noticed something was wrong with her friend immediately.

“Why are you looking so depressed, Lele?”

Lerato took a swig from her drink and put her head in her hand.

“I slept with Khalid last night,” she blurted.

Cecilia grunted and took a puff on her cigarette, trying to jog her memory.

“Ah-ah! Khalid Haddad? The one with ‘the eyes’? The guy that broke your heart when you were a kid?”

“Bravo!” She clapped her hands  in genuine appreciation. Lerato was shocked.

“What are you so happy about?” she hissed. “What about Paul? We’re engaged!”

“But you’re not married,” Cecilia pointed out. “You only accepted his proposal to marry him. It’s not the same at all. Don’t worry. God isn’t concerned with this one at all.”

Lerato took another sip of her drink and spat it back into the cup. She ordered a bottle of vodka and poured herself a glass. Cecilia looked on approvingly.

“Now it’s a party!” she yelled, pouring herself a shot too. Cecilia put her hand in the middle of Lerato’s thigh, rubbing it with rhythmic motions. Cecilia was way too touchy when she was drunk, but she gave wonderful advice in her most inebriated moments.

“If I were you, I’d sleep with Khalid every day that you’re in Ghana until you go back home to London.”

Cecilia seemed shocked by the question.

“Why wouldn’t you? Did the sex make you feel good?”

“And you’re not feeling so good now that you’re not having sex with him… right? So do what makes you feel good and bang his balls off. It’s so simple Lele. God; for someone so smart, you really can be stupid.”

Cecilia sputtered into her drink and rubbed Lerato’s thigh again. Lerato grinned and decided Cecilia was right. She would call Kal first thing in the morning.

Have a Sexy, Merry Christmas!

14 comments On Destiny and her Girl-Child