LOHS: Cinderella Gets Her Pauper

In Lover of Her Sole, SeriesPublish DateApril 14, 2014 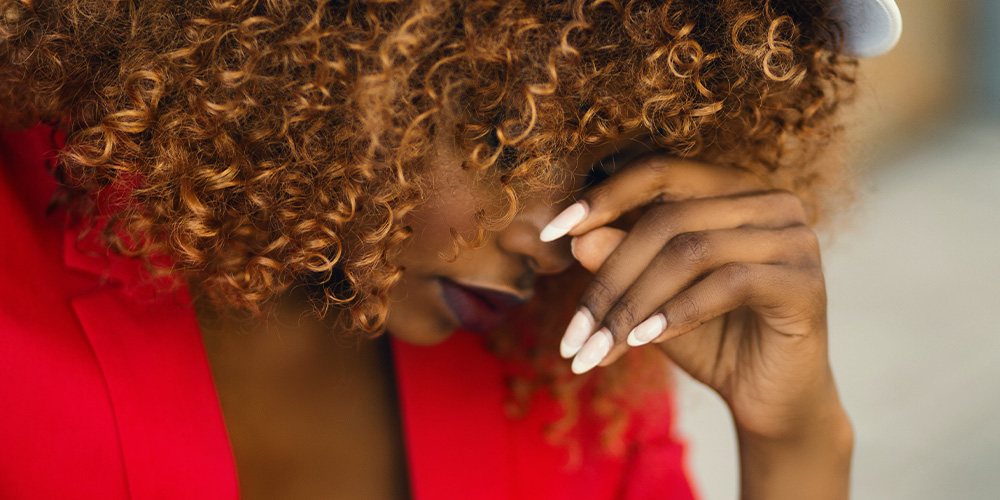 A month. It took Pomaa four full weeks to decide what she was going to say to Akoto when she got to Accra and to gather up the courage to say it. However, now that she was standing in front of Escarpment Shoes & Accessories in Labone, both courage and words had failed her. Courage or not, she couldn’t stand there gawking at the door like the village oaf. She squared her shoulders and pushed the door open.

A blast of warm, unpleasant air hit her in the face. It was still early in the morning, just as the store was opening, and the air-conditioning hadn’t gotten up to full power yet. A slight woman with a pale floral frock greeted her why a shy smile as she entered. She sounded pleasant, but rehearsed.

“Good morning, madam. Welcome to Escarpment Shoes. Do you have an order to pick up today?”

Pomaa gulped. How should she answer the question? Why was she being questioned at all? In fact, what kind of rough interrogation was this? Did this girl have no compassion? Couldn’t this woman see how distressed she was?

“Or you can see Mr. Akoto. I’m still in training and I would want you to get the best service.”

The girl disappeared behind a screened off wall and said she would be right back. Pomaa took the opportunity to look around the store. It was very simply decorated – hardly decorated at all, truthfully. Leather handbags made of ostrich and antelope were placed tastefully on shelves or hollowed out cubes on the wall. A red accent wall featured an array of the most stunning handcrafted shoes she’d ever seen. She traced her finger along a pair of stacked heels adorned with vibrant plumes around the ankle. Where could she possibly wear those?

“Do you like them? I know they are a little over the top, but I was in the mood for fantasy the day I made them.”

He was here so soon! How inconsiderate of him. He hadn’t even given her time to remember what she had forgotten to say. Pomaa turned around slowly. This was it, though. Show time!

“So you make shoes?”

Had she really just said that?

“Yes, Agyapomaa. I make shoes.” Akoto signaled to the shop worker to keep alert. He was taking Pomaa on a tour.

The screen door at the back of the store led to a courtyard dotted with potted plants and sapling trees. In the center of the space stood a modest three bedroom house, just recently constructed. A carpenter’s tools sat in the corner near the garage where a gaunt man was busily working on an enormous cutting machine. He looked up and nodded courteously at Pomaa before refocusing on his work. The garage was where all the shoes were made, Akoto explained. He pointed to the house and asked if she liked it. She did. It was very pretty, she remarked. Privately, she wondered where he had gotten all this money. But it wouldn’t be kind to ask him. Akoto was so sensitive about the subject.

“You know I like to live where I work,” he said, interrupting her thoughts. He was smiling, but only with his lips, not with his eyes.

“The house looks like it’s had a woman’s touch,” Pomaa said subversively. “Something about it is very soft.”

Akoto looked stricken by her observation. He stood there with feet rooted in the concrete, clearing his throat and struggling for words. Finally, he found the right ones. He took her hands and held her gaze. Why did he look so sad?

“Pomaa, there’s something I have to tell you,” he said quietly. “I am living with someone. She –“

As is on cue a woman came sashaying out of the front door of Akoto’s house. Clad in dark washed denim, an Ankara peplum top and ballet flats, she looked the picture of elegance and modernity. Was that a weave she was wearing? Pomaa couldn’t tell. It was so perfectly blended that the follicles could have easily belonged to this woman if not another. A hint of soft perfume floated around her. Pomaa inhaled sharply for two reasons: 1) to identify the fragrance and 2) to steady herself from the shock of seeing the engagement ring Akoto had offered her around this woman’s neck.

Smiled and floated over to the pair, kissing Akoto on the cheek. “We have a customer so early, Akoto?”

“Yes,” he muttered. “This is Agyapomaa.”

The woman’s eyes darkened with recognition. She offered Pomaa a cold, dark stare and an even frostier greeting.

Pomaa stiffened her back and prepared for a fight. This woman looked absolutely furious. Clearly, Akoto had told her some unsavory things about them.

“How do you do?” Pomaa returned with equal chill.

Akoto stood helplessly between them, like a prize ready for the snatching. The two women stood glaring at each other, assessing what the next words or move should be. It was Pomaa’s rival who broke the stalemate and struck first.

“Do you have any idea how long it took me to build him up from where you left him, Miss Agyapomaa?” she spat. She rubbed her hands protectively along Akoto’s shoulders and kept her icy gaze fixed on Pomaa. “It took me ages to rebuild his confidence in himself. You can’t imagine the things I’ve had to do to get him back to center. But that’s what you do when you love someone. You support and build them, not tear them down as you’ve done.”

So her name was Cynthia? Why did that sound so familiar?

“No, Akoto! She needs to hear it!” Cynthia had come unhinged, pacing the courtyard and grunting her words. “The night you went to Koforidua, I was on the phone with him. Oh, yes! Why do you look so shocked? I pleaded with him not to propose to you, but he wouldn’t listen. What about us and our dreams, I asked him? He said he had to take a chance on you. He chose you over me!”

Pomaa was reeling. Where had this woman come from? And why would Akoto do something so…dirty? Yes, dirty! It was the only word she could think of for this two-timing lowlife. Aba! No, she hadn’t come here for this.

“Look. Cynthia, right? If I had known you had existed, I never would have tried to come between you, okay?” Pomaa’s voice was shaking with fury. “I’m not that kind of woman.”

Cynthia paused her march and shot daggers and Pomaa.

“What do you mean you didn’t know I existed? You’ve known about me for ages! I know Akoto told you about me!”

Akoto held up his hand like a whipped school boy and offered an explanation. “This is my sister; my younger sister. She just got back into the country, so you’ll have to excuse her manners.”

“Yes,” Akoto nodded. “And she was just leaving to go do some work, isn’t that right, Cynthia? I can handle it from here.”

The younger woman curled her lip and spun on her heel. Before she got to the gate leading to the road, she walked back to Akoto and Pomaa and put her hands around her neck.

“I suppose if you’re here, it counts for something,” she snarled. “I suppose I better give him this. He’s probably going to want to offer it to you again.”

Cynthia put the engagement ring in Akoto’s hand, flicked her weave and sauntered off. Pomaa was dazed and confounded by the entire interaction.

“Will you come into my office so that we can talk privately?” Akoto asked hopefully.

“Yes…of course. I think that would be a good idea.”

It wasn’t much of an office. It was more like a closet, stuffed with samples and concepts. As Akoto shut the door, Pomaa was keenly aware of the proximity between them. She could feel the heat coming off his body. It took her back to the night in the mountains.

They laughed at the coalescing of their words. Akoto wanted to go first, to explain everything. He had been struggling for years to support his sister who had won a sponsorship to Israel after they had run away from home. While she was there, had this mad hat scheme that he never thought could work. She was going to study marketing while he worked on making shoes. They could open a shop in the city. It would help if he took on a few apprentices and charged a fee. Every pesewa he’d earned would go into building the shop. Cynthia was also sending money from abroad to get the house they’d bought renovated and ready. That’s why she was so livid when Pomaa came into the picture.

“She felt like you would ruin our chances,” he admitted. “She was afraid you couldn’t believe in our vision.”

Pomaa grabbed him by the bicep. It was steely, hardened by hard work. She felt her breath quickening.

“Akoto, I would never do that. I couldn’t hold you down like that!”

“I still have so much to apologize for,” he said gloomily. “I didn’t handle things with you and Mamadou well at all, did I? It’s just that I was so frustrated with my poverty and my circumstances. There are so many things I want to do, so many people I want to help and can’t, so many things I’m passionate about…”

Pomaa cut him off. He needn’t explain further. She understood.

“I heard what you did for him, Agyapomaa: That you rented out my place for Mamadou to stay in. I’m grateful.”

“I didn’t handle your poverty very well either, did I?” she asked, her eyes cast downward. “I’m ashamed to admit it, but that’s the truth. I let what other people thought control my actions. And you were right when you said I was being no better than Madame Okoye. I should have been more generous than that. I should have paid more attention to you, not your surroundings.”

“And now that I am master of all I survey, am I worthy of you?”

“You’ve always been who you are, Akoto…”

Her voice trailed off. What more was there to say? The silence between them had become so thick it was suffocating. Akoto could bear it no more. He claimed Pomaa’s mouth with his, as though the posterity of his soul depended on it. She responded, wrapping her around his neck and fusing her body with his. She would have him in the office if she wasn’t so certain every worker between there and the street wouldn’t hear their lovemaking.

She broke away from his embrace to pull an envelope from her purse, grinning as she tapped it.

“Since you brought Madame Okoye up, she gave me something before I left Nigeria that I think will be really useful. We can use it to get to know each other without any cultural pressure or expectations.”

Akoto furrowed his eyebrows. What could a witch like Madame Okoye give them that would be of use?

“Two tickets to ‘anywhere but here’!”

‘Victorian Morality in the Gold Coast’ by Guest Contributor Agyaakoo

Guest Contributor Nnenna Marcia: How to have a truly ‘cunnilingual’ experience

15 comments On LOHS: Cinderella Gets Her Pauper