What it means to be bisexual 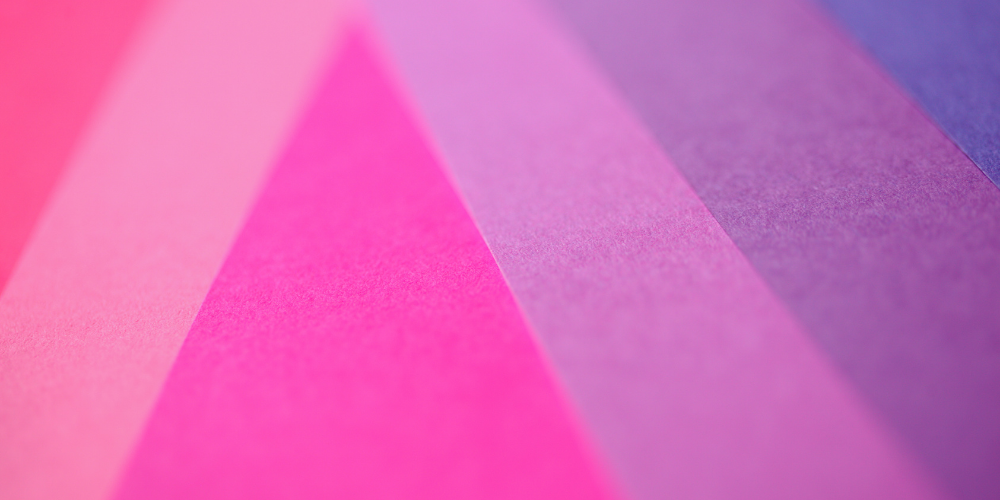 Happy Bisexuality Day to everyone! I decided to do this blog post about being bisexual since today is the day that our sexual orientation is being celebrated around the world.

I knew that I liked girls from the time that I was 4. I don’t have a lot of memories about my childhood because I think I blocked most of them out after I was molested by my uncle. However, one of the few memories I have is of me having these childish yet very sexual romps with a certain female relative of mine who must have been 6. Anyone who says that children don’t know anything about sexuality is sorely mistaken. It’s been proven that babies start masturbating even in the womb (google it).I knew that I liked boys from the time I was 11 when I had my first crush on one of my classmates whom we shall call Kwame. I thought Kwame was pretty cute- he had this chubby face with dimples & I thought he was amazing.

Fast-forward to my teenage years & I ‘forgot’ that I was bisexual. When I say I forgot, I don’t mean that I literally forgot or that I didn’t feel attracted to guys & girls anymore. I mean that because I was growing up in a homophobic society & I attended a homophobic church where they spoke about how those who were supi (lesbians) were going to hell & would become infertile & end up spiritually married to their lesbian partners… because I was growing up in such an environment, I repressed or denied any feelings I had towards women.

However, I kept having crushes on girls which I pinned down to just ‘liking them a lot’ hahaha. I had a crush on almost all of my besties ( I have 7 female best friends) yet I kept convincing myself that it was just that I loved them a lot- I can hear you saying ‘yeah right’ hahaha. All this was happening side-by-side with me having crushes on guys too & thinking that guys were hot and stuff.

Anyways, by the time I finished secondary school, the strangest thing started to happen. I don’t know how to explain it to you guys but let me start by saying that my true feelings & thoughts are always revealed first thing when I wake up in the morning. I go to sleep & at that moment of awakening, any feelings, truths etc that I’ve been suppressing come rushing back & I can hear them clearly in my mind (see I told you I didn’t know how to explain to you guys). So, after secondary school, I started waking up in the morning just knowing that I liked women & yearning intensely to be with a woman. I guess for those of you that are straight, I can just explain it to you that it’s like the feelings you had when you were coming of age & you start intensely desiring the opposite sex, dreaming about them etc. that was how it was for me just that it was with women, but I simultaneously had crushes on guys & sometimes woke up yearning for a guy too.

In the university, I had my first boyfriend. He was soooo handsome & I loved him a lot & we did everything but had sex because he was so ‘chrife’. Infact, on one occasion as  we started to makeout, he started speaking in tongues 🙂 –  that’s another blog post right there, lol! We broke up shortly thereafter & I started hanging out with 3 of my best friends for emotional support and stuff. One night I went for a sleepover at one of my besties’ room. She lived in a hostel with another roomate who had gone for all night prayers at that time. I was sleeping in my best friend’s bed (totally normal on any Ghanaian campus I tell you) she came to lie next to me. In that moment, I was so overcome with how nice she smelled- she smelled like a mixture of citrus & vanilla. I was blown away with how good she looked, she had the shiniest ebony complexion in the world & by now, after reading my blog posts, all of you must know that I’m very partial to ebony skin tones. And I was totally taken by the nightgown she was wearing, red & pink with a pink bowtie at the neck which showed off her decolletage. I don’t know how it happened but somehow, in the middle of talking, we ended up kissing each other then kissing led to fondling each others boobs and we ended everything by giving each other handjobs.

We never made out again after that encounter. I spoke to my pastor about it who said I should come for deliverance because I had a spirit wife (from the bottom of the ocean) who was making me desire women. She spoke to her pastor’s wife who said she should break off all contact with me because after what we did, we had established a ‘soul-tie’ that needed to be broken. I felt like my heart was breaking in two when she started ignoring me & it took a long time to get over it (we’re friends today, she came back after 3 months of not talking to me).

My next sexual encounter was also with a friend, let’s call her Susan. This was during the period when I was in law school & this time our first sexcapade happened in my hostel. I had always thought that she was hot- she had an hour-glass shape & there was something very sexy about her. We ended up making out several times- it was the first time that I tasted a woman’s pussy & I love it! I was shocked at how misogynistic my culture had made me. Before I ever went down on a woman, I had bought into the myth that as women, our vaginas were naturally unclean, & we needed summers eve & other stuff to make it smell better. And having grown up in a homophobic country, I could hear the voices of preachers who had talked about how gross lesbians were to suck on each others’ ‘dirty’ vaginas. But the first time I went down on a woman, it wasn’t gross. It was just as cool as giving a man a bj. My friend and I dated for one whole year. In that time, our colleagues kept wondering why we were so close & always together etc. If only they knew heheehee.

Maybe at this point, someone else would have identified as a lesbian. However,  I knew I wasn’t a lesbian but bisexual because even though I loved pussy, I also loved dick very very much! I had crushes on women but I also had loads of crushes on guys. So after I dated these wonderful women, I went on to date Tony (whom I’ve blogged about) & my ex-boyfriend (whom I’ve blogged about as well). I however hid my sexual orientation from my family (still hidden apart from my sister whom I’ve told), my friends (I lied to them that I was straight) & from this blog. Don’t ask me why. It was probably because I hated my orientation at that time & was denying it.

Being bisexual doesn’t mean that someone is greedy or can’t be satisfied or is confused. It rather means that the person is able to love others no matter their gender. When I was dating Susan, she satisfied me completely & in every way possible. I wasn’t thinking of having sex with a man neither was I thinking about anyone but her. When I was dating Tony, he satisfied me completely. I wasn’t pining to be with a woman in anyway.

Similarly, just because I’m bisexual doesn’t mean I want to have threesomes. I’ve never been in a threesome my whole life & I’m not planning to be in one. I’m strictly monogamous when it comes to all my relationships. Being bisexual doesn’t mean that I’m a witch or I’m demonic. I go to a church which is lgbt friendly, I pray & I’m ok with my god. For those of you reading this who are Christians & feel that everyone who’s bisexual is a child of satan, I’d recommend that you consider that people felt the same way about divorcées years ago because God says he hates divorce, Jesus said divorcés are adulterers & the bible says all adulterers are destined for hell. However, somehow today, few pastors will tell an abused woman to stay in her marriage & that part of the Bible has been justified away to the extent that the pastor of the biggest charismatic church in Ghana today is a divorcé. So why then do people take the bible literally about homosexuality when all the leading psychologists, doctors, scientists have proven that homosexuality is absolutely normal & that sexual orientation cannot be changed? Why do pastors keep saying ‘even dogs & pigs don’t do it’ when we now know that more than 1500 animal species engage in homosexual acts? (example, bonobos with whom we share more than 98% of our DNA regularly engage in lesbian & gay acts) Why do we keep saying that it’s unAfrican when we know that the Azande warriors for example used to take male lovers?

Accepting my bisexuality has been a difficult but fulfilling journey for me. I have had mental health issues & attempted suicide twice because after being raised to think that LGBT people were evil, I couldn’t embrace the fact that I am one. But these days things are much better & I’m very happy & comfortable with my sexuality. I finally accepted my sexuality when I came to the US one year ago & moved to San Fracisco (the gay capital of the world lol). I took a trip to the Castro district which has historically been a place for most gay men to live & work & as I walked through the neighborhood & interacted with other openly queer people, I realized that there’s really nothing wrong with being LGBT. Around the same time, I started reading the blogs of two very beautiful bisexual women- one was Ghanaian & the other Nigerian. They were both very accomplished, put together, admirable & courageous women & after I discovered that they were also bisexual, I suddenly realized that being bisexual didn’t mean that I was going to be among the riff-raffs of society or some castaway. Both women have encouraged me a lot and I’m very grateful that I met them. To those who are homophobic or bipobic or other wise bigoted I say ‘We’re queer, we’re here & we ain’t going nowhere’.

PS: I’d love to hear from other bisexual men & women.

Feminists of Colour – call for submissions

Love brewed in an African Pot

43 comments On What it means to be bisexual