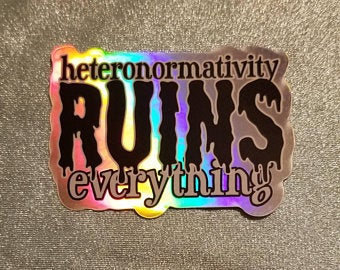 Nhyiaeso is a suburb of Kumasi, and there are five women who have – and always will – run it.

Auntie Dina was a reformed go-go dancer who had found Christ in 1979. That was the year disco died. She had buried her barely there, booty hugging shorts and white boots with the era, but Frema and Pomaa had both suspected that the years of heavy drug use and wanton sex had fried her brains. The two had once discovered not-so-well-hidden pictures of Dina with a line of coke on her belly, pubic hairs peeking just above her metallic underwear and man staring into the camera lens above her near nakedness, like a viper about to strike. Auntie Dina often proclaimed that she had heard the audible commandments of God (but only through the voices angels, her previous sin life having been so dark and expansive) and spoke with authority on all things amoral.

Then there was Auntie Obaapa, the former mayor’s wife. No one knew how she got into the inner circle of the Nyhiaeso Council. She just kept showing up for lunches and dinners until she became a permanent fixture. She had no eyebrows and always wore a wig. Pomaa suspected that she might be bald all over; even down there.

Only the grimmest or most pleasurable occasions drew Auntie Aba from the recesses of her garden. And since no one had given birth or gotten a promotion, there could only be one reason she was sitting in the Agyemang family living room.

Ernestina Agyemang and Sinticlaire Gyasi rounded out the group: The Formidable Fab Five; the Nhyiaeso Council; the Dames of Doing Good – or whatever moniker they saw fit to dub themselves at the moment. They had come for Pomaa, and that’s all she needed to know.

Frema’s mother – Sinticlaire – extended a slender bejeweled hand and motioned for the younger women to sit down on the two distinctly placed stools in the middle of the room. Siniticlaire was the wife of Ato Gyasi, a multi-millionaire mogul who had dealings in diamonds, timber and oil long before it was “discovered” in Ghana. Being the wife of a man of such means meant she had vast lifestyle choices – one of which was to rarely speak English in public. Auntie Sinticlaire spoke her native tongue with the type of purity one hardly hears in Ghana anymore. However, though she never infused English into her discourse, she spoke Twi with a distinct British accent. She was as odd as her daughter.

Pomaa tried to get her mother’s attention for a sense of reassurance, but Ernestina was busy knotting and unknotting a gold tassel on one of the many throw pillows that commandeered the living room. A familiar shadowy figure passed by in the corridor.

“Daddy!” Pomaa squeaked. Her voice was a plea. “Daddy I haven’t greeted you yet! Are you well?”

John Agyemang looked up from his newspaper, glanced around at the audience in his living room and shook his head. He tucked his newspaper under his arm and whistled a jaunty tune before disappearing into his study. Experience had taught him long ago not to interfere in the matters of this group of particular women.

“You are looking so skinny, Agyapomaa,” said Auntie Aba. She her tone was so desolate that Pomaa feared she was in danger of dying of hunger. “My mango trees have born good fruit this season. I will send my boy to bring you a basket tomorrow.”

That was one down. Not so bad.

“And what is this I hear of you leaving your business in Nigeria for someone else to take over?” Auntie Obaapa scolded. “You can’t return to Kumasi and do nothing. You will have to make yourself useful, eh? Come and see my husband next week. He has some projects you can take on.”

“Holy Spirit? Are you speaking to me through your messengers?” Auntie Dina began to wail and clutch at her belly. This display was always so much more fun when Pomaa wasn’t the target. Frema gave her a side glance. Pomaa kept her eyes straight ahead.

Ei. How did this woman know?!

Pomaa looked at Auntie Siniticlaire and her mother, trying to puzzle together who would be the next to “advise” her. Ernestina put her hand on top of Sinticlaire’s signaling that it was her turn to go next.

“You know, Agyapomaa, I have always been so proud of you,” she began.

“But I have been thinking: Maybe Madame Okoye was right about one thing. When I birthed you, you were so beautiful. My baby girl. The child of my old age. But I knew this world would be hard for you, because you are dark. You took the coloring of your father.

Pomaa felt her spine go rod iron straight. Her eyes, once wide with anticipation were slit in suspicion.

“What are you suggesting, Mama?”

Ernestina seemed to be struggling to find the right words. Sinticlaire nodded for her to continue, to be strong.

“Maybe you should consider doing a bit of skin lightening. Not much…just a little. And then your complexion can be more brown like Frema’s.”

This sensation of having the wind knocked out of her was getting old. Pomaa struggled for breath, struggled to keep her composure. Was her mother really insinuating that her marriage had failed before it began because she was not light enough? Was she too dark to be of use to anyone?

“Oh, no, that’s not what I’m saying,” Ernestina replied. “In fact, one of the reasons I married your father was because his mannerisms were like those of a White man. He’s very kind, very intelligent, very thoughtful…”

“But because I’m a dark, black woman, I can’t be any of those things? Is that what you are saying, Mama?”

Pomaa stared at the woman who had nursed, cared for and cried over her for thirty-two years. This toffee brown woman whose ears turned red when she was angry, and whose eyes transformed into pools of Lipton tea when she was happy. She was a stranger to her now. Pomaa didn’t know this woman sitting before her.

“You are not my mother.”

“I said ‘You are not my mother!’ No mother would say the things you are saying to me now!”

Frema clasped Pomaa’s hand and tried to calm her down. She snatched it away and sprang to her feet, pacing the room.

“It’s one thing for Madame Okoye to pull this, Mama. I can expect that from her…even accept it. But this…” Pomaa’s eyes welled with fresh tears. “This is the worst pain I have ever felt. How can you even suggest this to me? You have never been proud of me! My whole life you have been lying!”

Ernestina sat, stunned and frozen. Wasn’t this what the Council had agreed on? Didn’t they predict that Pomaa would see the wisdom in what she was saying? Wouldn’t she see it was for her own good? When Ernestina began to silently weep, Auntie Obaapa took Pomaa by the elbow and led her outside to the veranda.

“You know your mother is sensitive,” Obaapa whispered. “And you know she would never say anything like this unless she felt it was for your own good.”

Pomaa swallowed the ever growing tight lump in her throat. She needed to get away – to escape.

“Auntie. I know you have all come here for my good. I’ll take Auntie Aba’s mangos and eat until I become a horse. I will come and see your husband about any projects he has available. I will even eventually stop having wet dreams about Femi. And tomorrow, I will visit Auntie Sinticlaire to find out what her advice is. I know these things come in fives.” Her next words were dark, sinister. “But as for this skin bleaching nonsense my Cape Coast mother born has suggested, it will NEVER happen. I’m Ashanti black, and the world will have to deal with it.”

Pomaa spun on her heel and stormed off toward her bedroom, leaving Obaapa in a confused haze. This had not gone as expected. When she stepped back into the living room, the other members of the Council looked at her expectedly.

“Will she come back?”

Obaapa shook her head, no.

Sinticlaire sighed. “Then she will go to bed in anger, and will not hear my advice.”

“What advice is that, Mama?” Frema, still shocked by the quick and horrible turn of events looked at her mother.

There was nothing else for the Council to do at the Agyemang house. They hugged each other goodbye and prepared to leave. Those who had come with drivers summoned them to spark their cars and get them cool. Auntie Aba was the only one who ever walked home. She liked to look at the trees and remember a time when the whole neighborhood was shaded by thick foliage. When Pomaa saw her father’s familiar silhouette glide into the living room and scoop her mother into his loving arms, she drew her curtains and flopped on the bed in disgust. He always loved his wife, no matter how ridiculous she was. Surely he had heard the conversation? Hadn’t he heard the things her mother had said about him…his color?

That settled it. Tomorrow, she would begin looking for work. She would not stay in a home where she was neither appreciated nor accepted

Dream Wedding Magazine: ‘How to have good honeymoon sex’

6 comments On LOHS: The Nhyiaeso Council