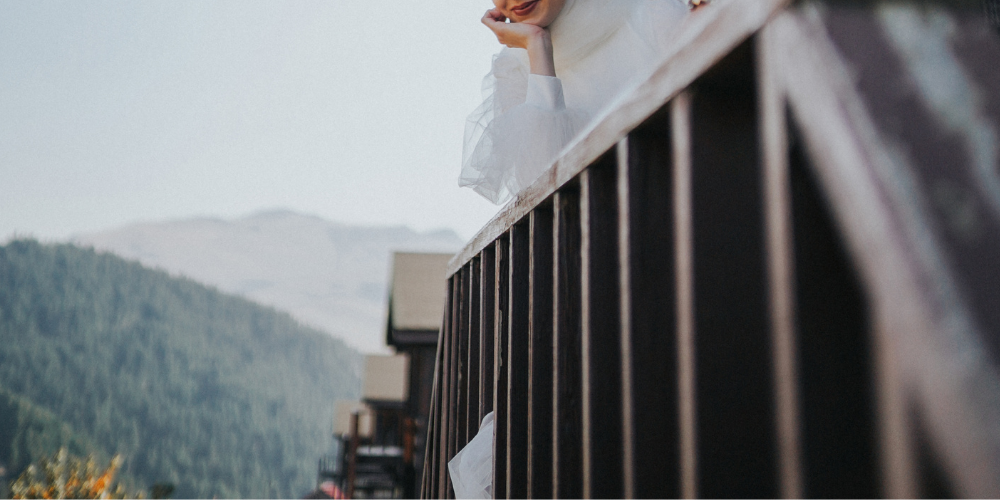 “Why does he keep sending you notes on exercise book paper? Doesn’t he have a cell phone?”

“I don’t know…I’ve never asked him for his number.”

Pomaa took a carefully folded piece of paper from a flip flop shod boy, gave him a sweet and sent him on his way. Frema sniffed in disapproval. This was not the proper way to woo a woman. Where were the flowers, hampers and bottles of wine? What kind of man was this mysterious Akoto?

“He’s showing small boys your house,” Frema warned. “You don’t know which of these is a thief!”

“None of them are thieves, Frema,” Pomaa replied absently. She was engrossed in the details of her latest note.

Are you well? How are your wounds? I can still feel the softness of your skin on my fingertips…

It had been four days since the encounter with Mamadou in the park, and each day – several times a day – Akoto had sent her a handwritten notes to enquire about her health, to make sure she felt safe, to tell her how much he had been thinking about her. She closed her eyes and recalled the tenderness with which Akoto had attended her injuries. The heat of the first kiss she’d shared with any man since Femi abandoned her still tinged her lips. It was deep, passionate, trusting… The sigh that escaped her was involuntary, and she relished in it.

Frema lunged forward to snatch the little piece of paper from Pomaa. “Ei. What did he say this time that has you grinning like a Cheshire cat?”

“I already shared the first three with you. Allow me some privacy!” Pomaa dodged her grasp and stuffed the paper in her bra, wincing as a sharp edge poked her nipple. “Besides, you will meet him when we go to dinner this weekend. Dennis will be joining us, right?”

“Yes. Dennis will be there.”

Something in Frema’s tone betrayed gloominess. She was normally effusively (and annoyingly) bright when the subject of Dennis came up. This afternoon she was too quiet.

“Is something wrong between the two of you?” Pomaa asked gently. Frema’s relationships were like an unstable atom. If they were confined in the wrong environment they would gather moment rapidly and eventually shatter the delicate decanter Frema housed it in. Pomaa had always been there to pick up the pieces, but things with Dennis were different. She believed that Frema genuinely loved him.

Frema eventually confessed to what was troubling her. “Things aren’t going well for him here in Ghana. He had such high hopes about making a life here. Went abroad, got a degree in engineering, came back to do some work to solve some problems…”

“And make some money,” Pomaa interjected.

“Ah. Of course he came back to make money! He’s not a saint. And my god, he fucks like a demon possessed. The boy is a champion…”

A leaf from a nearby nimtree floated onto the veranda where the two women were sunning themselves. Frema scooped it up and gently tore it to shreds, contemplating dark days ahead without Dennis. She couldn’t bear the thought of it, she admitted. The reality of it might send her into a dark depression. She’d seen him every week for the last 3 months and spoken to him daily. She wasn’t ready for any of that to change.

“He’s not trying hard enough!” she said, erupting suddenly. “If he really wanted to stay, he would try harder!”

Pomaa pulled her friend in close and gave her a quick hug. Frema needed physical affection. It was like oxygen to her.

A thought suddenly occurred to Pomaa. “What if I brought Dennis in on my park project? I need an engineer on my team, and Uncle Ekow might take the project more seriously with a man on the decision team.”

Pomaa hated to take advantage of Dennis in this way, but he served too many purposes that would serve her own gain. He was imposing figure and intelligent to boot. He just wasn’t connecting to the right people. She could introduce him to the head of Metropolitan Assembly and move the process along from there. Success in Ghana wasn’t so much about what one knew as it was who. She pitched her idea to Frema, who brightened instantly. Of course he would say yes!

“I’ll give him the blow job of his dreams if he does,” Frema said determinedly. The faraway look in her eyes made Pomaa’s skin prickle. She had not yet been able to shake the image of Dennis’ face between her best friend’s legs on her bed. This was not another picture she needed dancing in her consciousness.

“Spare me the details of how you get him to say yes and just let me know when he does, okay?”

Pomaa stood and pulled Frema to her feet saying, “Come and help me choose what to wear to dinner this weekend. I want to make a good third impression.”

Frema practically skipped to Pomaa’s bedroom. She had always enjoyed dressing her friend for important occasions. She threw the wardrobe open and examined the contents, pulling out several dresses and skirts, muttering about possibilities. She paused suddenly and looked at the choices critically.

“What you say Akoto did for a living?”

Pomaa froze, knowing what Frema’s reaction would be if she told her the truth about his occupation. She would get a lecture about being part of Ashanti Aristocracy and one’s social class.

“He’s…he’s in fashion,” she murmured.

Frema clapped her hands. “Great! Then we’ll go for something extravagant! Maybe I know him after all. I’m surprised I haven’t heard his name. You know I’m very big on the social scene here in K’si.”

Pomaa nodded absently and let Frema chatter blissfully. A deep pit had begun to grow in her belly, the type which only a disaster could fill.

Dinner was at Kentish Kitchen. Pomaa had chosen the location carefully, deliberately and selfishly. Her pride in her heritage ran incredibly deep and she relished any opportunity to immerse herself in her culture. Kentish was located in the Kumasi Cultural Center and rarely saw any action from the locals unless they were those like herself that enjoyed Ashanti culture. There were no pesky “burger” returnees to contend with, and she could easily ignore the expats who complained about poor service. Pomaa went to Kentish to look, listen and more importantly, to feel. The slow service meant that there would be ample time to talk to Dennis about the project over drinks. Frema balked when Pomaa announced the decision for where they would eat. Kentish, she said, was just not posh enough.

“What about Nobel House or Vic Baboo’s? Ewurade, I’d rather put on my party dress and eat at KFC than Kentish, Pomaa!”

Despite her protests, Frema did not turn up in a pink party dress in defiance. She arrived on Dennis’ arm at 6pm, looking very chic in dark washed denim, a kente and silk peplum top and black patent platform heels. Pomaa patted the seat next to her and smiled at Frema.

“I’m so glad you could make it, Dennis,” she said cheerily. “You must be weary from flying so frequently.”

Dennis reached for Frema’s hand and kissed it tenderly. “Frems always makes it worth my while…”

“Frems”? Yesu. This was going to be a long night…

“He should be here soon,” Pomaa said evasively.

Dennis raised his hand as if to get permission. “What are you guys talking about?”

“He’s not my boyfriend,” Pomaa shot back. “And of course he has a cell phone!”

But did he? She couldn’t even be sure…

“Could that handsome fellow there be him?” Dennis joked pointing to a man approaching their table. He was carrying a huge polythene bag. “Maybe the mystery is about to be solved.”

And he did look handsome. Dressed in pressed khaki pants, a batik buttoned down shirt and dark skin gleaming like fresh plum ripe for the picking, did he look ever so handsome! But why was he carrying a polythene bag into a restaurant like a villager? Pomaa smiled through her distress and hugged Akoto awkwardly.

Yes. The directions on the note she had written were very clear. He knew the restaurant and the area very well.

“I brought this for you,” he said quickly. “I hope you like it.”

Pomaa looked at Frema’s face as she received her gift. Why was she staring at Akoto so hard? She didn’t like him. She could tell. She didn’t even know him. Frema could be so judgmental! Pomaa reached into the bag and held its contents in the palms of her hands. It was a pair of perfectly crafted ohema sandals, decorated in the most vibrant green and gold on the borders. The choice leather, tanned to perfection, smelled and felt so divine that its texture against her skin caused ripples to course through her body. Nothing made her as aroused as a new pair of shoes…and these were fit for royalty.

In that moment, there was a chain reaction of events. Dennis kicked himself for coming, as he had done for weeks, empty handed to Kumasi; Pomaa was basking in the glow of such a precious gift; Akoto was ecstatic that his gift had made such an incredible impression; and Frema gasped in anguish.

She grabbed Pomaa’s hand and pulled her outside to the veranda where they could speak in private, instructing the two men to discuss football – or whatever – until they returned.

The words could not make their escape from Frema’s lips fast enough. “Pomaa. Pomaa! He’s not in fashion! I know that man! I didn’t recognize him at first, but when I saw the shoes I knew!”

Pomaa urged Frema to calm down. She was getting excited for nothing. It was okay.

“It is NOT okay, Agyapomaa! The man is a shoemaker! He repairs broken shoes for a living! He lied to you.”

The silence between them was so thick that neither woman knew how to fill it. After an eternity, Frema began to fervently pray in tongues. When that didn’t soothe her spirit, she prayed in Twi. She was asking God to guide her friend away from foolish folly and to consider her future. She was not in her right mind! Pomaa had listened long enough. She was going to go inside and enjoy her dinner – if and when it arrived. Frema could join the group when she was ready.

‘Loving Him’ by Guest Contributor Grace