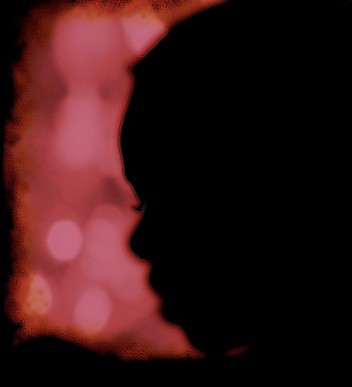 In June, I met this great artist who works with women and underprivileged kids.

After we met he sent me an email asking if we could grab coffee. I said yes adding that  I wanted to do an interview with him …so d’une pierre deux coups.

When we met I saw that he was in a flirtatious mood. I even laughed at him because it felt absurd. There he was, a guy that I’ve known for less than 48 hours. I pointed out that he was  flirting, and told him that I wasn’t interested. He smiled and we start talking about politics, work, sexuality, taboos, myths about monogamy, etc. I thought he had realised that I was a human being worth speaking to, and not just someone he could possibly sleep with.

At some point I said that I had to go because a friend was going to pick me up in the neighborhood. We went outside, my friend called and said that he was running late. I started walking towards the meeting place and he took the same direction. “My house is right on the corner, you can come and wait there” he said I responded, .” Lol! It might not be that good of an idea. I don’t even know you. But hey, I need to pee anyway and statistics have shown that women are more at risk of being raped by people they know”.

We laughed and went to his apartment. After I went to the bathroom I said,

”Thank you. Let’s do this again sometime”.

Then he started bargaining.

”Stay for one drink”

“You haven’t even seen my atelier”

“Let me show you the balcony”

He was saying all that while trying to pull me toward him. FYI, he lives on the 7th floor and I was afraid he was going to throw me over if I refuse to sleep with him. I wasn’t  paranoid, just didn’t know what he was capable of.

I pulled him toward the door. He held my waist while I held my hand up over my head repeating “I don’t consent to this, you are scaring me, no means no, let me go “. was saying all these words to avoid being raped and he kept trying to pull me into his room. I realised that he was not listening to me, and started to feel really fearful for my safety. I wondered if he had been abused as he had not wanted to talk about his family. I’m not making any assumptions here, I needed to think fast. I  touched his head with both my hands, looking him straight in the eyes and said “I find you very hot and sexy but if I sleep with you today I will regret it because it is too fast”. After saying that, he took his hands off my waist and that was my opportunity to grab the door knob. When I was safely behind the door, I poked my head into the room and said, “this is not ok, if you keep at it you will end up in jail” and I left the building more scared than I could imagine.

This was two months ago. We never spoke again until today when we met at an event. We were both there to help our friend.. I decided to confront him. I’m well aware that confrontation is not the solution for everyone but I was feeling confident and in a mood to do some education because this matter is not individual. Patriarchy lets men think that our bodies are for them. They think they are entitled to have sex whenever they feel like it. So I said:

“I haven’t heard from you. Have you thought about what you did and how bad it was? I’m not asking for an apology but I think that as a human being you should be informed that no means no. I’m saying it  to prevent an assault for another woman.”

He looked at me like this was a new to him and had the nerve to tell me,

“I don’t get it. I thought we were having a moment. I might have misread the situation. I would never rape you or anyone else.”

Listen, when you keep trying to kiss somebody who keeps her mouth shut the whole time and  opens it only to repeat “I’m not consenting to this. No means no” you cannot use the “misunderstanding excuse”. It is not available to you. Am I silly to keep forgetting that I’m a woman and as such, there will always be some sexist men who think that my vagina is for him to enjoy without me agreeing to it?

So as a fellow  human and my brother please note that even if I did say yes after you pushing me that much, it would still mean no. I don’t specially need to talk about it again.  I just wanted to tell you that what you did was not ok.

So ladies what are your thoughts? Have you ever tried to confront men after an experience like this? What was your experience? Should we still choose to educate men?

“I wish Nana was my wife”: Notes from a conversation with my watchman

Queering the Space; Safer Sex and Owning Your Pleasure

Should the Conversation of Consent be Culturally Packaged? by Guest Contributor Efua