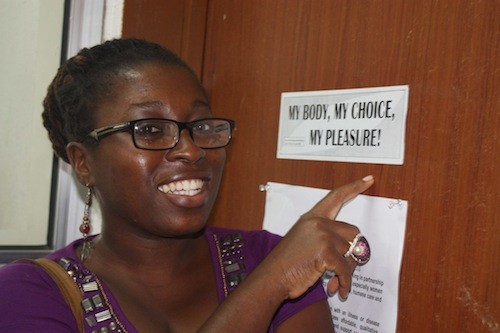 I’m not convinced that monogamy works – at least not for me. In my primary relationships there’s always been a point where I’ve felt like, ‘oh my god, I need to sleep with someone else’. And this desire to sleep with someone else has had nothing to do with whichever relationship I was in. I could have felt loved, been having amazing sex, but a year, two, or three down the line I inevitably miss the excitement of sleeping with someone new. And so finding myself newly single in recent months I have decided to give polyamory a go. I’m not having much luck though. I’ll tell you why.

Did you read my blog post, ‘Don’t sex the ex’? I think I need to re-name that ‘Don’t sex your most recent ex’. I believe its important not to fall into the habit of sleeping with (your most recent) ex because that makes it a hundred times more difficult for either of you to move on from the relationship that has just ended. But of course one of the ways (not necessarily the best way) to get over a relationship is to have a different relationship…but I digress, so back to my efforts at polyamory. In recent weeks I started chatting and sleeping with an ex fuck buddy. I told him about my desire for openness and honesty in my sexual relationships, and asked him if he would consider telling his girlfriend about his desire to sleep with me. He was adamant that he couldn’t. In his words, ‘she told me that she knows I would do my thing, and she doesn’t want to know.’ On one hand I think fair enough, not everybody wants to know who else their partner sleeps with, and he is insisting that she knows he won’t/is not faithful but…how do I know he is telling me the truth? And haven’t I now become somehow complicit in him cheating on his girlfriend? On the other hand I am not in a relationship with her. I haven’t made that commitment not to cheat so that’s on him not on me.

I also decided that I didn’t want to make this guy my only lover and that I would also look for a woman fuck buddy so I asked one of my friends to hook me up and she did. But Ama’s (not her real name) situation is also hella complicated. She is married with children, and although her husband knows that she’s been attracted to and had sexual relationships with women in the past, she doesn’t feel she can be honest with him about her desire to start a relationship with another woman. She is also happily married but would really like to have a separate relationship with a woman. Again this is another situation where I will be the third wheel – being the third wheel in and of itself is not an issue for me. The other wheels not knowing about me is what I find challenging.

Is this a challenge particular to Ghana? Polygamy (where men have multiple wives) is common and for the most part accepted/tolerated in our society but not Polygyny (where women and men have multiple partners). I feel like in real Ghanaian lives most people are consciously or unconsciously in polygamous relationships. From my observations, and anecdotally, I feel like a lot of people cheat on their partners, and the emphasis is on not being caught/not ‘disrespecting’ your partner by being caught. Instead of this hypocrisy could we move towards a model where we are rather honest with our partners about our desires and negotiate agreements that work for both or multiple partners? Could polyamorous relationships work in Ghana? Are you in an African country and in a polyamorous relationship? Share your thoughts

Nana Darkoa on Viasat 1, Mon 19th October at 9am

18 comments On Can polyamorous relationships work in Ghana/Africa?