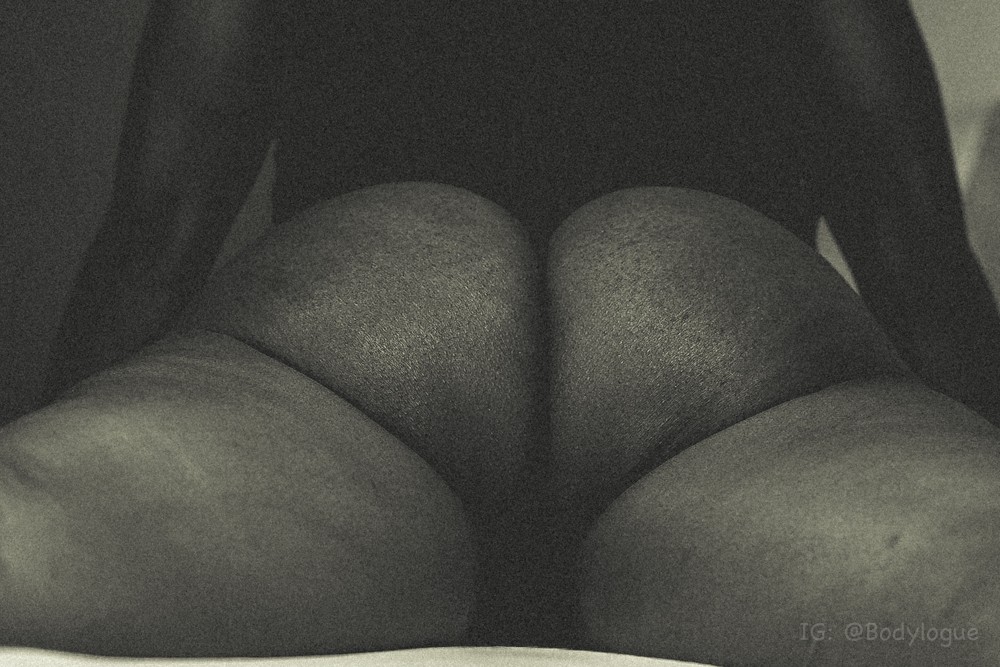 But for the light that seeped through the curtain from the bulb outside, only a lamp on the nightstand lit the dark room.

His eyes gloss over her body, memorizing its outline which has been subtly highlighted by the available light. He would need the imagery for later. For now, they have to get down to it.

She looks up at him expectantly with eyes so clear and innocent that one would never think she does this for fun. She enjoys it as he stares at her and wishes, like other times before, that he wasn’t who he is – a man in total control. She longed to know more of him; not just physically, but go to depths that he kept so well hidden behind his instrument. I want this man, she thinks. I want him to do more than he always does to me. I need him to go deeper and I want him to know more of me – inside and out.

She’s so beautiful, he thinks. Within, he knew he’d give anything to break his own rules.

But for the reputation he fought to maintain, he would have allowed himself extra liberties and caress that dark chocolate skin which glows so effortlessly, kiss those full lips that part with such elegance to reveal a perfect smile or let out that contagious laughter, and run his hands through her luscious, nappy mane.

“This session is going to be different. I want you to feel your way through it. Work with me; close your eyes, listen to my voice, heed my words and stay in tune with yourself.”

He caresses her slowly where permissible – her neck, shoulders and arms. She bites her lips and sucks in her breath sharply.

He steps back and grabs a hold of his instrument as she continues caressing herself. She feels her breast and holds her nipple taut. He gets close till his lips touches her earlobe and whispers “That’s it babe. Feels good doesn’t it?”

He walks around her observing the light falling on her skin. He feels his own arousal and holds up his instrument to continue….

She traces her right hand down and holds on to a boob allowing her nipple tower between her index and middle finger.

She moans and arches her back. He gets down lower and closer. He inhales her aroma and clicks. He works his left hand halfway down her inner thigh and feels her shudder.

He can hear the moisture between her fingers and her pussy. Click.

She moves along to his words as each is punctured by the sounds of his shutter, and does nothing but think of him doing all he’s saying to her right there. She obeys without question and lets herself go.

She strokes and rubs harder and faster, tugs and toggles her nipple more and more and dips her fingers deeper, picturing them as his member inside of her.

She obeys, wondering what’s to come next.

He draws closer and whispers “rub that pussy on the satin sheets, show me how you do it.”

Lying flat on her stomach, she takes her fingers out ever so slightly so that her clit rests just in the middle of her palm and works herself close to climax.

He watches her pick up the pace and observes her ass cheeks clench and relax. She moans louder…

“When we’re done I want to know that all of you is on those sheets. Do what you gotta do babe”.

Just before she breaks out in abandon she allows herself to pause, slips her hand from beneath herself and rubs her clit on the bare sheets, spilling her wetness as she crashes.

Struggling to catch her breath, he focuses on capturing this moment of ecstasy that he knows he can never dare to give her, but still gets to preserve for the rest of time on his lenses.

The woman who married six and a half men