Why Plus Size Girls Often Feel Like Sexual Experiments? 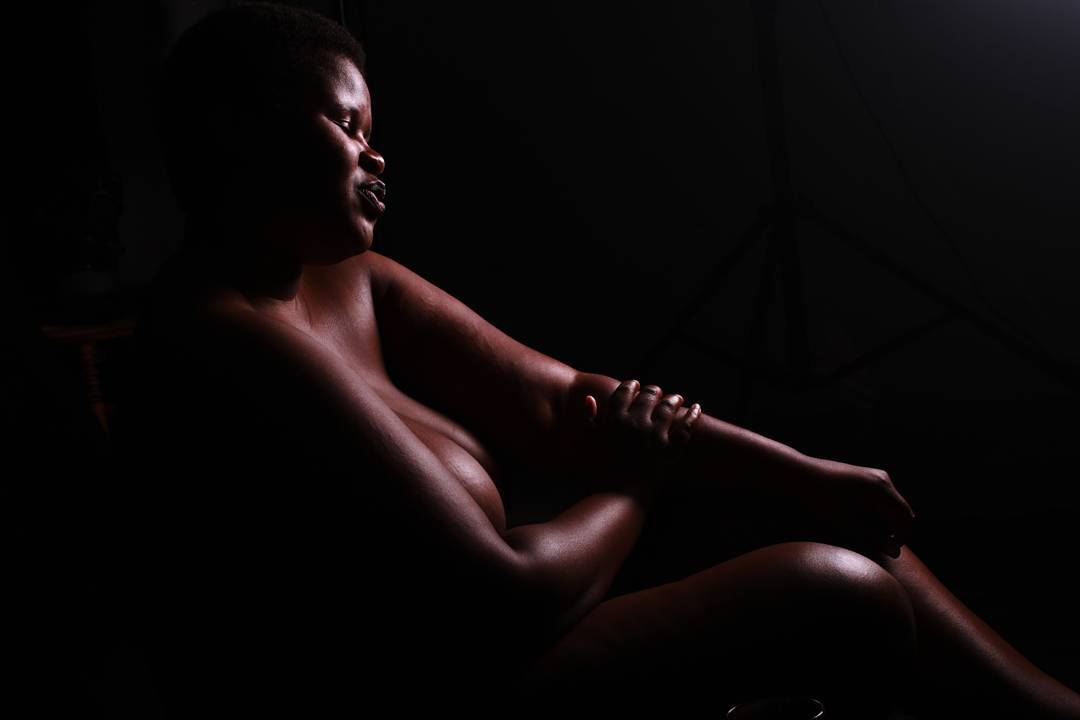 ‘Nobody is going to want to marry a fat girl; you need to lose weight now. Do you see how your aunt struggled with weight loss when she was older? She lost weight because she knew nobody wants a fat woman.’ – a man I call a brother.

These words stuck with me for a very long time and forced me to try all sorts of diets, just so I could become a “chooseable” woman. My entire existence as a woman  became  centered around being acceptable and being chosen, from the way that I  spoke to the way that I dressed, all curated to make sure that I am desirable to a man.

All the while, having it embedded in me that the shape and size of my body repels those that must choose me, sunk my self-esteem to the depths of hell. You can imagine how I felt when a man showed interest in me: absolutely disgusted, naturally. As a person who had been made to feel like a piece of garbage, I was disgusted on their behalf.

“Men want light skinned women with a ’Coca-Cola bottle’ body; you elephants are our playground. It’s nothing personal, you are just not desirable. No man wants to take a fat woman to their mother.” – a man I once called a friend.

Unsurprisingly, nobody is talking to a 6-year-old about sex, but unnecessary commentary on their body size is still being made. You would think that children would not remember the snide remarks years later, or that it would not feed into who they become, but you would be wrong.  I remember a relative telling my guardian that I had to be put on a diet because I was just becoming too fat for a girl.

Therein begins the problem: what does that statement mean? It is either I am too fat or I am not; why did my gender fit into the conversation? My guardian quickly defended me and said ‘it is just baby fat, it will go away.’ I held onto these words for so long and I think a part of me was waiting for the baby fat to fall off so people would see how beautiful I was. This was partly because the commentary I received was always about my body and never my inherent beauty whereas those with slimmer bodies were always told how beautiful they were.

I would sit in front of the mirror and replay the conversations adults had about my body before I imagined what they would become once I had lost the weight. It broke my heart to think that adults really had me believe that my body made me ugly and that there was a swan experience coming for me. It never came.

I loved watching television all throughout my childhood! I found it fascinating, but I grew up in a household that had a lot of children and at some point, we had a timetable stuck on the fridge. It was the only way for everyone to get to watch what they liked. I had mutual interests with some of my cousins so I used my timeslot to watch music videos. Everyone knew that I would head straight to MTV Base & Chanel O.

I did not want to be disturbed at all; I just wanted to drown in the melodies and rhymes. The music videos always had women but never had I seen a single plus size girl in them. Sean Kingston was afraid of beautiful girls, yeah, the skinny girls with the glowing skin. Akon was lonely because he did not have his light skinned slim girl anymore. The boys at school talked about wanting a girl with a Beyonce body. Then the world gifted me with Jennifer Hudson; finally a beautiful talented plus size woman. I saw myself on the tv screen until she disappeared  for a while and came back much slimmer. I raised an eyebrow, and thought to myself, are the things said about fat women true?

Let’s talk about the movies. I loved watching the teen/young adult movies where the girls crushed on the hottest guy in school, who would recognise them and do the cutest thing for them before asking them to be their girlfriend. Then one night under the stars they would kiss, before getting in the backseat of his car and getting it on. Oh, how perfect! Except the girls were always skinny. The only time I would see a plus size girl in a sex scene was when it was forced on her. The boys would always say to them when they were done, ‘oh, you know you wanted it.’ It had me wondering if this was my fate.

The final hit came from the internet, where people kept saying things such as sleeping with a fat girl means you do all the work cause they can barely move their waist. I have seen posts that call plus size women slugs in bed and the save is always, ‘but you should not die before trying them because boy do they have that wet wet!’ For a long time that was my selling point. I used it because it was the only positive thing I had seen being said about sex with a plus size woman. Did it get me some rounds, yes. Did I enjoy the rounds? Story for another day.

By the time we get to the dating and sex having stage, we as big girls truly believe that we are undesirable. We have watched our slim girl get in and out of relationships, we have listened to them tell stories of trying sex positions and having the time of their lives. Our insecurities are hidden behind jokes that we tell before you do because we think it makes us seem self-aware. Our low self-esteem forces us to fade into the background and do our best not to attract attention.

Our lives feel like a fight for validation that we need but do not want. Psychologically, it has been hammered into us that one of our main goals is to lose weight. Our humps, lumps and rolls are not going to get a man’s penis to stand at attention. There isn’t a single sane man on God’s green earth who loses focus because a fat hun just walked past him, impossible!

Since we are stamped ‘the Undesirable Olgas of the sex world’, then we are blessed to get someone willing to try being with us even if it’s with the lights off. At the very least, we should be grateful to have a story to tell about getting some dick on a Sunday night before he wakes up early to leave for ‘work.’ I never expected a call back from anyone who slept with me. They had enough to go tell the boys. Oh the lies I told about having a great time when all I did was lay there wondering which part of my body was making him want to vomit.

I was sick of feeling like sex was a duty I owed to men, and I felt that I needed to turn the ship around. It was nobody’s responsibility to build my self-confidence and get my orgasms with each experience even if it was for that one night. “You get yours and I get mine”; sex is designed for men and women. I type boldly today but the journey was long and hard for me. I had been programmed to believe that being fat meant that I should gather the crumbs at the foot of the table, but I was not going to live like that anymore.

I said hello to the mirror I often shied away from spending time in front of. It was time for me to look at my body and fall in love with it. It was time to clean out the noise that lived in my head about what my body was to the world. I stood there staring at my naked reflection, I touched it, I called it beautiful. When I finally felt the beauty running through my veins I took it up a notch and masturbated in the mirror, that experience changed me so much.

All I needed was to find someone who felt what I felt when I touched my own body. Someone who would almost get overwhelmed with the excitement of getting to do the nasty with me. I knew that I never wanted to have a boring sex experience ever again in my life. I was beautiful and deserved full body orgasms no matter who I decided to share this sexy body with. Sex is not about doing the splits or getting it whilst doing a headstand. It never has been. It is about moving in rhythm together, understanding each other’s bodies and being in love with their touch, moans and groans.

If you are a plus sized woman, I say go out there and snatch orgasmic souls!

Body Politics: A conversation between Awino Okech and Nana Darkoa

Guest Contributor Vortex: A poem for you and you

1 comments On Why Plus Size Girls Often Feel Like Sexual Experiments?