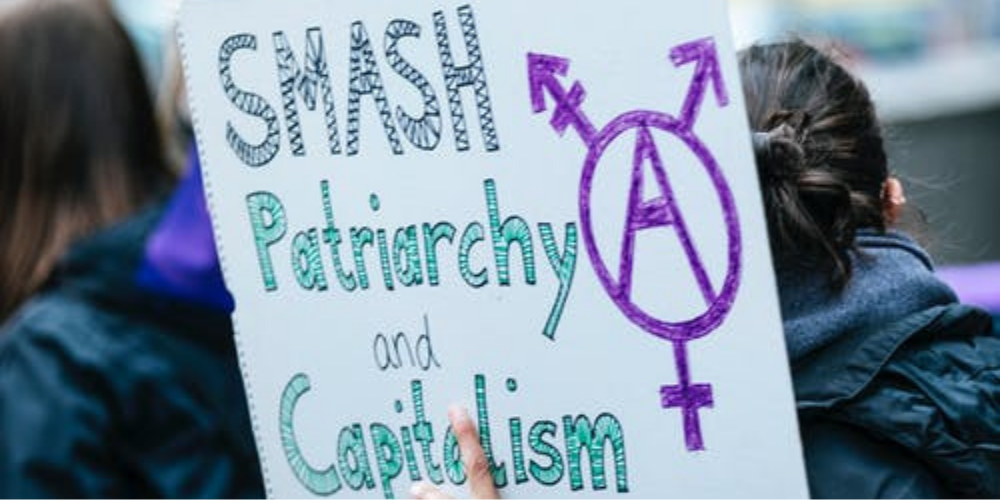 Maybe I’m reading too much into things but some of the responses in some of the articles on this website really struck me with the apparent deep convictions of those who engaged in premarital sex that what they did made them fall short in the eyes of god. The very words used to describe their experiences were quite instructive, particularly the word “impure.” I’ve long known this word to be linked to sexual interaction but it’s always sobering to see it still wielding the power it did all through the centuries. Sexual interaction, including intercourse, is by far a most wonderful way of expressing one’s love or emotional closeness to someone else. Apart from achieving closeness with someone you love – or even just like – sexual and erotic intimacy is linked to a wide array of feelings which in turn are linked to mental and physical well-being, relieving stress and not to mention providing a very pleasurable way of burning off calories.

Sex, however, has also been a very good way of exercising social control. When twinned with religion, it is a most powerful way to keep subjected people compliant with whatever claims to hegemony one may have, legitimate or not. Steve Biko said the most potent weapon in the hands of the oppressor is the minds of the oppressed while Carter G Woodson said in Mis-Education of the Negro that when you control a person’s mind you don’t have to control his actions. So it is with sex and the control of women. For thousands of years proponents of patriarchal ideas have used sex to suppress attempts by subjected peoples and specifically women to assert themselves socially, economically and politically.

Of all the emotions employed by patriarchists to keep people subordinate, perhaps none has been as effective in keeping people in line as guilt. Guilt manipulation has been by far one of the most effective means of keeping subjugated peoples from being fully self-confident to the point where they challenge established rules, conventions and other attempts to deny the taking control of their destiny. Whether it was enslaved Africans plotting revolt on the plantations, colonised Africans challenging white minority/absentee rule or corrupt local rule, or workers agitating for improved conditions. In these and more scenarios, apart from the direct violent weapons possessed by the coloniser, the psychological weapons used to maintain “order” were embedded in a foundation of guilt, reinforced by imposed ignorance and self-doubt.

Without a doubt religion was the principal vehicle conveying those feelings of guilt. In the Caribbean colonial schooling was controlled by the same people who controlled religious instructions – Europe/Euro-American missionaries. Practically every one of them came imbued with the same negative (yet double standard) attitudes about human sexuality. The same schizophrenic, misogynist attitudes they used to repress sexual interactions among their fellow Europeans were increased tenfold when applied to African and Afri-Caribbean peoples (the differences were noticed when the first waves of Afri-Caribbean immigrants settled in postwar England and noticed that churches were not only sparsely attended but that both men and [albeit more discreetly] women were a lot less sexually conservative than most colonised subjects were made to be).

Now I do not dismiss in any way the legitimate and very real health issues connected with sexual activity particularly in a liberated, non-monogamous environment and I am certainly not in support of any unprotected sexual activity. However, looking at some of the messages geared toward curbing the spread of STDs, oftentimes attempts at reaching out to people the guilt factor more than the medical factor is used utilising themes developed in religious circles which were developed to make their target audiences feel guilty about having sexual desires, particularly when these desires overstepped the prescribed narrow confines of pre-marital and extramarital sex and intimacy. All well and good were it not for the fact that these same religious teachings are what lay beneath the ignorance many possess about sexuality in the first place. It’s small wonder why one Rev Joseph Fletcher, an official of the Episcopal Theological School, reportedly said that “the Christian Church must shoulder much of the blame for the…..ignorance and guilt which surrounds sex in Western culture…” Barbara G Walker in The Women’s Encyclopedia of Myths and Secrets said “it is hardly possible for anyone brought up in….Western (culture) to comprehend the ancient world’s opinion of sex as an experience of divine pleasure or a preview of heaven without deliberate, laborious intellectual progress toward such an opinion.”

Much of the guilty feelings we saw express or feel concerning pre/extramarital sexuality are products of very ancient superstitions and misogynist biases in patriarchal ideology that was erroneously projected as universal ideology or morality. Of course there are those who would argue that the strictures against pre and extramarital sex, polyamory etc are in keeping with Christian teachings. They will as usual quote biblical passages to buttress their argument; passages that are divinely inspired – and you certainly cannot argue with god. Again, all well and good.

Except that these passages were not inspired by any divine, mystical force, they were created by ordinary men and I am arguing. This view of sex became firmly embedded in human consciousness for hundreds of years before Judaism, Christianity or Islam came into existence and so informed the ideas of morality of the priestly elites in these faiths.

If one wishes to choose abstinence or exclusive monogamous on the basis of religious injunctions, by all means. I’d feel somewhat better, however, if those religious beliefs were buttressed and properly informed by the historical and sociological facts. The guilt felt after (or before) thinking about/engaging in pre- or extramarital intimacy against the Christian teachings have very little to do with any god and more to do with certain feelings of insecurity and inadequacy certain men held thousands of years ago that they then reversed and projected onto the very group they had issues with: women.

Apart from the economic factor already discussed, male hunter/warriors in Eurasia had other issues with the more open sexual lifestyle of the older matricentric societies. Sex in most patricentric cultures was idealised as mysterious, dangerous and polluting. Scholars like Cheikh Anta Diop, Charles S Finch and Marilyn French have shown that the roots of this belief are in the fatalistic, unsentimental mindset Eurasia clans developed as coping mechanisms for the extreme conditions in Eurasia at that time. They saw life as a miserable period of probation and that the physical world, made up of matter which was subject to decay, was therefore subject to decay and contamination. One had to fight and sacrifice to get anything and that meant often denying oneself relaxing, sensual pleasures that distracted from and so threatened the rigid, almost unifocal militaristic and hunting lifestyle that was essential for the clans’ survival. Women were specifically targeted as being the controllers of that sexual power. Because of the association with sex and procreation, sex was seen as a quality inherent only in females; it was not a human – that is male – characteristic.

Some scholars further argue that the differences between male and female sexual abilities also contributed. It is believed that the differences between male and female sexual arousal, the energy drained from men upon climaxing, frequency of orgasms, the feelings of terror apparently evoked upon the sight of a blood-soaked penis withdrawn from a menstruating woman – related to the confusion over a menstruating woman bleeding like the animals they wounded on the hunt yet not dying like them – all seems to have contributed to their ideas of sex as something mysterious yet dangerous.

Hunter/warriors developed bonding and coping mechanisms that created images of invincibility. Many aspects of sexuality threatened this aura that they created. To deal with these feelings of trepidation and inadequacy ancient patriarchists re-directed these feelings onto women. Because men’s sexuality was not the same as women, because sex became idealised in terms of power relations, women’s sexuality was devalued and demeaned. Women were made to internalise some of these ideas (using myths and religious teachings as vehicles) and so eventually came to see their own bodies the way patriarchists saw them: as shameful displays of temptation for the warrior protectors. This notion never fully changed even though populations expanded, consciousness developed, civilisations grew, economies changed and societies evolved. Values continue(d) to be defined in keeping with ancient militaristic, competitive ideologies. The Greek thinkers contributed much to “genderising” honour; for men it was through their open, aggressive displays of bravery, assertiveness, competitiveness and sexual prowess. Women on the other hand, were expected to show their honour by how well they guarded and hid their marks of shame: their bodies (use of clothes to conceal necks, arms, legs, hair and especially breasts and vulvas) and their very selves (by remaining at home, by being silent when in the home, by being obedient to men’s authority).

To break just one of these restrictions was to “prove” that the woman was sexual, thus promiscuous, thus shameful and not an “honourable” woman. It meant that she was once again her natural self and so a slave to base, animal nature. All this was reflected in the philosophical writings of Hesiod, Plato, Socrates, Aristotle and diffused to Roman thinkers, the philosophers of the 18th century Enlightenment, down to our own times.

Most importantly, however, it influenced the thinkers who developed the Jewish and Christian tenets. Hellenised Jews who were already influenced by patriarchal Babylonian culture and Levite priests drew from Greek literature. Greek and Roman urban social customs and ideas served as the templates for their social structure and ideas. So too did the Christian theologians who followed them. St Jerome warned Christian devotees to “regard everything as poison which bears within it the seeds of sensual pleasure. Tertullian said chastity was “a means whereby a man will traffic in a mighty substance of sanctity” while Augustine, who more than anyone else, established the core ideologies of Christian doctrine, held the conviction that no sex was sinless even within marriage. His ideas not only came from Greek prejudices but also from Manichean teachings. Mani’s central doctrine was that the physical world was the work of the devil, who invented sex to entrap the souls of the righteous in the prison of the flesh. Compare that belief to the feeling expressed by the author of 1 John 2:15 when he writes “Love not the world, neither things that are in the world…for all that is in the world, the lust of the flesh and the lust of the eyes and the pride of life, is not of the Father.”

If we closely examine many of the vernacular expressions denoting sexual interaction we can see how tightly interwoven into our collective consciousness is the patricentric belief that sex is sinful, dirty and contaminating: it’s “the nasty,” the “guilty” or the “forbidden” pleasure, the “deed.” Those who refrain, however, are considered “pure” (as opposed to having sex which is “impure”). And has anyone picked up on the fact that the most obscene words like “fuck,” “cunt,” “boob,” “cock” are the words that either denote sexual contact with a woman or happen to be a reference to some part of a woman’s anatomy?

Even in this so-called Age of Information it is clear that much work and discussion still needs to be done.  Those beliefs we hold were developed at a time and place where the realities of travel, consciousness, urban and rural interaction were completely different to what exists today. There is much to examine and deconstruct. Some of those beliefs of course will be retained but by and large it is high time we rethink a lot of what we call “morality.”

Beyond Power: On Women, Men and Morals – Marilyn French

The Creation of Patriarchy – Gerda Lerner

Sex and Statistics: “So how many people have you slept with”?

The First Pride Was A Riot