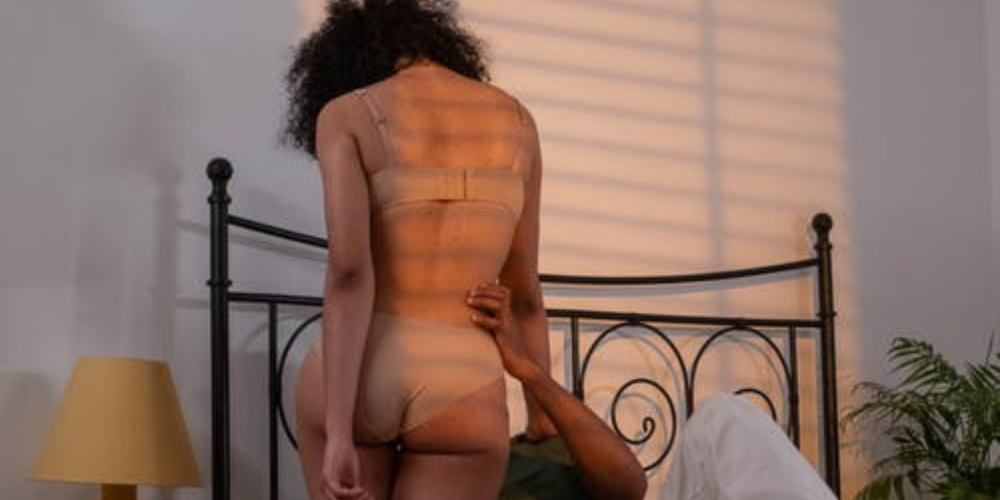 It has been a few minutes after 5:50pm, i.e. if you’re to assume the clock on the hallway wall is accurate. The psych group in the adjoining room left not long ago, and although you’re glad for the tranquility, you now realize you miss the need to concentrate their presence necessitated. It has also been about 8 hours since your morning econ class, and you reckon you’ve plowed through 600 pages of reading all things religion- from Mahayana Buddhism, to convoluted Sikh texts, to the Venerable Bede and 7th century English Monasticism. Why you thought taking three demanding religion courses is even too great a question for your acutely fried brain to process. You’re now starved for distraction- and starving! All you can do now is increasingly drag your body to the clock to see how much time you have left before east dining closes.

On what felt like your 20th (actually, 6th in the last 10 minutes) walk to the wall, you barely spot her. You could sense her stolen glance as you make your turn back to your quiet room. Then you realize you didn’t even get the time, so you make your way back. This time, you notice more. There’s a couch. There are couches! And the 25-foot window panes looking out into the ravine. “I could’ve napped earlier,” you grumble to yourself. But, hello, there’s a girl in the couch. She has dark knee-high boots next to the ottoman. She’s in this long gray skirt, white long-sleeved blouse, a red pea coat draped over the back of the couch, and a Movado watch. A Movado watch?! How could you compute all that in a blink of an eye? Maybe your mind’s not as gone as you feared. You pause a few more seconds, noticing the book on the floor she’s reading. Then you noticed her feet tucked in the side crease of the couch. This time, she notices you’ve been looking at her. How could you not? How could anyone not notice her long wavy hair flowing down her back meeting with that black belt anchoring a skirt encapsulating two perfectly defined…

“Are you ok?… were you looking for something?”

“Oh… need to be somewhere?”

“East. before they close.”

“What were you reading back there? You seemed so into it.”

“Nothing fascinating. I’d rather be reading that (pointing to her book).” [yes, it was a line :/ ]

“SO-AN? (Socio-Anthropology) You wanna read about women’s issues in Peru?”

[She giggles in a ditsy blonde way as she raises herself to sit upright to introduce herself… You could’ve been fooled, if only to learn a few weeks later that you’d just met the most intellectually gifted 19-yr old in your college. Yes, she was that smart, in a top lib. arts college full of brainiacs.]

You excuse yourself to grab your books and bag. Then return to perch yourself center-left of that three-cushioned couch, pulling in the long floor table to rest your feet. She then reciprocates by replacing herself from the far end to trove through her handbag, then nestling back right next to you to show you something. It was brilliant! Sadly, men can’t do that (it really is a woman’s world). You both meander through as many topics as the mind can imagine, giggling, showing your cute flirting skills- she fussing with her hair, pressing against your right side; you stealing soft touches of her left thigh, helping tie up her hair in a scrunchie, and pulling her left arm clasped over your right hand as you recount a funny story from the previous weekend. She comes back by resting her head on your right thigh, her feet over-hanging the couch’s right arm as you both trade more silly stories and stupid jokes neither of you would recount if prompted at gun point.

It’s now past 6:45pm. Eek! You’ve missed dinner and will have to pay for crappy sandwiches from Sayles. She offers keebler cookies from her bag, but you politely turn her down. It’s amazing what flirting does to the human condition. It’s been 12 hours since your last meal, but you could easily manage another 24 considering the high you’re now on. You then steal her away to a quieter and more private area on the floor. At this point, your “come with me” could easily be “let’s go into the arb(oretum), and she’d willingly follow. There’s this Neanderthal-like mammalian quality women seem to find intoxicating, you couldn’t keep any better a disposition. She’s totally into you; you’re quite aware, as you are her, but you’re least cocky about it.

You’re both now sitting in the built-in lounge space beneath the corner stairs. This time, she’s nestled her butt between your thighs, enveloping her arms around your waist, and resting her head on your broad chest as she commiserates with you about an Indian roommate she has yet to figure out. You can relate, as you rarely see your roommate, who also keeps a totally different schedule and social group from yours. It’s as if you’ve both been together for the longest time. You start to steal short, soft kisses in-between sentences which grow longer in succession. Nature couldn’t have come up with anything better than touch-bonding, you imagine. But you two have to go. It’s 7:30pm and the 2nd floor of the libe isn’t exactly conducive for what you’re doing; the 4th floor although quieter, isn’t any better. You’ve also been carrying a 90-minute erection, growing wet, and needing to readjust your boxer briefs. She suggests you both leave, and ever-so generous, walks slightly in front as you both make your way up to the 1st floor and out of the building. There’s no concrete plan: her dorm, your room, the always quiet Olin hall? Somehow you both stay on the path running in front of the libe, down across Lyman lakes, and straight to her dorm.

So this is the ’Hue? And if it wasn’t for a girl, you probably wouldn’t have stepped foot in this dorm. Her room was quaint, like every other dorm. Yours was better as you had a private room. If it weren’t for nosey floor mates who knew your ex, you’d both be there. Her bed was super comfy (which girl’s bed isn’t?). You both lie down to talk more, get comfy, check emails, pics on her wall… Then transition to touches- lots! Lots of grooming, touching, some heavy petting, kissing. It’s damn near intoxicating. Your shirt comes off. No, you’re not anticipating anything. It’s just hot. You’re both hot. You now get why humans almost always disrobe before sex. It’s not necessarily to free bodily parts since you can fuck each other with most clothes on.

She’s now glowing (in the freaking dark!). Her breasts seem to swell and perk up more than before. She marvels at your white teeth. You can’t help but kiss her. You also realize she’s a biter. Not nibbler, biter. Earlobes, nipples, neck. That shit hurts, but it’s so new to you, so erotic, so neurotic- such a fucking turn-on! You usually take cues from lovers to take the lead, but this one seems to not care that you’re there. You’re in her den, and she’s brought you over to have her way… if only more women were like this! You fully disrobe now as your body’s grown too hot. Your briefs are also totally wet from pre cum. It’s over 2 hours now since you got hard. It’s nothing new, really. You’ve maintained 7-hour erections before. She marvels at your throbbing dick, and how it seems to pulsate at the same rhythm as your heartbeat. She seems lost in riches with a naked man in her bed and unsure what to do, where to do, where to start. The skirt stays on should the roommate burst in. At least, you’re assured with her bed tucked away from view, you’d both have a few seconds before the roommate comes in full view. You reach behind to gentle caress the small of her back and buttocks as you make your way down under. It’s an intricate maneuver you’ve mastered too well, it seems. She’s well aware and seems to be encouraging you to take your chance, even though she wasn’t giving you any inch to maneuver. Then you make your way in… one finger, only then to find out what it really means to be wet. This simple measure seems to drive her to 7th heaven as she suddenly grows this insatiable need to fuck you. There was no room for oral, even though you were itching to turn her over to eat her out. She fully climbs on top and straddles your dick, teasing… could there be any worse a tease?! Then she finally gives in, and with some rhythmic grinds, a few hip turns, she seems to insert you hands-free. It is such a fucking turn-on.

This alone drives you both nuts. Neither of you had ever grown so animated in bed. What’s usually a melody of soft and disjointed moans have been replaced by heavy panting, yelps, and more f-bombs than either of you had ever used. It also seems like two people fucking the other independently. You with your fingers tightly interlocked in the roots of her hair, while the other hand tightly bound her firmly to your abdomen; she solidly anchored at the knees, with her pelvis painfully digging into your stomach, she voraciously works her way around biting your lips, nipples, shoulder, and occasionally digs her fingernails into your back. If it was humanly possibly, you two could’ve melted right into each other. It would seem no two people had badly wanted to fuck each other’s brains out. You are both sweating profusely. It is too energetic, too violent consequently and predictably unsustainable. It takes but only 4 minutes for you to cum. You are actually impressed you lasted that long considering the long build-up. And for a brief moment, she seems disappointed you came, only for you both to realize you are still hard and rearing to go. After a few position switches and turns, she cums, and then you, then she…twice more (as she seems to cry between halting breaths), then you again, until you couldn’t finish anymore and both fall asleep not long after still inside her with her on top.

The next morning brakes with a quick breakfast from her mini fridge and a kiss as you both split heading to classes on opposite ends of campus. A full day passes as neither of you could find any free time to see each other. You could smell her all over you, even after 3 showers, and are still finding long strands of her hair on you. She is in your clothes, your room, and every time you take your pants off, you get a strong whiff of her. It was as if she’s marked you off as hers. You quietly love it. Then as you sit in your bed early the following evening making notes for a paper, she calls. It’s pleasant and soothing to hear her voice again. You hadn’t forgotten each other (with emails and IMs helping fill the gap), then asking difficult questions that get you monologuing, you realize her faint pants on the other end as she gets herself off on listening to you talk. For a second, you are disappointed, until she adds, “I got wet thinking about you in my ODEs class, and since you can’t come over, I called to hear your voice.” Thus began a 3-year heady love affair, all thanks to a draining study session one evening, in what should’ve been an unadventurous floor in a college library.

9 comments On Guest Contributor Michael on ‘A Heady Love Affair’