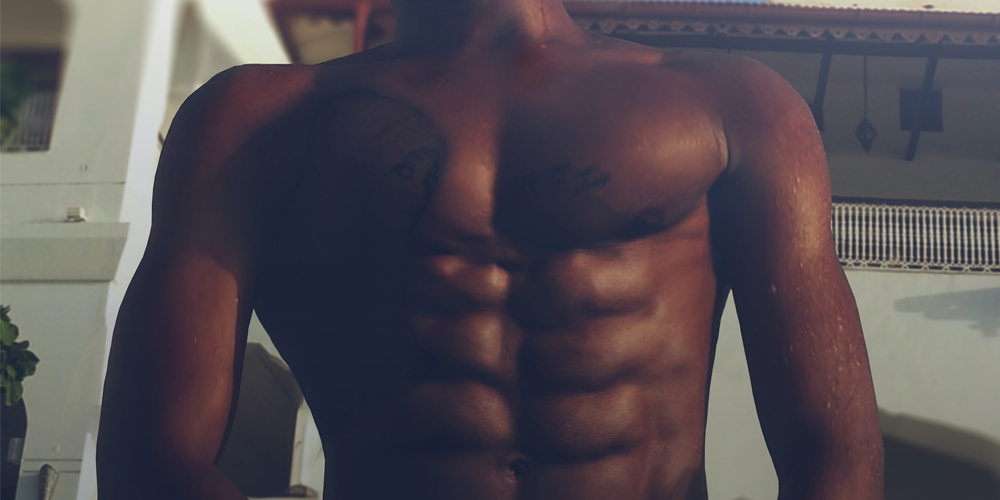 A few days ago I had a conversation with a friend about “crushes” and the sexy guys in our lives who were either out of reach or unavailable, but somehow constantly in our minds. As an “unavailable woman” myself (well, married), at first it was hard for me to relate to what she was saying but by nudging the tigress in me, I finally realised (and admitted) that crushes were things I had definitely dealt with during my past relationships. My friend went as far as challenging me to dig deeper and remember some of the best orgasms I had had in the past. Were they really courtesy of the person I was sleeping with? Or was the sex mind-blowing, literally, because of the unorthodox sexual thoughts that occasionally invaded my mind during intercourse? And if the latter, what were those thoughts made of?

According to her, a crush should never materialise into anything real, serious or long lasting. “A crush is not the same as a friend with benefits. A crush belongs in your mind, in your dreams, in your fantasies, and should stay there”, she said. “A celebrity, a married man, someone who is out of your league… whoever this crush is, he has to remain out of physical reach”. To her, the idea of letting this human sexual stimulator become your man (and eventually your husband), would defy the purpose of having a crush. It would eliminate anything remotely sexually appealing about him and turn him into a mere addition to your love life, like a partner or an “other half”, which, in my opinion, would be pretty awesome but you have to bear in mind that as well as being much more open-minded than I am, this friend of mine is practically anti-marriage. She also pointed out that if you think of your crush as someone who will never actually need to physically penetrate or stimulate your vagina/clitoris to make you climax, but only your “sexual mind”, the possibilities of sexual ecstasy will be endless – seventh heaven guaranteed every time. In other words, the mind is powerful, and in the event of less-than-average sex, you would just have to think the right thoughts to unleash the naughtier side of your mind, and make sure that the right person occupies those thoughts.

This made me think – can’t the man in our dreams also be the man of our dreams, and vice versa? I challenged her views and encouraged her to think outside the box – Imagine meeting your biggest crush, the kind of guy you see in your wildest, hottest erotic dreams… Imagine getting close to him, falling in love, getting into a relationship and eventually, marrying him, living a fairytale life – great sex and all. Who wouldn’t want that? Would you really want that crush to be locked up inside of your mind forever? Can’t we have it all – sexual satisfaction and happiness?

As for the flip side of the coin: What if you’re currently with a man you love dearly, but who doesn’t have a clue how to satisfy you in bed – wouldn’t you want to teach him how to be like the man in your dreams? Surely we can teach our men to please us in the way that the men in our fantasies do? “Fantasies are not meant to be lived”, my friend told me. “And that’s why I’m not getting married. When it comes to sex, I would hate to be stuck with a life-long learner,” she added.

At this point, I sighed and asked my friend what she thought of the term “sexy”. Does “sexy” always imply “sexing”? As much as married women are willing to admit that they have crushes or male friends they find attractive or sexy, admitting that these men can sometimes act as sexual stimulators during foreplay and intercourse is a lot harder. But it may not even be the case at all. By definition, a crush is a person who is the object of infatuation. And infatuation is a foolish and usually extravagant passion, love or admiration. So crushes are people we find appealing, attractive and sexy, but often in a superficial way. Whilst the word ‘sexy’ is pretty self-explanatory, I’m sure a lot of women can testify – Just because you find a man sexy doesn’t necessarily mean you want to sleep with him, especially if your heart is already taken. Sexy can be a synonym of gorgeous, beautiful to look at, attractive, and can denote confidence, etc… But it can stop there, without engendering any further feelings or desires. So yes, I guess I do have crushes, but would I want to go there with them? Not in this life, I wouldn’t. And certainly not while I’m happily married.

The conversation with my friend ended positively, though I did not manage to change her mind. She was not convinced that it was possible or necessary for the man of your dreams to be the man in your dreams, and vice versa. She also found it hard to believe that my current relationship status meant that I had no desire to sleep with my so-called crushes, including those I found ridiculously sexy. What we both agreed on however, was the fact that as human beings, fantasising about other people is neither abnormal nor uncommon. I guess what matters is the way we choose to respond to it.

So, according to you, should the man of your dreams be just like the man in your dreams? Some people believe that having fantasies is a great way to improve your sex life – Would you want to fulfil yours, or do you think they belong in the mind? “Sexy” is a word that can be interpreted in many ways – What does it mean to you? And finally, would you go out of your way to try to get into bed with your crush, or are you happy just fancying them from a distance?

BBM hook ups with some ‘girl on girl’ action: part 2

4 comments On Guest Contributor, The Tigress: The guy of your dreams vs. The guy in your dreams