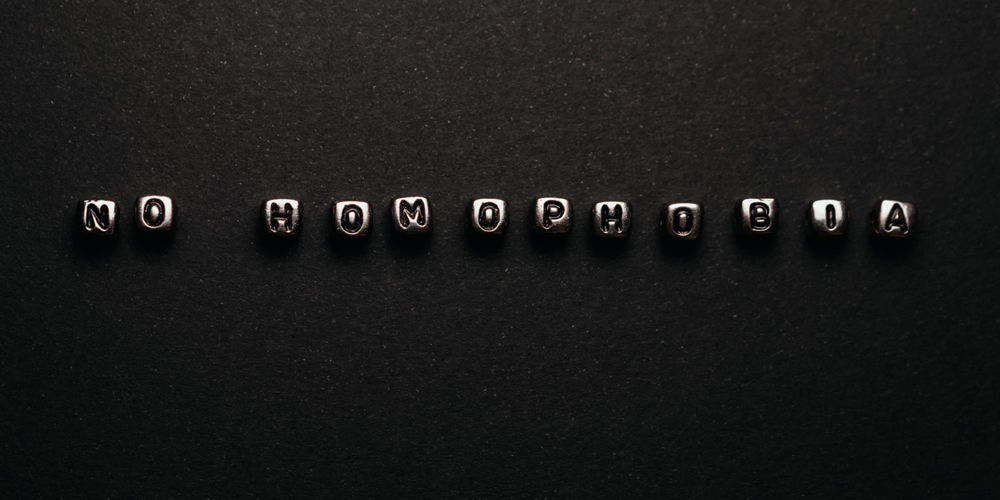 It was a pleasant mid-summer afternoon and I was walking through the city centre with a colleague when I asked whether our co-worker Tom – fashionable, stick thin, skinny jeans-wearing, long fringe-flipping, gay and proud Tom – was still with the firm. He replied “I don’t know, but I hope he isn’t. Every time I speak to him I’m scared for my arsehole, innit.”

Now let’s look past the abomination that is ending a statement, no matter how perversely ignorant, with “innit”. The bigger issue here is that my colleague is not alone in his views – and I’m not talking about the homophobia, we all know how unfortunately widespread that is – but the deep-seated fear that as a heterosexual man he is in danger of coerced sodomy by every Homo Jo(sephine) on the street.

My theory is that men in strongly patriarchal (eg African) cultures worry that their cushy status at the top of the sexual food chain (with barely legal women at the bottom) is under threat by the “recent proliferation of homosexuality”. Like the ever-ruling, never-dying African dictators (read: Mugabe), African men are overly sensitive to anything that challenges their position as the ultimate sexual predators (President for Life), including something as innocuous as dudes who like dudes who like dudes (“The Last Dictator” Nandos advert). As a result, they do everything in their power to shut it down.

Yes, I just said that Ghanaian men are viciously homophobic because they’re scared that a 250lb muscle-bound man is going to shout “Apuskeleke” at them in the market then proceed to “accidentally” brush a limb (this includes the third leg) against their hind parts. They are worried that expressing disinterest in a man’s sexual advances will not be enough to make them go away. They shudder at the thought of being blamed for being victims of unwanted sexual contact, because by showing some skin (glistening bare chest, anyone?), they brought it on themselves.

In other words, they are scared that they will be subject to the kind of misogynistic crap Ghanaian women have been putting up with since time immemorial.

Well, cry me a river. Zero sympathy from this end. Get over yourselves. Find real criminal activity to legislate against. Don’t hide behind the Bible, fornicators. Don’t hide behind the need to preserve the sanctity of marriage, adulterers. Don’t equate homosexuality with paedophilia, you dirty old men. Don’t pretend it’s the most un-African thing to reach Africa, you suit-wearing, Cognac-sipping, Merc-driving heteros. Admit your fears are irrational and move on already. The gay-bashing is getting old.

So, Adventurers, what say ye? Have I totally missed the point? Have a cobbled together the world’s worst theory? Or have I been spoiled by my years abroad? Am I going to burn in hell for not joining the anti-gay parade? Am I secretly gay myself? Can’t wait to hear your thoughts.

Call to Action: Everyone has a right to be

17 comments On Guest Contributor Soraya: The Abrantie and the Obaabarima