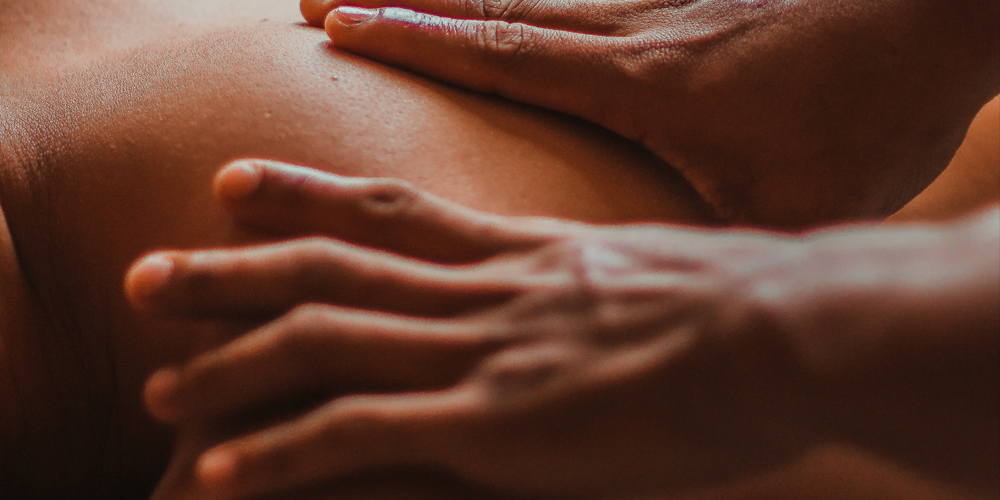 I passed right through the noisy front den, aware of all the lascivious stares piercing through my legging-clad ass. I pulled my jacket closer to hide the fact that I wasn’t wearing a bra under my lace top; a deliberate attempt at seduction for who it was meant for. I walked straight to the opening that led into the sunken, dimly lit alcove where he said he would be. Vision was difficult and all I could see was a group of giggling Asian girls having a drink with a bald Asian man who flashed me a wide, toothy, grin as soon as I appeared through the door. I scanned the room but as luck would have it, my nocturnal blindness coupled with the dim lighting made it almost impossible to spot him. I thought to myself in horror “oh my god, I’ve been stood up!” I mean, how hard was it to spot him if he said he was the only black person in the room? I suddenly spotted him sharply to my left. He stood up as I approached him; “Hi, are you G…?” “Yes”, he said,”You must be Adjeley?”

“Yep, that’s me!” I replied with a bright smile. “Let’s sit”, he said. He called the waiter and even though I was dying for the aromatic Amarula he was sipping, I decided I did not want to get tipsy in case things went in a direction I didn’t like. I settled for coke on lemon ice. “Do you mind if I smoke?” he asked. “Nope” I replied.  He ordered a pack of mints, which was brought by a reproachfully staring waiter way sooner than my drink. I knew what he was thinking; that I was a lady of the night. Care? I certainly didn’t. He lit one and offered me a puff. I declined.

“You don’t smoke?” “Not tonight”, I smiled. He shrugged and smiled. “I thought you wouldn’t show you know” I giggled and replied “I thought you wouldn’t either”. He shook his head, chuckled and quipped “I’m glad we both showed”.  We made some small talk, leaning into the plush corner couch of the tasteful pub which gave me the chance to drink him in…tall, well dressed, sexy French accent, strong arms which were soon wrapped around my shoulders, neatly manicured fingers that brushed my hair out of my face, his manly and sexy scent, intelligent and open minded (yeah I’m a sapiosexual). I wished I’d had the Amarula now; I needed some Dutch courage to vamp my flirting level up. Oh hell yeah I wanted this guy. I guess I wasn’t the only one making observations because he asked me why I had a constant smile on my face. I admitted I like to smile without even trying and also, I was enjoying his good company. I asked if he minded. “Moi? Non….I love your smile…very sexy and genuine” he promptly replied. I swear I felt my ovaries twang then.

As if he was reading my mind, he asked “Do you wanna come see my place?” “Sure, I’d love to” He signaled the waiter for our bill. “Generous too” I thought to myself as I watched him dole out a large tip.  His hands around me, we strolled leisurely to his short let apartment. I stumbled in my tall wedges as we climbed up the stairs and he immediately grabbed my waist. “Sorry; you ok?” he breathed into my ear. My heart did a Gabby Douglas routine. I made myself comfortable when we got to his room and watched football for a bit. I’m not a fan but hey, anything for him. It was soon obvious that he was about as interested in the match as I was. He enveloped my small hands in his huge paws and felt them. I looked at him quizzically. “Just wanted to feel how strong your hands are; can you please do me a favor and rub my balm on my chest and back for me?” I remembered him mentioning he had a cold earlier. “Yeah, sure, why not?”

My breath caught in my chest as he stood and took of his orange and brown dress shirt. He looked bigger and taller without the shirt on and I wondered to myself if it was such a good idea to be alone with such a big fellow. Well my twanging ovaries got the better off me and I threw all caution to wind.

I started rubbing the balm into his chest as he moaned and told me how much better I was than the girls back in Thailand at massaging and how much he appreciated my curves in comparison to their waif-like physiques. Five minutes later, I was sitting astride him, his hand opening my jacket buttons. He looked into my eyes and pulled me in. Oh how I wished that kiss would last for hours and hours. I shrugged off the jacket, leaving my nipples protruding clearly through my lace top. He pulled the flimsy thing over my head and stared at my engorged orbs like he had never set eyes on a pair of boobs before.

“What?” I squeaked in a panicky voice. “May I kiss your twins?” I didn’t bother replying. I just smiled sexily, shimmied up his body and lowered one teat onto his face. I gasped when he started devouring my flesh like a hungry baby boy. He stopped after a couple of minutes only to announce “now I need to do the other twin so it won’t get mad at me” I didn’t even need to shift now. He caught the other in his teeth and was soon sucking for dear life whilst palpating the other with expert fingers. I was totally lost in a lustful haze. His lips seem to have multiplied; he was kissing me on my neck, boobs, lips, shoulders…everywhere. I clawed at his belt desperately. With a quick and surprisingly strong move, he flipped me onto my back. He stood up from the bed and pulled down his jeans. I roared with laughter.

“You mean you were at the pub without any under wear on?”

He smiled sheepishly and shrugged. “Well I like to feel easy”

That was only then that it brushed me and I realized how big his half hard erection was. I couldn’t believe it was only just semi hard but hey, I was on a mission. Bring it on! Sitting up on the bed, I put my hands behind my back for that porn star effect and wrapped my lips around his package instantly. I heard him gasp sharply and I intensified my oral assault. I looked up into his eyes and it was unmistakable; he wanted, no needed this as much as I did. In next to no time at all, I felt his balls tighten and I pulled back teasingly. He pushed me onto my back and pulled off my leggings and flimsy thong in one fell swoop. He caressed my thighs with his lips teasingly. I opened as wide as I could and he found my cookie within a split second. He sucked at my clit with just enough pressure to send titillating waves upon my body but not too strong to render me sensitive. At the same time, he tweaked my “twins” mercilessly with his fingers. I bucked crazily and involuntarily when he started to fuck me slowly with his tongue, making roundabout motions inside me as if to make sure he was reaching all crevices in that hot, wet, sticky tunnel. Oooooohhhhh, aaaahhhhhhh mmmmmmm,  shhhhhhhhhhhhhh….I moaned like I had a bad bout of joint aches. This dude was an expert vagitarian!  It was all I could do not to literally beg him to put that rock hard dick in me and screw the living daylights out of me. He put me out of my misery; I heard the sound of foil tearing and the delicious aroma of fruit from the condom wafted into my nose. He squatted in between my spread legs. He positioned my bum on the bed right in front of him, put my thighs over his, and lifted my back off the bed. He kissed me gently and then eased himself into me. I moaned into his mouth as I felt my flesh yielding to that delicious first stroke. With me still angled in that 90 degree position, supported by his arms, he stared to glide at a steady rhythm in and out of my wetness. I had never before been with a man with that much upper body strength to keep me propped up in that position and I reveled in the strength of his arms. That, coupled with the skill with which he was pressing down into the lower walls of my cunt in a gliding, press up motion and the leisureliness in which he did it, soon had my walls clenching and unclenching involuntarily. I held on to him tightly and hung my head back, sending blood rushing into my head and air into my nostrils. He sucked on my earlobe and I lost my mind. I groaned and thrust my waist wildly up and down against him. He caught my hips, pinned me down and started hammering me well and good with deep, powerful strokes. About ten thrusts later, I was panting, shaking and fighting to keep my sanity. He stared deep into my eyes, smiled and crushed my lips with his and at the same time gave a wild, winding twist with his waist. I. came. Undone. A scream burst forth from my upper lips, and a stream broke its banks in my lower lips. I bucked and thrashed wildly and I heard him grunt out “fuck, baby, you’re so hot….. I’m cumming”. A few rapid twists later, he was going through spasm after spasm on top of me. I clenched my thighs together to make it tighter and he groaned into my mouth ”Mon Dieu”.

We lay together for a couple of minutes just basking in the afterglow of that wonderful session. We were wet even though the A/C was on full blast. I thought to myself how I could really get used to this arrangement on a regular basis…drinks, chat, mind blowing sex, we go our separate ways when he cut through my thoughts…

“Do you really not have a boyfriend?” he asked with that sappy look guys get in their eyes when they think they’re in love but have just really had a fucktastic time.

Do you wanna lick me? Part 2: Eba and jollof