Things Are Faulty in the Center 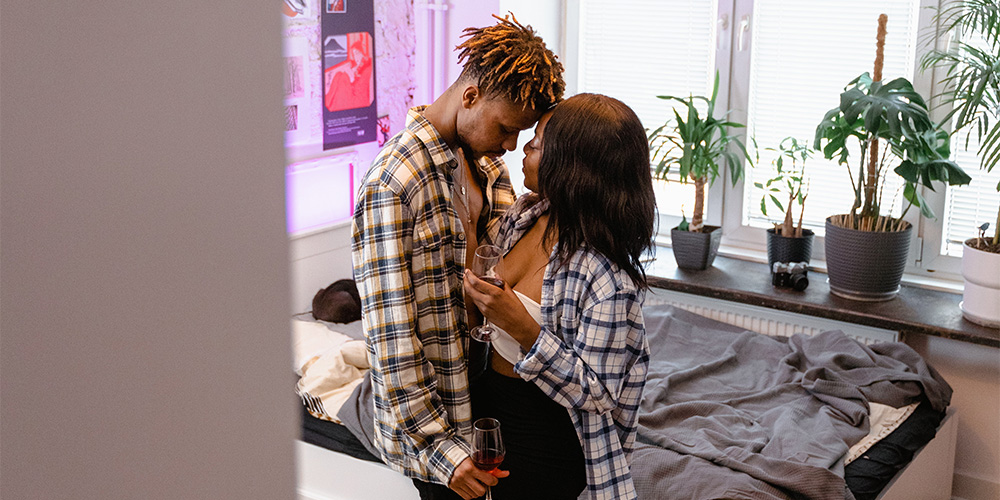 Secret recollections of Lerato permeated every corner of Khalid’s home. A perfect pink ribbon that had once fallen out of her hair sat in his sock drawer. A blurry 3 x 5 picture of her junior class sat on his side table. He had to pay Aamir a fortune to turn it over: a Coke every day at break time for a whole month and completion of the 150 lines Aamir had been punished with for violating the school’s uniform code just before classes let out. He was still floating on the memory of having made love to his primary school crush.

That’s why he was so startled when Ivy’s hand rubbed his belly and suggestively made its way down towards his inner thigh.

Ivy gave Khalid a coy smile and snuggled into the hollow base of his neck.

“I came over last night. You were fast asleep though.”

A pair of tiger’s eye irises stared at her coldly. Ivy loved his eyes – except when they were looking at her this way. She asked if something was the matter.

“I’m just wondering how you got in is all. It’s a little crazy.”

“I had the key from last week. I didn’t think you would mind, Kal. And you know I don’t like it when you call me ‘crazy’.”

Ivy was hurt. Why was he acting this way? When she began to mope, Khalid relented a bit. He was being unreasonable and his sense of guilt was overwhelming his better judgment. He lifted her chin and gave her a soft peck on the lips.

“I’m sorry, sweetie. It’s just that I’m tired. I had a long meeting the other day and I haven’t fully recovered. I didn’t mean to be harsh with you.”

Ivy brightened and nodded in understanding.

Khalid chuckled dryly. “Sure. Anything you ask.”

“You can make love to me for one; and then you can take me to dinner when you’re off from work tonight.”

Khalid plastered a false smile on his face and robotically did as he was bid… but his heart wasn’t in it.

She had to stop doing this. Lerato’s head was pounding when she finally emerged from a dense fog of what she assumed was sleep. She sat up and looked around. This wasn’t her hotel room. Cecelia’s knee was wedged between her thighs, twitching every so often as she snored. They must still be at the Tulip.

Lerato groaned and slid onto the floor. How many shots had she taken? Twelve? Fifteen? A 5’ 1”  woman  should never drink that much. She sat on the floor, trying to recall the night before. All she could remember was laughter, dim lights, and a flutter of  kente bow ties. Lerato staggered to her feet and then gave up. She would just crawl her way to the bathroom. The sound of her crashing to the floor roused Cecilia from her sleep. She watched Lerato slide towards the bathroom through one crusted over eye.

“I think I need to throw up,” Lera confessed mournfully.

“I don’t blame you. You were really knocking them back last night,” Cecilia snorted. “As I recall it, you made out with one of the bartenders; then you asked me to go down on you…”

Lerato stopped writhing about on the floor and stared at Cecilia, her cracked lips agape.

“Oh, Lera. You’re so gullible. Just because you got drunk with some strange guy from your past and screwed him doesn’t mean it’s in your nature to screw everyone.  Have a little more faith in yourself. It’s not like you’re me.”

Lerato peered at Cecilia through her disheveled bangs and groaned.

“It’s too early to be philosophical. Can you just help me get to the bathroom?”

Cecilia yawned and pointed to the trash can by the door. She told Lerato she could vomit in there.

“More than you know,” Cecilia murmured into her pillow. “I saved you from defilement all night. Took all the strength I had.”

It was the guy Cecilia had waved away when Lerato first walked into the bar. What was he doing in their room? Cecilia yawned and stretched leisurely like a mighty feline of prey. She reached out to the visitor and kneaded the small of his back aggressively before introducing him to Lerato. His name was Kofi – no last name provided or necessary.

Startled by the frankness of the question, Lera put her fist to her mouth and choked back bile.

“See? I told you?” Cecilia said, giving Kofi a triumphant nod. “She’s such a prude.”

Kofi No-Last-Name looked crushed. He asked Lerato if she was sure.

“You were such a live wire last night though. Wouldn’t you rather just… ?”

He turned the corners of his lips up eagerly and pointed to the bed. Fok! This man had no game. Why was Cecilia even considering this? Lerato gave Cecilia a look, beseeching her for help. Cecilia pulled him by the ear and told Lerato she could go.

“Kofi, leave her now! She said she doesn’t want to do it!”

“Ajeish! You don’t have to be so rough!”

“I will be rough and you will like it!”

When Cecilia had successfully wrestled Kofi to the floor and pinned him between her full-bodied thighs, she glanced at Lerato shakily making her way to the bathroom on all fours.

“Can you closed the door behind you, sweetie?”

Lera grunted and kicked it shut. As the events played out in her mind, she couldn’t help but think how sordid they were. Hai. What was this vibration in her back pocket? Lera gasped when she saw Paul’s face show up on the screen. She sobered up immediately.

“Paul! Sweetheart… good morning,” she greeted. Her voice was shrill, and she knew it. She tried to steady her racing heart. Paul did not approve of drunkenness, and he certainly wouldn’t have approved of the situation she was in right now. Mercifully, he wasn’t there to witness any of this. That alone was enough to put a little more enthusiasm in her voice while talking to him.

“Good morning, love,” he purred. “I have a surprise for you.”

“I’m at the Accra Airport! I’ll be in your hotel as soon as I’m done clearing customs.”

Lerato scrambled to her feet and rinsed out her mouth with warm water. Eish! What was she going to do! She knocked frantically at the bedroom door.

“Cecilia,” she whispered harshly. “Cecilia! Paul is coming – I have to go. Call me later.”

Daring only to open the door a crack, she peeped in and saw Kofi and Cecilia embroiled in mass of spanking, howling, grunting, slapping ebony skin. Ei. What kind of hard fucking was this?

ATS: A Soul for Sale

Review – Senseisha:Memoirs of the Caribbean Woman

10 comments On Things Are Faulty in the Center