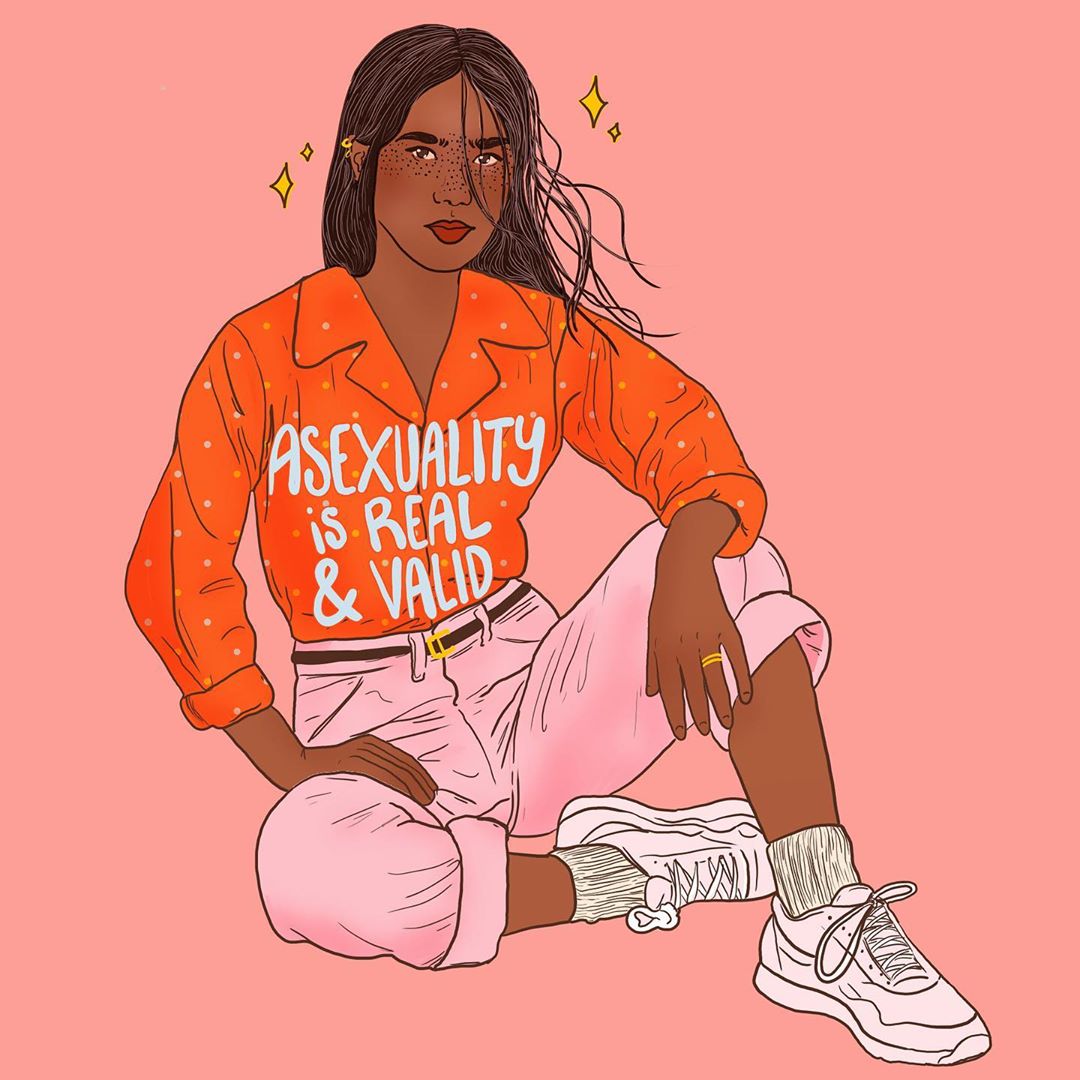 I love reading books. I have been reading since the age of four or five and I have been a book lover since. I’ve jokingly told family and friends that I gave my heart to books as a child and no man has been able to wrestle my heart away.

Throughout primary, secondary and university my peers and I would proudly display whatever novel we were reading as we walked between classes, waited for classes to start or idled away the time. We were like peacocks preening, showing off who was reading Nancy Drew, the Hardy Boys, Chronicles of Narnia or who had read the most titles by Enid Blyton and Roald Dahl. Later we graduated to reading the ilk of Danielle Steel, Sidney Sheldon, John Grisham, Stephen King and Jeffery Archer (to mention a few). We proudly displayed the book jackets or covers, after all, there was immense pride in showing a stranger or acquaintance that one was reading and reading Jeffery Archer for that matter!

However, I noticed there was a genre that was not proudly carried around and whose covers were never displayed by the carrier (who was always female). The books often had a conspicuous additional white or brown cover. Alternatively, they were carried around with the front cover facing into the body of the holder. Romance novels, one of my all-time favourite genres.

I read my first romance novel at about the age of ten or eleven. My mom had an old trunk full of books, magazines and letters from her pre-marital days. I saw a thick novel with a hardcover nestled there. I picked up the novel and read it in one sitting – I was hooked. This particular novel was chaste compared to some of the novels I’ve read in my lifetime – there was no sex. It was one of those ‘he pulled her into the room, threw her on the bed and kicked the door closed’ then the reader is introduced to the next chapter. There were intense descriptions of the emotions the female protagonist experienced at her lover’s hands – those were the naughtiest parts of the book.

A few years later I was shipped off to secondary school, a Catholic, female only boarding school. There were romance novels everywhere! Even when there were more pressing matters to attend to such as sports and swimming practice, tests and end of term exams – (romance) novels were the ubiquitous distraction.

There were about three of us in my class who took our romance novel reading seriously. We tracked down book titles, negotiated book swaps and shared the spoils. We also took to reading during lessons we found particularly boring.  This required skills in the art of multi-tasking and deception, cradling a book while occasionally glancing up at the teacher and feigning concentration. I did this during classes where the teachers talked incessantly from start to finish, without engaging the pupils or dictating notes – physics, occasionally chemistry and math. I was not STEM (Science, Technology, Engineering and Mathematics) compatible, recognising this early in life, I focused on my strengths.

Romance novels were a sort of coming of age for me. They were one of the tools I used to learn about sex (Voluptuous Voltarian wrote a great article on her experience with romance novels).

My mom’s version of the sex talk (when I was about twelve or thirteen) was “Do not have sex, you’ll end up a pregnant teen with an illegitimate child and your life will be ruined forever.” At age five I had announced my intended course of study at university and by age twelve, I proclaimed my career path to the family and it was settled. So the “…and your life will be ruined” portion of the statement was a caution, reminding me that my ambitious plans would be over before I had the chance to implement them. While she never elaborated on that statement, time and again I came across real life examples that reinforced her message.

That was it – sex education with mom was 21 words of prohibition and terror management. She placed a limitless moratorium on my sex life just as my teen years began.

I always thought my mom was not as strict as the other mothers I heard about from my friends and relatives, although she was firm. As I grew older through my teen years, she conversed and persuaded more, commanded less (or she was more persuasive about her commands) and stopped the occasional whippings – lashings delivered when I was excessively disobedient. I could negotiate with her on certain issues but sex was non-negotiable.

Once, during her delivery of a remix of the abstinence message, I jokingly mentioned condom use. She gave me the withering glare (the one that could stop even our dogs in their tracks) and what followed was a one hour monologue that left my ears as hot as if she had been pulling on them for the entire hour. All I remember from that speech was that she mentioned the word HIV+ a lot. My mother was an expert on terror management theory. When she was done talking; the prohibition remained, the terror management plan was adjusted to pregnant + HIV+ = ruined life, terminal illness and painful death. And that darn abiding moratorium on sex stayed in place! I was fifteen, rebellion was not an option in my mother’s house.

I received basic sex education from my secondary school teachers. Female parts, male parts, insert here. Condoms help prevent pregnancy and disease but they are not 100% safe and have tiny holes (although they skipped the ‘water in condom, water seeps through the condom’ experiment). It was a Catholic school and therefore the message was abstinence. None of the mechanics, all of the theory and scare tactics BUT the romance novels – they taught me the moves!

I learned about erogenous zones scattered all over my body in addition to the pleasure zone known as the clitoris (in retrospect, I realise the sex education teacher never once mentioned the clitoris or orgasms). I had no idea there were sensual areas on my hips and the arch of my back. The fact that a man could kiss you from your breasts to your thighs and have you quivering in anticipation or that a certain look could set your body on fire – spontaneous combustion. I was an impressionable teen, do not judge me.

I learned that someone could explore every crevice of your mouth with their tongue in ways that took your breath away (obviously) and this was considered foreplay. And foreplay! I learned that sex is like a three course French meal or three act play. There is a prelude, main event and conclusion. He has to rev your engine before he drives it.

I discovered that missionary was not white people bringing you religion the only or most satisfactory sex position. You could have sex standing against the door, on the table, the floor, in the shower, in a car or on the beach and there were multiple positions to explore.

Romance novels are educative, except on the pertinent topic of contraception and disease prevention. No mention of condoms – zero, zilch, bupkiss. Characters regularly engage in sex (sometimes all over the place) and there is never a ‘correct and consistent’ use of condoms (the Gates Foundation and UNAIDS would be so disappointed). Not even a hint of ‘he paused to roll a condom over his length.’ Whatever happened to responsible story telling?

While some people may have picked up their sex smarts from the movies, I did not. My dad monitored and censored my viewing habits. He was so proud of the TV model we owned, it had a special feature that enabled him to completely darken the screen with one click of the remote control – handy for those moments when a kissing or sex scene had slipped through his paternal censorship.

In the midst of the sketchy sex education, dad’s censorship and mom’s ‘desist policy’, romance novels were the perfect bridge for a teenage girl hungry for information on sex education or more precisely how to ‘do it’. As with all other genres of books I read alongside novels, the romance books were a great form of escapism. They allowed me to live vicariously through the female characters – the perfect although tempestuous love affair, what teenage girl does not want one?

While in secondary school I had romance novel partners-in-crime with whom I discussed the plots, characters and sex scenes, at university many girls read romance novels but it was one of those ‘open dirty secrets’. You did it, everyone knew you did it but you did not discuss it.

In reading, sometimes the female protagonists reminded me of myself while at other times they were remarkably different. I rode the roller coaster of emotions with the female protagonists often getting hot and bothered with them and I eagerly anticipated my own future lovemaking sessions. To date, my friend’s words still reverberate in my head “…ten minutes and the guy is done.”

I came to understand that romance novels are a form of fantasy. They describe the sex you would like to but rarely have in real life. The author plays to your emotions and multiplies everything to the nth degree and like all good story tellers, they guide your escape into another world.

After graduating university, I went on to two years of post-graduate studies. The intensity of the courses and the plethora of reading materials resulted in a two year hiatus from reading romance novels.

When I picked up a romance novel after that two year lull, something had changed.

Adventurers where did you pick up your sex smarts? Movies? Novels? Practice? Do you read romance novels? Why do you read them? What are your favourite titles & authors?

Have a Merry Orgasmic Christmas

I should have let him go down…