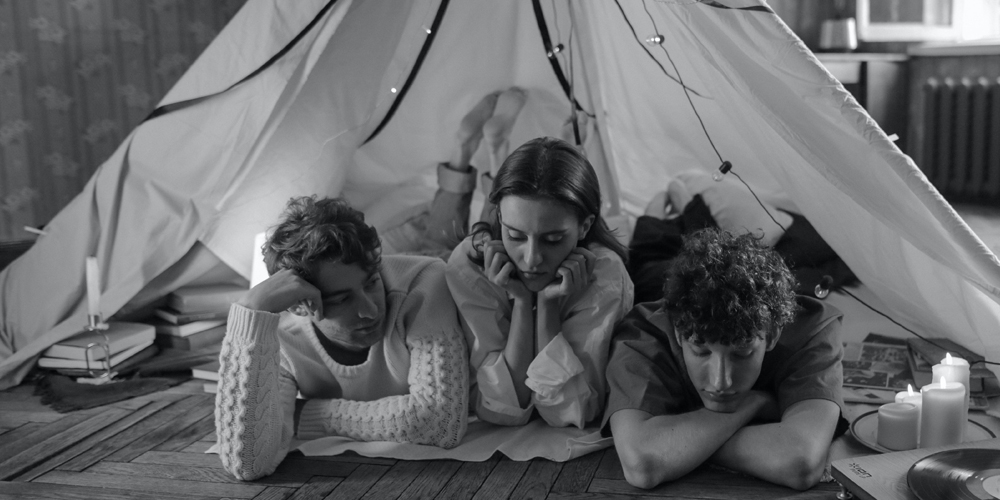 REPRESSED. This is not a term I or any of my friends would label me with, yet I am in a position where I have to admit that I am repressed or at least going through some distinct sexual identity issues.

I have always had a fascination with sex and when I say always I mean as early as I can remember. Though I didn’t know what I was doing with Barbie and Ken at the age of six I was definitely making them do something…inappropriate. At the age of 7 I got caught with a ‘naughty book’ at school and had the first uncomfortable conversation about the joys and beauty of sex…as opposed to the Smut that I was ingesting. At 9 I got caught again at school this time with a rather imaginative story I had written of teens babysitting, I would say it would be a case of soft (inexperienced) porn meets psycho.

Now at the age of 33 I am realising that somewhere in my growth and all those conversations that were inadvertently telling me I was a bad girl and my particular interest in sex was ‘filth’ ‘dirty’ and definitely not to be encouraged, my sexual compass has been thrown off and I am definitely not aligned with myself, needs and desires. I wasn’t very popular with the boys when growing up in the UK and it was on a visit to Ghana that I had my first ‘experience’ with a friend of the family’s son I was staying with. It was both romantic and illicit as he had a girlfriend and for the first time someone else made me feel the way I had been making myself feel and it was nice.

But again it was ‘bad behaviour’ it was hidden, risky, naughty and that, I think, added to the other situations has shaped my sexual behaviour and in turn interactions with men.

I like sex, really like it. Its fun, it can feel so good and hot and passionate or rough and bad…the issue now however is I can’t relax into it. I am unable to let go and just lose myself in the experience as I feel maybe I shouldn’t be doing this, this isn’t what sex is supposed to be about. A recent experience has sent me on this mental reflective spin, I think, because it was so left field – a total fantasy come to life it has left me reeling.

With these two people it feels/ felt really good, like ridiculously good and natural. The woman felt amazing and it was like I knew her, knew her body and we just gelled and fit. The guy makes me feel really comfortable and is someone who though I haven’t known for long at all I can really talk to.

Funnily enough when talking to a friend I retreated to my favourite place, blaming the man for my lack of total enjoyment in the situation.  I have a voice and can tell a person no, yes, more of that, none of that. But I find it hard to open my mouth and say what I want (which is quite common with women) so of course I shouldn’t be too surprised when I don’t get what I want. We have since spoken (something I would never have been able to do before even in long term relationships) and we seem to have a better level of understanding.

There were points when the three of us were literally connected and it was like nothing I’ve experienced, moving in time with each other, adding to each other’s pleasure – it was how I had imagined it could be. Even now as I’m writing and having a sexback (sexier version of flashback) I am taken to that moment again, that delicious complete moment.

So if something feels that natural to whom you are – experimental sex, exploration of people’s mind body and sexuality how can it also feel wrong? Or rather like I should feel it is wrong?  Why does my mind block the ultimate release, the orgasm? Why am I in any doubt as to whether to go there again when my body’s response is ‘hell yeah’?

I feel I am on the cusp of this realisation that will not only release me sexually but in many other areas that I am restricting my joy and pleasure (career, friendships, romantic relationships). I have decided to push through and go with it, the pull is too strong not too but I really want to find a way to be reconciled with myself so I can really let go…because this current confused me is restrictive and not sustainable!

Have you had a sexual experience that sent your mind racing down the rabbit hole? Are you sexually conflicted and working your way to a place that is more peaceful? Let me know…help a sister out 🙂

Guest Contributor Voluptous Voltarian: Coming On to Her After She Came Out to Me

9 comments On Guest Contributor Vortex: A Party of Three