LOHS: A Lament for Marie 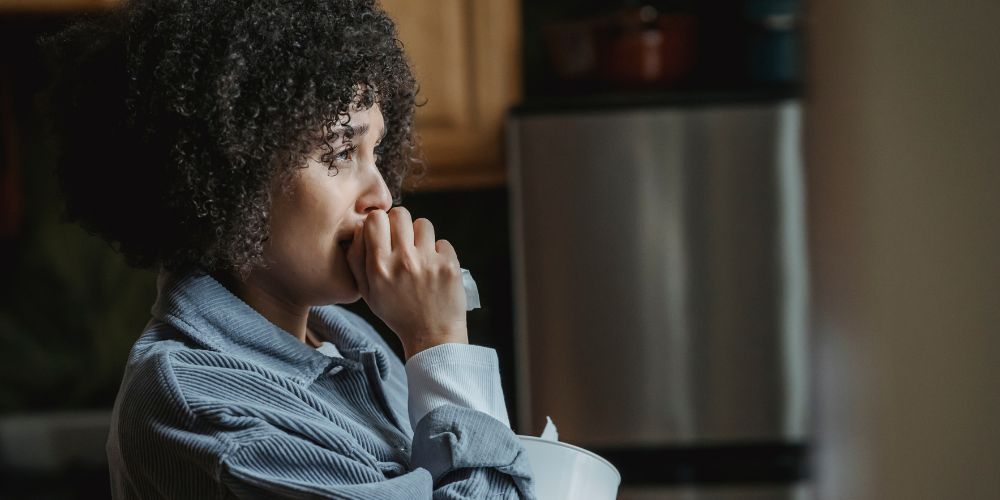 Pomaa winced as Akoto dabbed her left eye with a cold, wet cloth. He whispered soothing apologies as he cleaned her wounds.

“It was Freddie who actually found you,” he admitted. “He ran to get  me when he saw your car at the Children’s Playground.” Akoto frowned and gently took her hand. “What were you doing there at this time of night?”

“Daydreaming,” she sighed. “Daydreaming and living through a nightmare. I thought it was safe.”

There was a crisp quality to his voice Pomaa couldn’t discern. Given what he has witnessed he had reason to be concerned, but there was something else…something beyond disquiet for her wellbeing.

Pomaa bristled with indignation. Who was he to presume he could tell her where to go and when? She pushed his hand away, got to her feet and prepared to leave. Akoto blocked her path.

“I’ve already been held in captivity by one man this evening, Akoto,” she seethed. “And I’d appreciate it if I didn’t have to live through that again!”

God; what was he to do next? He didn’t want her to leave this way – angry, aloof and injured. He wanted to cradle her and protect her, by force if necessary. But he knew Agyapomaa. He knew she had her own mind. If she felt like she was being goaded into anything, she would bolt and be gone faster than kelewele at an outdooring. He stumbled over his next words, hoping to persuade her to stay.

“Yes…yes, of course you’ve been through a horrible ordeal. It’s just that I don’t want to see any  more harm come to you is all. I feel responsible for you in some way. Won’t you at least stay and let me finish dressing your wounds?”

The vice grip Pomaa had on her car keys slackened. Was she that weak? He sounded so sincere, almost more pained by the thought of her departure than the injury she had just suffered. She cursed herself and sat back down on the sofa, submitting to Akoto’s entreaty. He smiled meekly and put a plaster over each of her bruises. Twelve in all.

“Akoto, I’m sure I look like a mummy!” Pomaa laughed, running her hand across her cheek. “Is there any of my face left to show?”

He chuckled and closed up his first aid kit, placing it in an old wardrobe in the corner of the room. They were in the container, the one beneath his workshop above. Pomaa took the first real opportunity she’d had to scan the room. There was a small wooden stool and table in the center of the room; the sofa she was sitting on – which must have doubled as a bed; and the massive mahogany wardrobe – obviously Akoto’s most prized possession. Something was humming in the shadows.

“Would you like some water?” he asked, bringing her a sachet on a tray.

So the man could afford a refrigerator? That was something.

“Yes, please. Thank you.” She bit into the corner of the sachet and tried not to sip too greedily.

The pair sat in silence, groping for something to say next. Pomaa didn’t want to dwell on her recent misfortune, but she also wasn’t ready to consider what this moment might mean to Akoto. Giving him false hope that her gratitude was grounds to hope for a relationship would be unfair and unscrupulous. Nothing could possibly come of…

“I hope you won’t press charges against Mamadou,” Akoto said quietly. “He’s already been through so much. I don’t think he could handle prison.”

“I have to do something,” Pomaa countered. “He just can’t be allowed to carry on this way. It’s not safe and it’s not right.”

Akoto put the tray he’d been holding down on the center table and began to pace agitatedly. Finally, he stopped and forced Pomaa to hold his gaze.

“You see, the thing is, I feel responsible for Mamadou too. It’s not his fault he has to live this life.”

“You feel a lot of responsibility for a lot of people, don’t you Escarpment?” She hadn’t meant to snap, but there was sharpness in her voice that she couldn’t control. Why was he trying to protect this man who had brutalized her for the last few hours?

“I know what you’re thinking,” Akoto said in measured tones. “And I’m just trying to defend a bad man. Mamadou needs help, and he’s not going to get it neglected in one of our Ghana prison cells.”

Pomaa put down her water and squinted at Akoto.

“The slippers he was wearing…did you repair those for him? They looked new.”

“I made them for him,” Akoto said, turning away from her stare. “Mamadou needs someone to look after him. He has no one.”

“Where is his wife? He mistook me for her. Surely she must live in the area?”

She would come to regret asking that question. By the time Akoto was done, Pomaa was reduced to a slobbering heap in his sinewy arms.

Mamadou had been a tailor, one of the finest Kumasi had ever known.  His skill with embroidery was unparalleled, his ability to create cut and fit inimitable.  He and his wife Marie lived a good life in the city with their two children. Akoto could not remember their names: Mamadou only ever referred to the younger as bébé. He had consistent work, which was wonderful. But he could not trust his apprentice or anyone else to maintain the quality of his craft. He was a control freak, essentially. He soon became overwhelmed with work.

Eventually Mamadou stopped eating, started drinking and became a tyrant at home. He yelled at the kids, beat his wife, insulted his neighbors, made unreasonable demands on everyone around him. To her credit, Marie stood by him the entire time, until the unthinkable and unforgivable happened.

One night, when the baby was crying, Mamadou went into the room and took the child into the kitchen to feed him. He told his wife not to worry…he would take care of everything. Just before she drifted off to sleep, she heard the child scream a horrible, wretched scream. When she got to the kitchen, Mamadou was cutting off his legs with a kitchen knife. He was too drunk to realize what he was doing.

Marie took the kids and no one has seen her or them since.

Pomaa jumped when he clicked his fingers to illustrate Mamadou’s psychotic break.

“He’s spent the last ten years terrorizing anyone who enters that park. Most people have come to avoid it altogether. It’s not like the government has done its part in maintaining it. It may as well serve as a home to a mad man.”

“I do,” Akoto nodded. “We’re both victims of circumstance. Two lost boys. I think if he were in my position, he would do the same. He needs help, Pomaa, not punishment. I’m so sorry for what he did to you…and honestly if he were another man I would have killed him for it. But I know he didn’t mean it. If he could tell you – if he were in his right mind – he would apologize to you Agyapomaa.”

Pomaa sobbed for the injustice of it all. That poor woman. The poor baby. Poor Mamadou… Of course she wouldn’t press charges!

“Thank you,” he breathed, slipping his arms under hers for a gentle embrace. “Thank you so much…”

She didn’t shrink away from his touch, choosing rather to melt into it, to coalesce with his firm slender frame. Was it her heart or his beating so wildly? There was no time to decipher the difference. Akoto’s lips were soon up hers, his kisses an embrocation for her wounds both physical and emotional. Ewurade, she’d never been kissed like this before. With such urgency and deliciousness and passion and…

God; what was the time?!

“No. Please stay a little longer.”

“I can’t. My parents will be looking for me. And there’s no telling what Freddie might have said to them.” She sighed her last words. “Please let me go.”

Reluctantly, he did let her up, assisting her to the car with every step she took, promising to check on her the next day. She smiled and said she would like that.

This time, as his image got smaller in her review mirror, she was apprehensive about seeing him again for an entirely different reason. She was looking forward to it, and that scared her. The idea that she could look forward to seeing him again was frightening indeed.

A Dark Knight in Kumasi

‘The Lover of my Soul’ by Guest Contributor Frema

Three is definitely not a crowd (Part 4)

6 comments On LOHS: A Lament for Marie