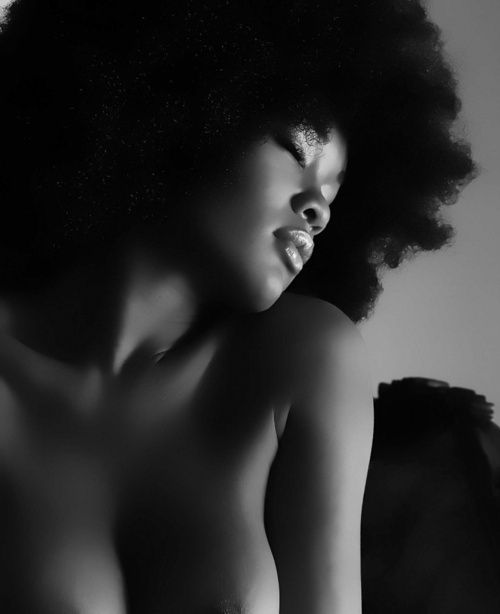 “Frema, what are you doing? We need to run!”

Frema cursed as the taxi driver shot them a skeptical glance and drove off, honking his horn in hopes of attracting less suspicious passengers. A torrent of salty sweat rushed down Pomaa’s face and as grabbed Frema’s hand and urged her on, lamenting about how much easier to run if she were not half drunk and in heels. They didn’t have time to worry about the unsympathetic driver. Mamadou was getting closer!

A security guard furrowed his brow as the two women approached the metal gates that guarded the pristine property. What business did they have there, he wanted to know. Frema broke into tears, on cue.

“Oh, boss! Our car broke down and we are late for a business meeting at the hotel,” she sniffed mournfully. “We’ve been sweating and suffering to get here on time. By now the Americans we are supposed to meet will be very angry with us. You know how they are about their time.”

Pomaa stood looking stricken, and genuinely frightened. This caused the security guard to take pity in them and let them into the premises. It must have been true. Some very grim looking foreigners had recently come into the hotel, he informed them. They had better hurry and meet them. Frema muttered her thanks, controlled the beating of her heart and strode confidently into the lobby of the hotel. Pomaa followed suit, limping in pain now that she wasn’t running. Mamadou had caught up to them at the gate, yelling Marie’s name. The security guard chased him away, threatening to beat him if he didn’t leave immediately.

“Why didn’t you tell the gateman the truth?” Pomaa hissed. “We were being followed!”

“Don’t turn around,” Frema instructed coolly. “And don’t be silly. If we had told him we were being followed, he would have detained us to get more details. You know how kokonsa and nosy these watchmen can be.”

They made a beeline for the lobby restroom and took stock of their appearance. It wasn’t good. Frema burst into tears as she studied her reflection in the mirror.

“My K’naf Couture jacket is ruined, Agyapomaa! Look at it! The sleeve is ripped!”

“Why are you wearing a silk jacket in town anyway? Weren’t you feeling hot with it on?”

“Because I’m a fashionista! And fashionistas don’t run from madmen on the Archbishop Sarpong Road…they ride in air-conditioned cars!”

Pomaa turned on the tap and splashed water on her face, willing her knees not to buckle from the overwhelming fear she had experienced. She nearly fainted when she heard Frema shriek in horror.

“Pomaa… Agyapomaa! One of my Awo for MAKSI earrings is missing.” Frema collapsed on the ground in a sweaty, slobbering heap. “Do you know how many compliments I got on those earrings? You don’t know, because you don’t own a pair!”

Pomaa joined Frema on the cold terrazzo floor, trying in vain to soothe her. She was inconsolable, sobbing ungracefully as she clutched her mate-less, gold chandelier earring in her trembling hands. This loss was more than she could handle. She smacked Pomaa’s comforting hand away, demanding answers. Why hadn’t she called the authorities on this man yet?

“Didn’t you tell me that you saw him roaming near your house some time ago?” she queried. “And now he’s chasing after you in town. Pomaa, he’s stalking you because he thinks you’re someone else!”

“I know…I know,” Pomaa said quietly. “It’s just that I promised Akoto I wouldn’t press charges against him. He begged me to give him time to figure out what to do about Mamadou. It’s not that bad though…is it?”

“Not that bad? Are you crazy? It’s worse than you think!” She held up her earring in exasperation. “We’re hiding on the toilet floor of a hotel from a madman! Wake up, Pomaa. Your compassion is going to get you killed.”

She was right, of course. Frema hadn’t delivered the truth gently, but there was no denying that this string of events would soon turn volatile if left unchecked. She pulled Frema to her feet and vowed to sort things out.

“Do it soon,” Frema sniffed. “And you owe me for a new jacket. This one came from the 2011 collection. It’s vintage.”

Ekow Afriyie tapped the butt of his Parker pen against the crisp white stack of paper protected by the leather portfolio Dennis had laid them in. If Uncle Ekow backed the park renovation, other community leaders would want to join the venture as well – which meant Pomaa’s hope for a general partnership would be achieved. If he didn’t, she’d have to ask her father for a loan to fund the renovation – as prospect she found as appealing as getting her private parts waxed in public. She crossed her legs and clasped her hands tightly in her lap at the thought of suffering that level of discomfort.

“Tell me one more time how this works.”

“Well, Mr. Afriyie, what we are proposing is a Green Initiative,” Dennis said, trying not to sound rehearsed. He had repeated the same pitch at least two dozen times, and Ekow Afriyie had sat in on each one of them. “All of the materials in the park will have multi-use – previous and repurposed use, in fact – and they will all be powered by kinetics.”

Ekow Afriyie chuckled. “I’m just a simple man. Not an engineer like you. Explain kinetics again?”

“Are you an engineer?”

“Then please let me hear it from the engineer,” Uncle Ekow chided.

Dennis offered her a supportive glance and detailed how the park would be completely powered by human force and interaction. The force of the water fountain and spray ground would be powered by children playing on the swings and merry-go-rounds. The pavilions would be redesigned to make maximum use of the natural elements of wind in order to keep them climate controlled. And finally there would house worm vermicomposting centers that would provide nutrients for the park’s soil and gardens.

“The best part is that it is all self-contained and would run at virtually no cost,” Dennis concluded.

“And that is where the return on investment comes in for you, Mr. Afriyie,” Pomaa added, eschewing the familiarity she had formally employed in addressing him. “Because all the park’s visitors create all the energy with every action they take – a bite of food or playing with their kids – we are not responsible or dependent on the city’s power grid for any aspect of running the park.”

“Apart from routine maintenance – and maintenance will be key –  the costs involved post execution are minimal. Just imagine: You and the rest of our backers will be solely responsible for ushering in a new era of Green Thinking in Kumasi. You will be restoring the city to her historic glory.”

Dennis sat back and let the vision seek in. Should they add more? Maybe they should have added more details. Being on this side of the decision table was new to her. In event planning, she took people’s dreams and made them a reality. She had never really had to sell her own dream before. The sound of furious scribbling interrupted her thoughts.

“That’s all I needed to hear,” Mr. Afriyie said, setting down his pen. “If you are confident Dennis, then I am confident too.”

Dennis nodded his agreement. “I believe in this because Agyapomaa is so passionate about it. She convinced me from the beginning it could work. It was her vision; I just provided the know-how.”

Pomaa tilted her head to the left and gave Dennis a grateful smile. This was her cue to play demure and coy in the face of such potent masculinity, although every pore in her being wanted to jump on Ekow Afriyie’s desk and scream “you’re damn right it was MY idea!”

Instead she thanked him for his time, indicated that she would get his secretary to make official copies of the contract and walked Dennis to his car. When they were safely out of earshot in the parking lot, she squealed and skipped around the parking lot.

“We did it, Dennis!” she yelped. “All those long nights, hours and hours poring over details, all the models you built…they were all worth it!”

Dennis grinned and grabbed Pomaa in a huge bear hug.

“My first contract in Ghana! I can’t believe it,” he gushed. “It’s like a dream come true…and it’s all thanks to you!”

He held her at arms’ length and planted a long, deep, longing passionate kiss on her lips.

She slapped him. Hard.

“What are you doing? What the hell do you think you’re doing, Dennis!”

“Pomaa…I’m sorry. I thought there was something between us. We’ve just spent so much time together. Alone. I thought…” He was stammering, looking bewildered.

“We were working, Dennis! And what about Frema? How could you even think that? She’s my best friend!”

Pomaa began pacing the parking lot. This could not have happened at a worse time. They were supposed to be celebrating, not beginning their business partnership with conflicts. There was only one thing left to do. She would flee – run away as she always did. That’s what worked for her.

“Listen,” she said sourly, “this is what we’re going to do. The financers like you best – because you have one thing I don’t: a penis. So you’re going to take the plans and make this happen. I’m going to go away for a week and pick up where you’ve left off. After that, we’ll never work alone again. Got it?”

“And we definitely won’t be mentioning any of this to Frema.”

She was shaking when she got into her car. Her fingers trembled violently as she furiously typed a text message.

Hey. Want to do something crazy?

She sat and waited for a reply. Fifteen seconds later the response she hoped for came back.

She started her car and drove away, leaving Dennis’ pathetic, dumbfounded image in her rearview mirror.

LOHS: A Trip to the Mountains

Could ‘FIN Drink’ Be the Key to Unlocking the Fire in Your Libido?