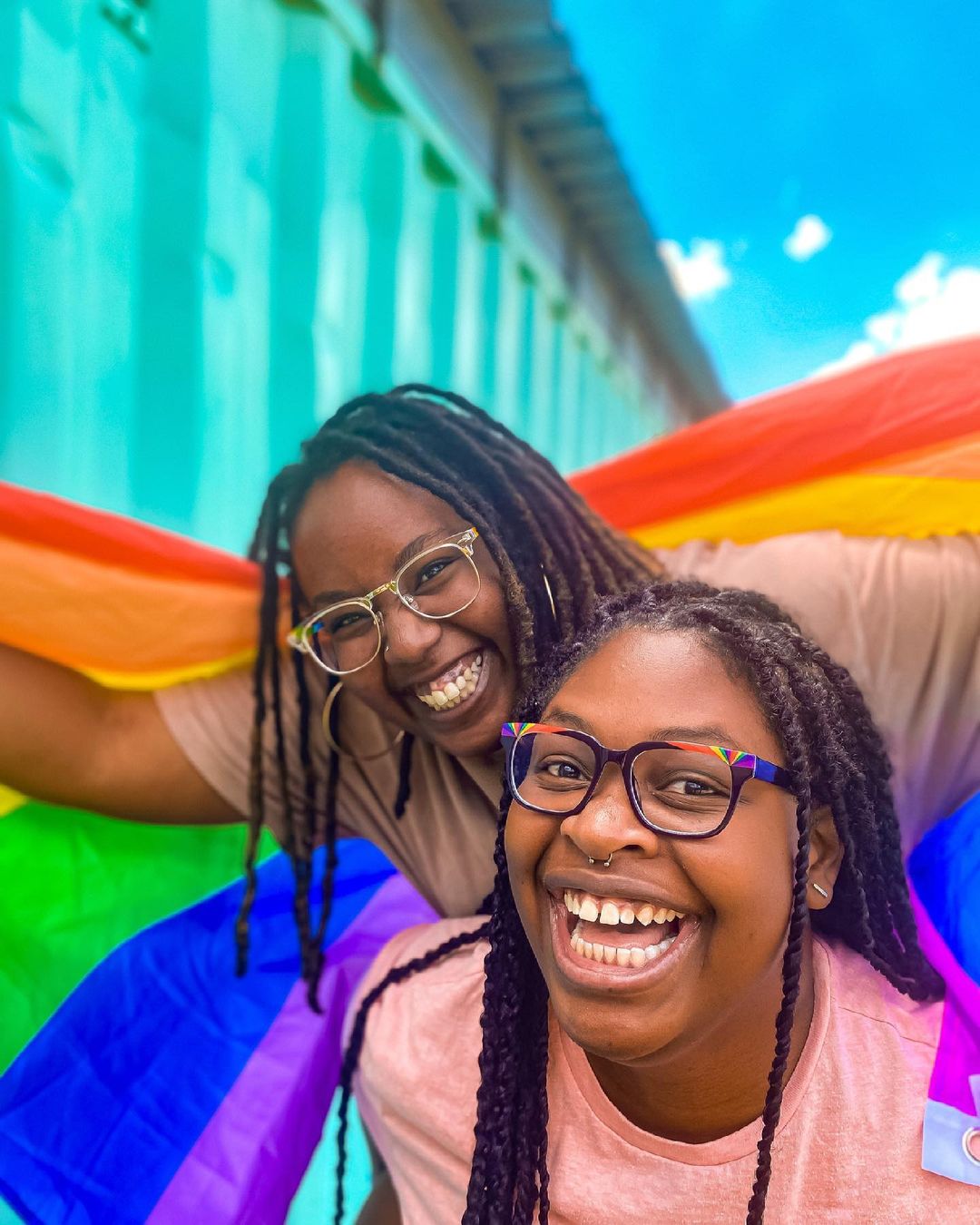 Who? How? What? Where? Sake of why? Chale. Because it turns out the female body is a landmine of issues and it was my turn to step on one of those mines.

Background: For the past couple of weeks sex had started getting a little painful for me. Certain positions hurt and sometimes even if the sex was pain-free a few seconds after I had come my delicious afterglow would be interrupted by a series of cramps in my vagina and lower abdomen that were so painful they defied description. I mentioned this to the person I was fucking (my ex-boyfriend turned friend with benefits) and we decided to keep fucking in a less diverse array of positions and see if things got better. It didn’t. After three experiences I started not wanting to fuck at all because even if the fucking felt good while I was doing it the inevitability of some pain following it became a psychological expectation for me and I couldn’t really relax enough to enjoy it. Whatever phenomenal sensations were coursing through my body during “the do” were just a harbinger of the apocalypse that would descend as soon as I had come. No bueno. I called a time out on the sex and made an appointment with the doctor.

In the interim, I decided to try to figure out if perhaps it was my partner’s outsized anatomy that was suddenly doing the damage. Maybe my pussy had inexplicably shrunk and his big dick (always far more than I could handle but in such a good way) was suddenly not the amazing mix of subtle pain and immense pleasure that it used to be and had suddenly become just pain. I have always loved vibes and always had one, whether I  was in a relationship or not, and since my vibrator was much smaller than my guy’s anatomy I decided to try to see if I could have pain-free sex with my B.O.B (battery-operated boyfriend). I couldn’t. As soon as I came the pain started. I thought, okay maybe something internal is happening, let’s see if I just stimulate my clitoris and come if that will change the dynamic. No cigar. Bad pain, even though there had been no internal insertion. Chale, this is when I started to panic. Sex is a big part of my life and a big part of how I relate to someone I am with emotionally. Was my pussy broken? Had I damaged it with all my acrobatic positions? If I could no longer have sex or use my vibrator what was I going to do to take the edge off? Was the world coming to an end?

The doctor’s visit confirmed that it kinda was. Not coming to an end, per se, but definitely in for some climate changes. As Dr X examined me, and moved his ceramic probe this way and that way, debilitating sparks of pain shot through my body. He pressed down at one point and the pain jerked me off the examination table. He was about to enquire if sex had become painful for me but he naaa when he saw my face he advised himself and asked instead if it was so painful I couldn’t get through it or if it was something I could grit my teeth and bear if necessary. I told him I didn’t believe in enduring sex I believed in enjoying it and so that was not an option. He told me things didn’t look good, asked me to put my bottoms back on and then, once I was sitting across from him in his consulting chair, peered solemnly at me and handed me a brochure with all kinds of scary-looking diagrams on it. See, my adventurous family, somehow, in the last year or so I have developed a condition called endometriosis. It has a bunch of symptoms and implications, which you can Google, but the most relevant to my life right now is that it makes sex really painful. And now the thing that has been my primary stress reliever is off the table.

I told the guy I was sleeping with about it and I could see immediately from the look in his eyes that he was not a happy camper. We used to be very much in love, and our sex life has always been phenomenal even now that we are technically not together any more and so for him, and to be honest, for me, the news kinda fundamentally alters the way we relate to each other. It’s like sex is the only real link we have left and I was taking it off the table. I could understand his feelings cos I was having them too.

Over the next few weeks we fucked a couple of times. Both quickies lasting no longer than five minutes, that was my stipulation. I had thought I didn’t want any sex at all and if I think back on it now I probably didn’t but both times he had walked in on me freshly showered and putting lotion on and had lotioned up my back for me, which is our common routine. The combination of him touching me and murmuring how sexy I was while he begged for just a minute inside had me doing things against my better judgment.

At some point later in the week we even had full-on sex for an hour and I enjoyed it physically and felt my body respond. But somehow, because now with all the pain I have this negative association with sex, I couldn’t really enjoy it mentally. I kept waiting for the pain to start and waiting for him to realize I wasn’t fully there and after it was all over I found myself feeling a little resentful towards him—like he cared more about his pleasure than he did about my health. I knew that wasn’t fair cos if I can’t expect him to care about me more than I care about myself so I just decided to hold off on sex till I could figure how to manage the endometriosis. We haven’t fucked since and on the few occasions where he’s tried to just touch me without any sex I haven’t been able to enjoy it cos I keep thinking that I’m getting wet and getting worked up for nothing; there is no finish line. He loves my boobs and could attend to them for days and one night he climbed into my bed and started sucking on my nipples but after a while all I could feel was irritation because I knew I wouldn’t get to come. When I mentioned this he said “Well, I’m not getting to come either, I just want to touch you” and I was a little taken aback by that because he would get to go home and jack off and I couldn’t even do that because coming causes all this pain. I said as much and he just sort of backed off, put his hands up, and left my place in a huff.

Since then we’ve had a bunch of fights about everything and nothing and it is pretty clear that without the fucking we don’t really have any way to connect anymore.

So yeah, chale. There goes my sex life. Things have fallen apart and the center is not holding. I feel like a leopard who woke up one morning as a lizard and is trying to figure out what to do with this fundamental change in identity. I know I’m not defined by how often I fuck and there are a bunch of other ways to express love and form connections. I usually do them in the beginnings of relationships and that is how I come to love and desire someone and then once we start fucking they are the things that connect us in addition to the sex. So logic tells me I can just continue with that stuff once the point where I would be fucking someone starts and maybe intensify and diversify those other things a little bit. But, I won’t lie, since I started fucking eight years ago it’s been my second favorite thing to do in the world and without it I’m not entirely sure what kind of romantic partner I am. Or more precisely, if I can be the kind of romantic partner I want to be.

Right now I don’t have to worry about it too much. I’m single. I was sleeping with someone I was in the process of letting go off emotionally so basically the no-sex changes just fanned the flames of something that was already turning to ash. But all this has made me really start to wonder whether relationships can survive without sex. I’m not talking here about relationships where the people in it aren’t very sexual and sex was never important in the first place—they were together because of ideological reasons/ it was a financial merger/it was an arranged match/they considered each other, first and foremost, intellectual or spiritual partners and they had sex for procreation etc—I’m talking about relationships where there was love and passion and touch was the primary mode of connection. Could a relationship like that survive if one of the partners was going through something, either physically or emotionally, which meant that sex was suddenly off the table?

Adventurer, if you were in a relationship with someone who always wanted you and expressed that physical desire often and then, for some reason, they no longer seemed to, would the feelings of rejection and hurt overshadow whatever sympathy you felt for what they were going through? Could lots and lots of affection and non-sexual touching take the place of fucking and would it be enough? I don’t know. It seems like with men and sex (and women to almost the same degree) consistency is a key factor to their feeling loved and safe and secure. So how you start is how you continue. But with health stuff, in my case at least, what it most likely is that there will be starts and stops. By which I mean, the treatment I am starting for the endometriosis will work, the pain will subside, I will go back to being the coticulturist I am and then, after a while, the medical issues will come back and I will go off sex again. So whoever I am with will have to deal with a little bit of a rollercoaster. Who here is in a relationship where the sex was great and then stopped? Did you mind? How did you get through it? Are y’all still together? More importantly, are you still happy? Enquiring minds need to know.

Sex Tips for Men who sleep with Women…

I Miss Fucking You

7 comments On Do Adult Romantic Relationships Survive without Sex? By Guest Contributor VV