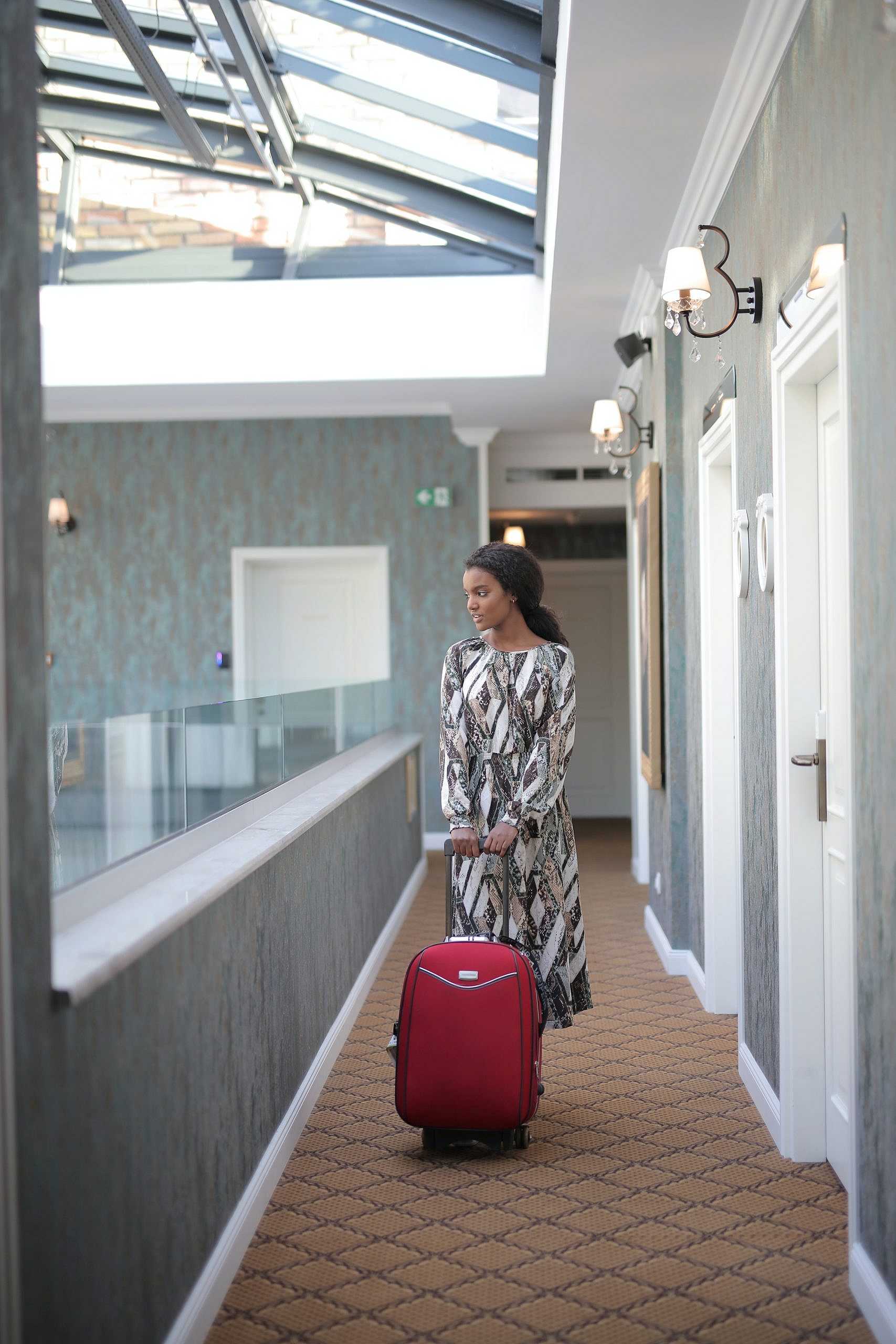 Dinner was quiet and uncomfortable that night. If it weren’t for the random fits of laughter the twins erupted in. Kodjo set the last two steaks on the table and speared the thickest one and watched with amusement as his two sons squabbled over who would eat the last one. Diane sipped her sweet tea pensively while Khadijah avoided her father’s gaze.

Kodjo sawed his meat into cubes and asked his question around the masticating food in his mouth. “So tell me again how this happened?”

Diane sighed and looked up at the stars. Having dinner on the deck and tasking Kodjo with doing the grilling was supposed to keep him focused and reduce his curiosity surrounding Khadijah’s injury, not heighten it. Diane hadn’t counted on so many probing questions. Now she was having a hard time remembering the details of the fabrication she had weaved.

“It matters to me,” Kodjo replied, swallowing his food with a swig of beer. He had a faraway look as though something else had occurred to him. “I think we should thank whoever is responsible appropriately. You said she didn’t go to the ER. So where did she get her leg set?”

Diane looked at Khadijah for help. Her daughter – her first born child – looked away and continued to trace her finger along the chalky surface of her cast. Diane had given her express directions not to say anything at dinner. She said she would take care of explaining it to her dad. What did her mother expect her to do, now that she had been backed into a corner?

Kodjo’s obvious suspicion was expressed in one question. “Well?”

Kyle and Kevin suddenly took interest in the conversation they had been ignoring all night. This dynamic was not one they were used to seeing at home. Diane normally dominated dinner conversation…all conversation really. The boys had learned to tune her voice out as they got older. She could be such a nag! Kyle particularly felt sorry for his father when Diane was running him down. He knew something was wrong in their marriage, but Kodjo was such a private man he would never share what it was. Kevin speared a roasted potato and leaned back, waiting for his mother’s response.

Khadijah sighed and tossed the embroidered white napkin she’d been fidgeting with for most of the night onto the table.

Kodjo began to groan as though he was in pain, clutching his belly and rubbing his temples. This display was precisely what Diane was trying to avoid. Khadijah shrugged in reply to Diane’s dirty look.

“What wrong with Daddy?” the twins asked in unison.

“Nothing girls. Daddy is okay,” Diane assured them. “Kevin, can you take the girls upstairs and get them washed up for bed?”

Kevin balked at the notion of being sent away. He crossed his long brown arms defiantly. “Why do I have to do it? Why can’t Kyle? He’s older!”

“Because I asked you to do it, sweetie.”

“But I don’t want to miss this!” he wailed. When he saw Diane’s eyes flash, he shot out of his seat and grabbed the sisters by the hand. “Come on, you guys.”

When the younger children were safely out of earshot, Diane turned her attention to her husband, who was still struggling to compose himself. Kyle had fished another bottle of cold beer from the cooler on the deck and handed it to Kodjo, who drank it greedily.

“You see? Look at how you’re reacting. This is exactly why I didn’t tell you?” Diane hissed. “It’s really no big deal!”

“If it’s no big deal, why lie to me?” Kodjo raged. “You know it’s wrong! Next you are going to tell me that his queer doctor bandaged my daughter’s foot!”

Diane and Khadijah glanced at each other. Their silent exchange confirmed Kodjo’s sarcastically thrown allegation. This was too much! Kodjo clutched his throat, fighting to loosen the imaginary noose that threatened to cut his life short. The idea that he should be indebted to an aberration like Alexiz Simmons…it was too much to bear.

Khadijah’s defiant stare gradually began to soften in the face of her father’s torment. She moved to give him a hug, but was hindered by the weight of her broken leg.

“Dad, it really is okay,” she whispered softly. “Alexis is really a sweetheart. She desperately wants to be friends with all of us…you most of all. You should hear how interested she is in Ghana. She wants to come with us on our next vacation.”

“Over my dead body!” Kodjo spat. “And how am I to introduce it to my colleagues in Accra? You think Ghana is America, eh?”

Diane watched the exchange helplessly. She shared Kodjo’s contempt for Alexiz Simmons, albeit with less vehemence, but she couldn’t deny that Khadijah had a point. Alexiz had a good heart and could be a really good friend if Kodjo would just let her.

“Babe, no matter how we feel about Alexiz ‘situation’, she’s still a human being…and she came to our daughter’s rescue.”

Kodjo would not be reasoned with. “Oh don’t ‘babe’ me, you this woman! Instead of you to prevent this nonsense, you are rather encouraging it!”

“Kyle, can you help Dijah up to her room please? I’ll clean up here.”

Kodjo was still kvetching long after the dishes had been washed and the lights had been turned off. Diane was washing her face when he finally calmed down. She was dabbing her face and turned to find him leaning against the entrance to the bathroom door looking remorseful.

“I’ve thought about it, and I’ve decided that you guys are right,” he said solemnly. “It is my Christian duty to show my appreciation for the kindness shown to my child.”

Huh? Diane had mentioned nothing about Christ. Whatever.

“Outbursts,” Diane corrected sternly. “You had more than one.”

Kodjo met Diane’s cold gaze before he broke into an apologetic smile. Eventually the pair began to laugh until they were gasping for breath. It all seemed so absurd now: Dijah helplessly on the floor; Kyle’s refusal to leave dinner, Kevin plying his father with alcohol to calm his nerves…God, it felt good to hear Diane laugh again. It was a multilayered, melodic sound – clear as crystal one moment and husky the next. Did his wife know how many days and nights her laugh had saved him from madness? She must not have. If she did, it would make her the cruelest woman on earth. Diane was many things, but willfully evil was not one of them.

With one step, Kodjo gathered his bride into his arms and began to kiss her passionately. His lips hungrily bonded with bare skin wherever they found it. Diane huffed as though to protest and resist, but when his mouth found the delicate spot where her shoulder met her neck, she relaxed. Kodjo expertly unbelted her robe and cast it on the floor before guiding her downward next to it.

“Shhh,” he whispered. “We’ve talked too much already.”

Kodjo nibbled and plucked at her soft brown skin until he found his prize – the dewy silk between her toned thighs. He would have devoured her just like that, on her back and staring at the ceiling, but she would be expecting that. Uncertain when he would have the chance to touch his wife in this way again, he rolled her over onto her belly, lifted her by her waist, separated her by the knees and tongue fucked her from the back.

He licked his apology on her slick labia, pleaded with her clitoris for clemency with unrelenting suction, and confessed his devotion feral groans. Kodjo’s forgiveness was granted in a hot, pulsating puddle of pleasure twenty minutes later.

Mr. and Mrs. Adofo lay together, Diane pressed between the cool of the marble floor and the heat of her husband’s body, lost in their private thoughts. She glanced at the clock. It was nearly midnight.

“We should really get to bed,” she said quietly.

Kodjo agreed reluctantly. He gave the firmness of her ass a final gentle kiss before helping her up. He paused and then lifted her in her arms. Diane cackled in surprise as he carried her to bed and gently lay her down.

Kodjo playfully pressed his lips against hers and grinned. “I know. Isn’t it glorious?”

“You’re so silly,” she laughed. She had missed feeling this close to him. Diane thought about how much time she had wasted – two whole years – resenting who she knew was a really good man. And she was so sorry she had lied to him about Khadijah’s accident.

“Let’s not talk about that now,” Kodjo said sleepily. “We can work that out later. I love you.”

But Kodjo was already asleep. Diane lay awake for a few more minutes contemplating everything that had happened that night. And then an idea, a brilliant epiphany struck her! She knew how she could fix everything.

‘Consent – For Us Who Like It Rough’ by Suhaida Dramani

Guest Contributor Frema: A teenager trying to find her way out of the woods