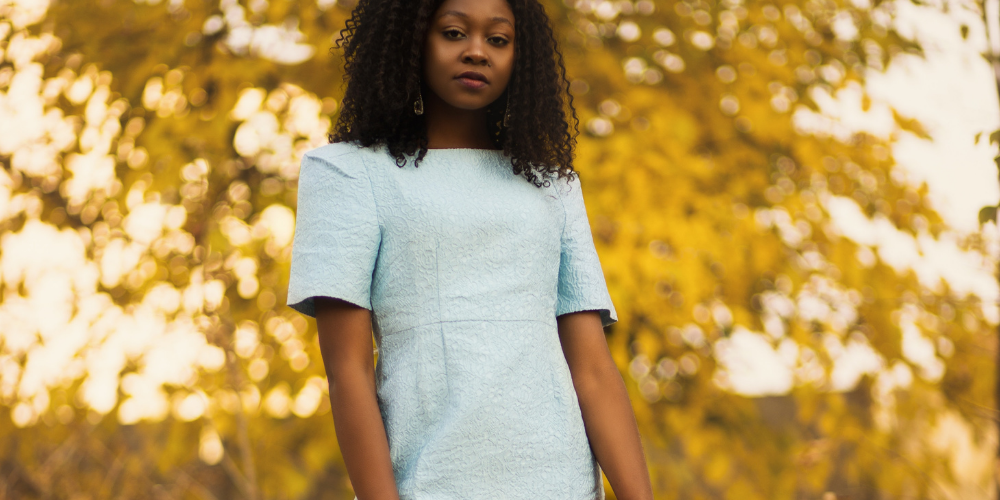 Autumn had come faster than Diane had anticipated. After so many years living in Atlanta, she still wasn’t sure why the bipolar weather in this part of the country still surprised her. There was a common saying among the natives: “Don’t like the weather? Wait a few hours.”

Things were so unpredictable in this city. Socialites rose to fame like meteors and fell from grace just as quickly. Mega pastors blew through the metropolis with the latest wind of God movement until the next scandal rocked them. Employers were so fickle here too. You could find yourself gainfully employed one day and homeless the next. Truly, the only thing you could rely on in Atlanta is gridlocked traffic every day – except Sundays. This was the South and only old people and out-of-towners hit the highways on the Sabbath.

It was for this reason – this scourge of unforeseeability that covered every aspect of life in this city– that Diane felt it necessary to guide the next steps of Khadijah’s path. The child was beside herself after losing her job. That snake Robin had fired Khadijah from the boutique after Diane brought a negligence suit against the store on her daughter’s behalf. Dijah hadn’t wanted it, but Diane knew it was best. If a tight wad light Robin Sandorff wasn’t going to pay Khadijah’s medical bills while getting injured on her property, then she was going to have to provide compensation by force! Diane only wished Khadijah could see the wisdom in this course, but the girl was determined to be sullen. She claimed no one else would hire her after this, that they would think she was a trouble maker. Nonsense! This is why Black women remain at the bottom of the totem pole; because they are afraid to stand up for their rights.

No. Not on Diane’s watch and certainly not on her daughter’s pain. She could give Khadijah the certainty that she needed.

The heat from her Kindle spread a pleasant warmth all over her thighs. Experiencing the dual sensations of chilly air and a single warm spot that close to her privates delighted her in a way she had not anticipated. Diane’s lips curled upward as leaned back in the wrought iron bench, reveling in this new pleasure. It had not escaped her in that moment that she had not needed the aids of her sex toys in weeks. Kodjo had been almost ritualistic – and SO creative – in ensuring her erotic fantasies were fulfilled. He was still dead as Lazarus between the thighs, but if God’s only Son could raise a whole man’s body, then surely in time He would raise another’s mere member. She just needed to have some faith.

The intruder’s voice startled Diane sending the screen of her e-reader to the grass with a soft thud.

“What? Oh…it’s you,” Diane muttered, reaching for the fallen device.

Alexiz feigned hurt at being so dismissively acknowledged. “That’s no way to greet your neighbor!” she gasped. “And don’t try to dodge my question. Why are you on a dating site? Things not going well in the man department?”

Diane rolled her eyes. She couldn’t believe she was about to have this conversation with Alexiz, but she had already been caught, and Alexiz was like a bull dog fighting over a bone whenever curiosity got the better of her. A pair of green eyes kept their unwavering gaze on hers, waiting expectedly.

“I’m looking for a new boyfriend for Dijah,” Diane whispered.

Alexiz was puzzled. “I wasn’t aware she had an old boyfriend.”

“She doesn’t. But I think she needs one. She needs some maturity, I think.”

Alexiz wrinkled her nose in disapproval. Her neighbor as always going on about what it meant to be a “strong Black woman in America” and “what it took to survive the system that was built to keep her race down”, so the idea that Dijah should need a boyfriend to bring her into maturity did not sit right with her. Still, what did Alexiz know about being a Black woman? She had only recently come into the full fruits of femininity herself. Instead of castigating Diane for what she was sure was utter nonsense, she settled in the chair next to her and peered over her shoulder, checking out profiles of taut 20-something year old men and giving her opinion on who to accept or reject.

Every day for the next three weeks, Alexiz slipped into a pair of black yoga pants and jogged over to the Adofo house to help Diane weed through the dozens of boys who had applied to the fake account that Diane had created for her daughter. Though Kodjo did not approve of the frequency with which Alexiz the man-woman was visiting his home, he never said a word. Whatever it was the two of them were working on, it made Diane happier and more focused than she had been in a long time. He’d only wished they would take their business to the study, instead of their bedroom. The thought of Alexiz sitting on his comforter made his skin crawl. Nevertheless, he pointed Alexis in the direction of his bedroom door when she breezed into the foyer and asked where his wife was. He shook his head as she bounded up the stairs.

She found Diane stretched out on the shearling carpet at the foot of the bed. “What do we have today?” Alexiz asked breathlessly. “I hope you didn’t start without me!”

“I had to!” Diane protested. “We’ve hit a snafu with a couple of the guys.”

Over the last few weeks, the two women had kept up conversation with four boys in particular, until one confessed to never wanting to leave his mother’s house, another asked if Dijah would be willing to lend him money, and the other asked if she’d have any objections to eating his ass.

“If anyone is going to have their ass eaten, it’s going to be my daughter, not the other way round,” Diane huffed.

“Is that what you told him?”

“Goodness, no! I just deleted his profile and cut off all conversation.”

Alexis twirled a strand of her blonde hair around her finger pensively. “I guess that leaves the one,” she mused, tapping her French tipped nail on the photo of a handsome Polynesian man.

Diane nodded in agreement. “It’s settled then. Corey Matsumoto it is!”

The Playful ‘Cousin’ I by Guest Contributor ASQ

Sexiest place on the internet is 6!!!

The Resolute Pursuit of Orgasms

First they come for the Lesbians and Gays…

‘Dispatch from Rombesia’ by Guest Contributor Lace and Saffron

4 comments On Koti & Konkonsa: The Beginnings of Diane’s Fuck Ups