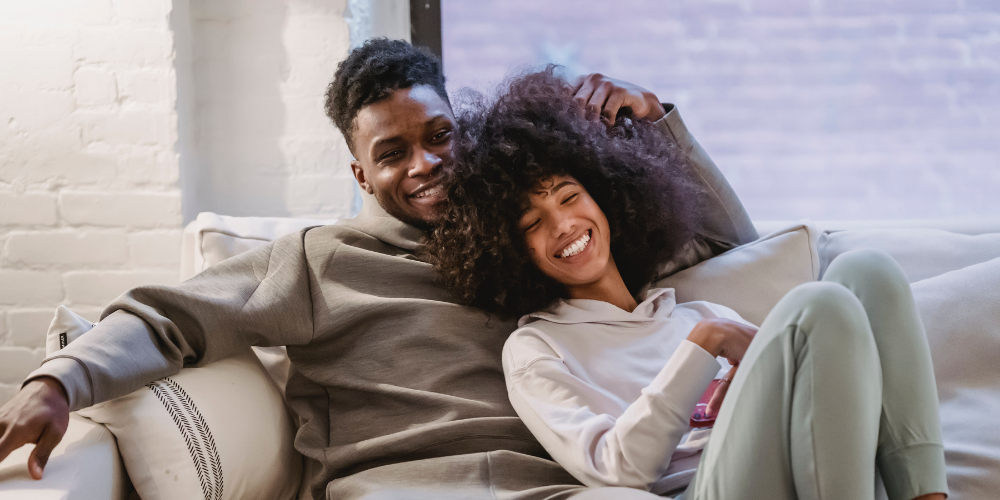 It was awkward at first, a fleeting moment of shyness and uncertainty, not sure who to make the first move. That soon passed and we soon fell into each other’s arms with unbridled passion, months of restraint cast away, our only consuming objective being to satisfy that mutual hunger that had been plaguing us over the past couple of months. It was beautiful, indescribably so, tender, soul shattering lovemaking that reached to the depths of my very being.

We sat on the couch in his sitting room, holding each other. I was half lying, half sitting on his lap. He was so gentle, almost as if he didn’t believe it was real. I myself was amazed that after all these months we were actually going to consummate this relationship. His kisses were exceptionally sweet, and his mouth around my nipples was exquisite. I was already extremely aroused, and I could feel his arousal pressing into my back. I needed to feel him inside me, the need was so great I was almost dizzy. I couldn’t get enough of his mouth. He kissed my lips, my neck, my nipples, my throat, all the way down to my belly button and beyond. I convulsed with the strength of the emotions he was arousing in me. I couldn’t think, wouldn’t have been able to mention my own name at that point. I could only feel; I was slowly losing control, slowly slipping into an abyss of extreme gratification.

But I didn’t want that yet, I wanted to savour him as he was doing me, wanted to taste him, fill my senses with his scent. I struggled to get a grip on my emotions and rouse myself from the almost comatose state. I drew in some puffs of air to clear my head and got off his lap. I pulled him to his feet from the couch (or was it the other way round?) Somehow, we moved from the couch to the bed – I would later wonder why we endured the discomfort of the couch when there was a perfectly comfortable king sized bed right next to us! I gently pushed him onto the bed and straddled him. I almost lost control as I felt his hard manhood graze my inner thigh. I kissed him, deeply, playing with his lips. He sucked my tongue into the depths of his sweet mouth. I licked at his nipples, drawing them slowly into my mouth. The peaks were hard, I twirled my tongue around them, making them even harder. I felt him tremble, I trembled in response.

I trailed my tongue down his body, I was rewarded with soft mewing sounds which seemed to come from deep inside him, I was on fire, just as I imagined he was, but I wasn’t done yet. I needed to taste him, needed to take that perfectly shaped penis into my mouth and feel the energy throb against my lips. I moved my lips down to his inner thigh and kissed the soft flesh. His response was instant and powerful. I was afraid I had lost him, would have been mortified if I had caused him to go over the edge. Fortunately, he managed by some means to hold on. I took him lovingly into my mouth, running my tongue around the tip of his penis, tasting the clear liquid that had seeped out, then drawing him slowly, all of his length into my mouth. Up, down, up, down, in and out, I sucked as if my life depended on it.

I soon felt him tremble again and knew he was on the verge of giving in to the extreme sensations. I stopped, allowing both of us to cool off. He had other ideas, with a quick athletic twist he turned me onto my back and under him. I felt a tremor shoot through me at that show of strength and near domination. By this time I was straining to feel him enter me. I arched my back, raising my pelvis to welcome him, but he clearly wanted to take me on an erotic journey. I could feel his breath in my ear, straining for control, I was almost out of control myself. His mouth on my breasts sent me into spasms of pleasure, he trailed kisses down my body until he got to the core of my being, moist, slick, ready for him. He touched his tongue ever so lightly at the top of my clit. I almost fainted with the intense pleasure that shot up my body. By this time I was writhing in pleasurable pain, calling out to him to relieve me of the torture, grabbing at him and thrusting my body at him, craving release.

He shifted his body over mine and slowly, so slowly, entered me. Holding my body so tight to his, he buried himself inside me. It was indescribable. Finally, finally, I knew him. This beautiful, sensitive loving man. I felt tears squeeze past my tightly shut eyes. It was so beautiful, so incredibly beautiful that I wished we would remain locked together that way. However, he soon started to move inside me, slowly at first, in and out, finding the perfect rhythm. I followed his lead, allowing him to set his own pace, enjoying the feel of his body against mine. Then I felt him increase the rhythm, moving harder and stronger, creating heightened sensations inside my clitoris. I felt his hand move down between our bodies, lightly skimming the edge of my clit, then entering, matching the in and out movement of his penis.

The pressure built up inside me, I was straining against his body, arching upwards to meet the strong thrusts. I felt myself floating in a beautiful cloud of intense feeling, my body felt weightless, my whole being was concentrated on the sensations he was causing with the dual pressures of his penis and finger. I felt my breath catch in my throat, my whole body straining upwards to meet his thrusts, I was caught in an unending dance of sensuality. I felt him shudder and attempt to hold still, but I wasn’t having any more of this torture. With all the strength that was left in me I pushed my body up to meet his, holding onto him for dear life, I felt his body vibrate as the orgasm overtook him. The last coherent thought I had as my whole body went into an unending spasm of release was ‘this is how it is meant to be’.

Suffice it to say, the rest of that afternoon was spent catching up on lost time. I lost count of how many times we made love, I only remember that I have never experienced anything so soul shattering, and will treasure those moments for the rest of my life!

Nana Malone, leading romance writer is coming back to Ghana