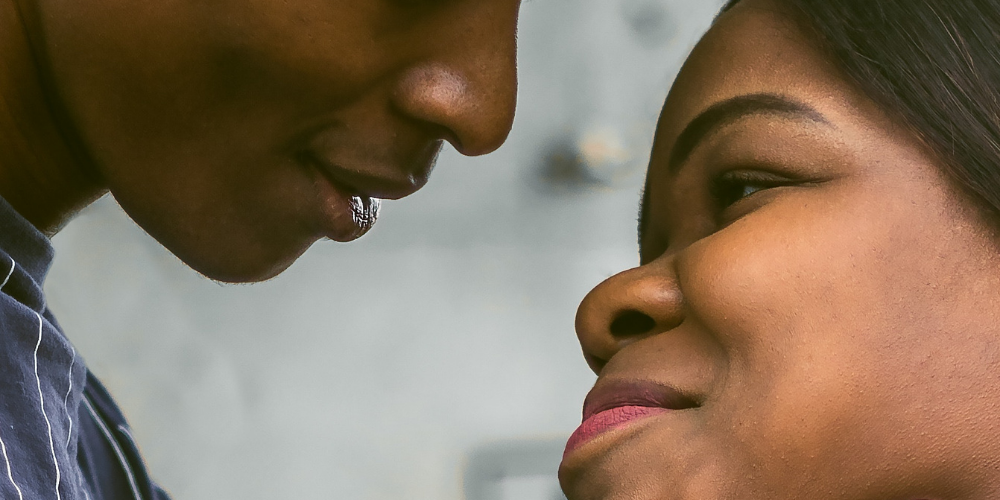 I agreed to meet him that day to say yes. Yes I’ll date him. I was tired of waiting for the right one or liking the ones who never reciprocated. So when we met, at a nearby cafeteria that catered to civil-servants working in the offices around, though there was nothing date-like about the atmosphere I pretended it was a date and that his vague and passive ‘I want to develop a relationship with you’ was the epitome of the words I had hoped for. I said yes. Agreed to have my first real relationship and then followed him up to his office to see where he worked, get a couple of his cards to recommend to some friends- girlfriend things.

As I made to leave the office he asked for a goodbye kiss. Sure, I thought. That’s what people who start a relationship do right? The kiss was deep and it felt good. To be wanted. Gulped up greedily. It didn’t matter that I didn’t love him, and couldn’t say he felt as deeply for me. But from the hands roaming my body and the tongue dancing in my mouth I felt good. I felt it’d all come afterwards. Just take the physical first.

But then he turned me around to sit on the desk. Positioned himself between my legs whispered into my ear I just want to feel you, I’m stiff. This is crazy! I said with a nervous giggle. He knew I’d never gone all the way before. He knew I would not agree to do this here of all places. In a Ministry office. He told me this, even as he unbuckled his belt. And I thought to myself: I don’t want to be a prude. I just agreed to date him. This is what girlfriends do.

Still, I had some reason left and I was not sure I could trust a guy taking off his belt, so I told him, No! Stop! I don’t want you to enter me. But I can please you in a different way. You sit on the table. I kissed him on the lips guide him to sit where I was. Took his already exposed penis in my hand and massaged. I thought, I’ll give him head. It’ll please him and he won’t have to enter me. He’ll be pleased.

Perhaps I didn’t give good head. Lack of experience? Because he didn’t come and I got tired. It didn’t seem like an issue though because he switched places, put me up on the table and went down on me. I thought it was just generous reciprocating till I felt his penis between my legs. Alert now, I pushed against his chest. We should stop now! I said. I don’t want to do this, not here. Don’t worry, he said. I’m not going to enter you. Trust me. I just need to feel your wetness to get off. I really need to get off. Just me. I won’t enter you.

He placed himself against my clitoris and pushed his penis against it continuously. There must have been no wetness to feel because I had dried up in fear. He spat down there and continued pushing against my clitoris till I winced. He must not have noticed or he may have intentionally ignored it. Maybe when I closed my eyes to silently pray that he wouldn’t mistakenly enter me, he thought I closed my eyes in pleasure? I don’t know.

He climaxed after few minutes of this. And then he guided himself out of me just in time so that he ejaculated into his hands a bit, his semen staining the hem of my skirt.

I got off the table as soon as he went numb. He kissed my forehead. Like I’d been a good girl. I didn’t feel like a good girl. I left the office a few minutes later. He had to continue with work so I saw myself out using the 6 flights of stairs. Thinking all the way. I need an HIV test. He didn’t enter me but still… I also thought of a friend’s article about consensual sex. Was this consensual? Was this even sex? What was this? Maybe he did just have to get off, but did he think about me? About if I could ever get off in such an environment, under such circumstances, especially considering that it was my first time? And was that what girlfriends did?

Two weeks later I received negative HIV test results. I’m currently on my period so I’m clear there as well. I still shake my head when I think about it. The guy still thinks we are dating though and I have made no effort to see him since then. He has also done nothing other than to send me text messages like “How are you today?” This guy doesn’t feel he did anything wrong. I haven’t even been able to discuss my discomfort with him. And that is how I knew he and I couldn’t possibly have a relationship. I thrive on being able to express myself. He is not going to understand this. According to him he didn’t penetrate me so it’s fine. And it ought to be fine with me as well, but for the selfishness and soullessness of it all. Or if I didn’t attach emotion to sex and seem to expect more than there is to relationships.

So what was my motivation for saying yes? The guys who I got tired of waiting on? One just told me he’s getting married and the other is currently playing virtual scrabble with me.

I am now looking for slimming teas to lose weight. Why? How does that relate to this? Simply because it must be low self-esteem from being a plus size woman that would have me even considering being with a guy I really wasn’t crazy about “just to try it”.

Guest Post from Spiritual: Letter to My Unborn Son

‘The Complications of Being A Shrewd Virgin’ by Guest Contributor Eleanor T.K

‘The Mouth is For Eating’ by Guest Contributor Okwevulgar