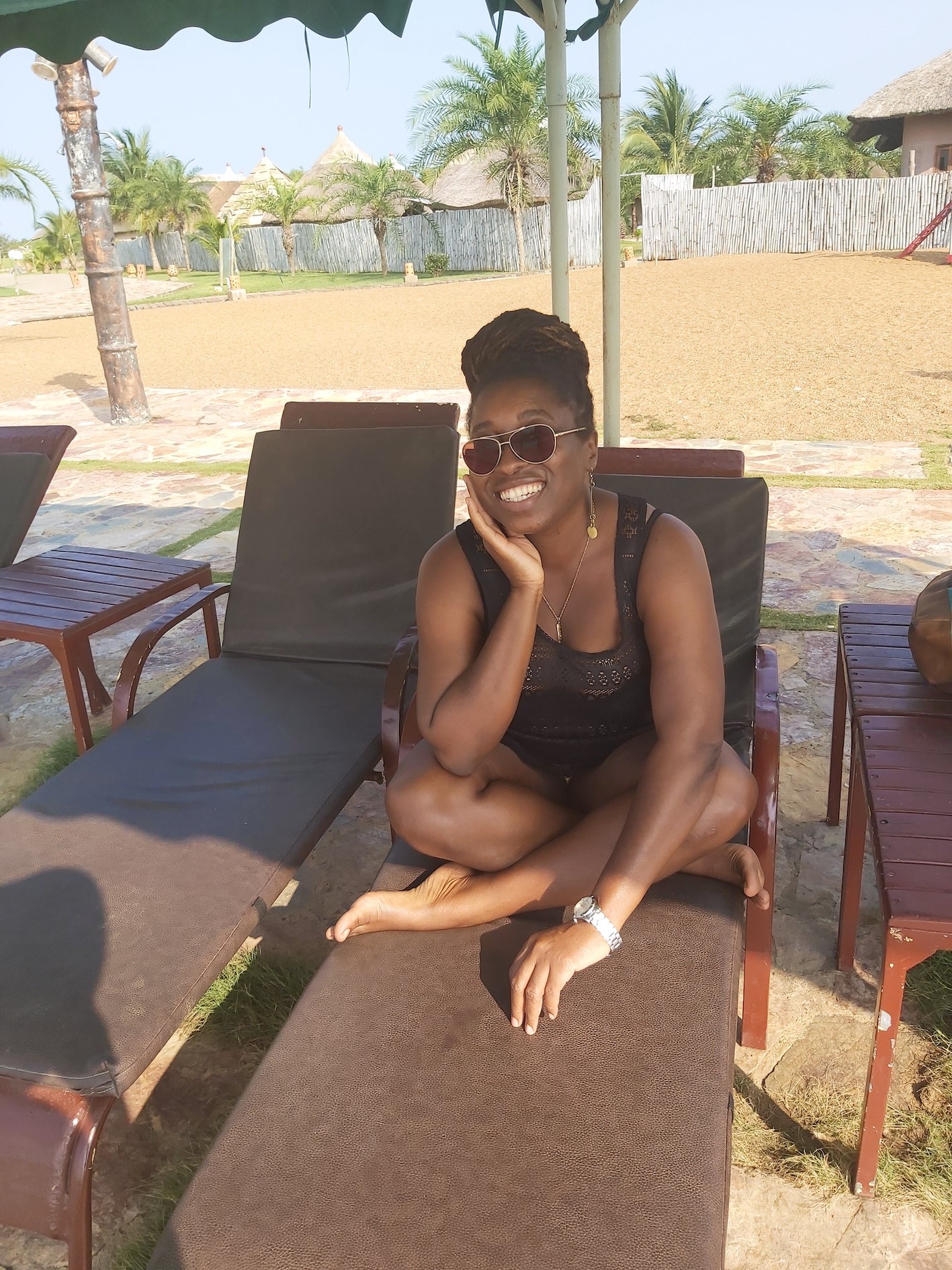 Nana at the beach

Recently I was scrolling down my timeline when I came across this story published by Ami Shikah. The title, ‘An interview with a Ghanaian bull’ caught my attention. Before reading the story I don’t think I even knew what a bull was. I was familiar with cuckolds. I see the category often when I’m browsing porn sites but I wasn’t aware that the man sleeping with the other man’s wife was called a bull. ‘Interestiiiinnnnnng’ I thought as I read the post. The Bull went on to share details of the site where he tended to meet couples, and I instantly thought, ‘a dating site that I haven’t heard of? Let me sign up and check it out.’

I was slightly taken aback. I hadn’t quite expected that all my fantasies and desires would literally be overlaid on my image. I had imagined that instead the algorithm would miraculously match people who had common interests, but oh well…I decided to woman up and own my desires with my chest so I kept my profile up and started scrolling. Left, left, left, left, left, left…oh, here’s a cute looking guy, scroll right. A dialogue box popped up. ‘Wow, it’s a match’. A short while later I got a ‘heyyyyy’. It was E. We chatted a bit via the app and he asked if he could have my Whatsapp number. I sent it to him, and we took our conversation to Whatsapp. I went back to Locanto to remind myself of what his hashtags said and discovered that he had deleted his profile. A warning bell went off in my head.

“Why did you delete your profile from Locanto?”

“I wanted to meet someone and I just did so there’s no point keeping it.”

We chatted intermittently that day, and spoke over the phone in the evening. I asked him for his name and social media handles. He told me that he rarely posts on social media but shared his IG and Twitter. He didn’t have a single image on IG but follows about 400 people. On Twitter he had occasionally RT’d something about football. I suggested we meet in person soon. I told him I didn’t want us to spend a lot of time chatting and find out that we had no chemistry between us in person. We met for lunch on a Monday. My first impressions were mainly positive. He’s tall, looks fit, attractive and dresses well. Our conversation did not exactly flow, but it wasn’t stilted either. He brought up the subject of sex. He told me his friends had advised him to come with some condoms just in case we hooked up on our first date. It was a clear test to check my boundaries. I told him that I was fine with having sex but we’d both need to get tested first.

“I normally just use condoms”

“Condoms don’t protect you against everything.”

And then he hesitated.

“Just so long as it’s not too expensive”

He agreed, picked up the tab, and suggested that I cancel my uber so he could drop me off when his bolt arrived.

Could Your Thoughts Be Blocking the Best Orgasm of Your Life?

To children or not to children

Anatomy of a Break-up

12 comments On My Accra dating struggle