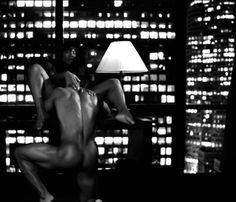 So you know how you’re told never to mix business with pleasure? Especially when the business/deal at hand could make or break your job? I was a firm believer of it until he – let’s call him Bo – came along.

In my line of work, confidentiality is key. And so the rule of no business with pleasure was one thing my company never played around with. But Bo. Oh Bo, Bo, Bo. He had a mind which was as sharp as it was witty and humorous, a stare that could undress your very soul if such a thing was possible, and a body that could have easily earned him the name Adonis. He was sweet poison, but this slow death was one that I revelled in every time we got together.

Our first meeting was brief and uneventful; introductions all around and what our companies had in store for each other. I must confess it was all quite sexy albeit also intimidating; this was a man who knew his power and how to use it. If anyone had said he had any interest besides business I’d have shut it down flat. I found him intensely attractive, but I knew better per the rules at hand.

Two weeks before our next scheduled meeting to outline strategies, he called. His plan was to meet for lunch, break the ice and formalities so that the next session will be less “intimidating” for me. I was elated but didn’t even understand where all the excitement was coming from.

Lunch day arrives. Instead of the restaurant we’d both agreed on, he sent me a text with a different location while I was en route with the sincerest of apologies. The Place Hotel was the new meeting point. He had had another meeting at its restaurant and thought it’d be a better option.

Sure. See you soon, I replied.

I arrived at the lobby and called him. My expectation of getting directions to where he was seated in the restaurant was changed as he asked me to come up. Room 243. Ok. Every nerve in my body had begun tingling at this point but I still found myself moving towards the elevator and then moving on to find the room. As though on cue he opened the door just as I was about to knock. Stark white shirt, tucked into light blue chinos, with three buttons opened at the neck and a perfect fragrance which had all the right notes welcomed me; woody, amber, sexy and seductive.

He ushered me in with a wave of his hand and asked me to drop my files and bag on the table right behind the door. Next he asked me to take off my shoes and strode ahead of me. I noticed he had taken his off as well and was only in socks as if he was home. This man must do this often, I thought.

We sat across from each other and spoke as though we’d been the best of friends prior to the meeting. He’s good at this, I thought. I found myself much more relaxed and comfortable in his presence. More times than I could count, our eyes locked and that awkward, sexual tension-filled silence followed. During such moments the room suddenly felt too small and heated up.  We barely knew each other but it felt like we already knew more than enough.

He stood abruptly and held out his hand towards me. I took it and stood as well, close enough to feel his breath across my cheek. After what seemed like forever and an inward battle for both of us, he took my hand and began walking towards the door. Things have ended even before they could begin, I thought to myself. I let go of his hand, put on my shoes quickly and grabbed my bag. I did all this without glancing his way just so he wouldn’t see how embarrassed I felt or possibly read my thoughts just by looking into my eyes. As I was walking out he placed a hand on the door; an attempt to block me. He wanted to remind me that we still had to meet during the week and assured me that it’ll be in his office. I wish it didn’t have to be in your office, I thought. No. I want to come back here, take off my shoes and everything else that could be taken off, bend me over and fuck all this pent up tension out of me! But I only smiled, responded in the affirmative and left.

That day came, and along with it the least of what I expected would happen..

Ladies, Here Is How You Can Unlock Your Sexual Pleasures To The Maximum

Things I Didn’t Tell My Mother by Jo Nketiah

2 comments On MY “CHAIRMAN”