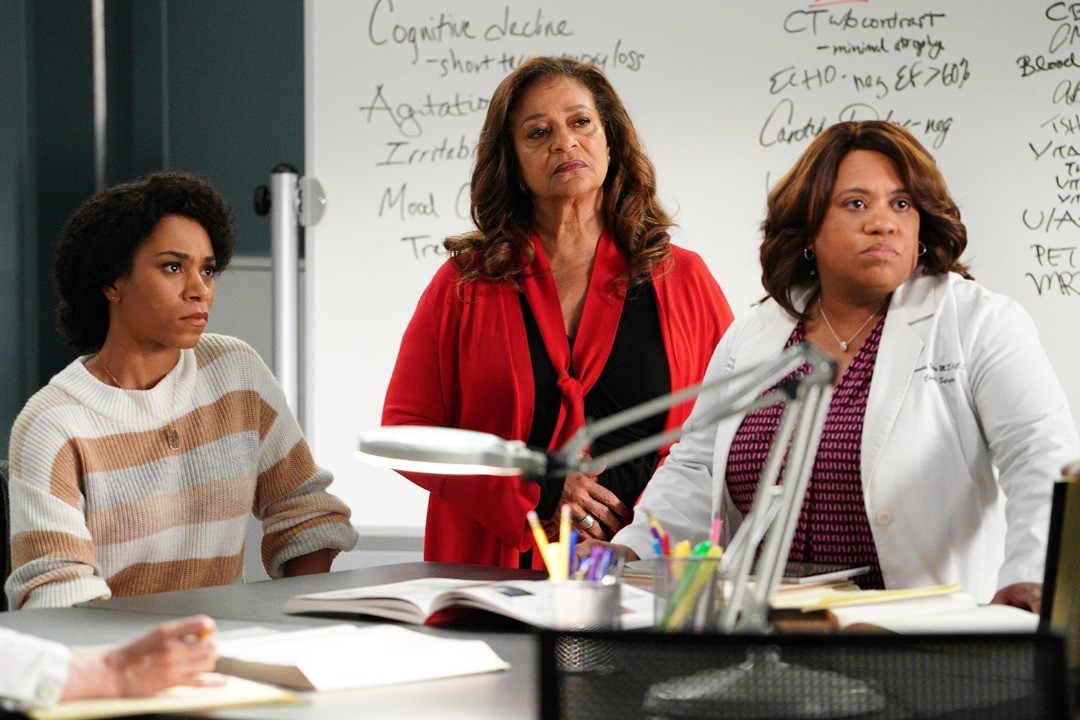 Everyone talks about Grey’s Anatomy as the series that goes on and on. Season 18 and still running. I get it. To most people, it’s an unending medical series. To me, it’s about women being bosses, oh yeah and being doctors too. There are many stories within Grey’s about juggling a demanding career and personal relationships, being black, coming from privileged backgrounds – a lot. I mean, it’s 18 seasons, there’s almost no contemporary topic that hasn’t come up through patients or the doctor’s personal lives. This piece though, is about how Grey’s Anatomy talks about women. By season 12, women are leading all the divisions within the surgical unit and the Chief of Surgery is a woman. So yeah, there is a lot to talk about!

Let’s start with Meredith Grey and Christina Yang. Their faces pop up on any random Google search about Grey’s Anatomy and they get credit for coining the term, ‘my person’. My person is sort of a secular version of ‘Soul mate’. It signifies platonic love and that is what these women share. They start off as interns at Seattle Grace Hospital going through the everyday struggle of rotations and trying to impress their bosses. They get pretty close. In fact the first time ‘my person’ is uttered, Yang tells Meredith that she put her name down as an emergency contact for an abortion she had scheduled. Meredith just gets it, no questions asked. They show up for each other in their toughest moments through bomb blasts, drowning, miscarriages, crashing marriages, shootings, a plane crash and every other trauma Grey’s Anatomy has put all of us through.

What makes their friendship exceptional is that they are well-rounded characters who don’t play into the expectations of what female friendship should look like. They prioritize female friendship; major life decisions are almost validated by the other person’s approval; they are competitive with each other on a professional level and push each other to be better. This kind of representation is rare on TV.

Speaking of representation that is rare, enter Christina Yang! …again. Binge watching a TV series over and over means you have different favorite characters each time you watch, right? (who uses bloody surgeries and long worrisome medical term-filled series as a comfort movie?) Yang remains constant. She is created differently. Her character rejects every definition of what a woman should be by just being herself.

So, what is so fascinating about Christina Yang? Her lifestyle is a vision board to living freely, making decisions that are most liberating and exciting to you personally without worrying about how people will react. She starts off as a young, thirsty, super competitive surgical intern who strives for nothing short of excellence. She is unapologetic about this (dishing iconic lines all the way). She doesn’t care about being liked, would not be caught feigning politeness, friendliness or social niceties. Like I said, her character rejects the definitions of what a woman has to be.

There is a scene where Yang is shown struggling to remove the white wedding gown she is wearing. I like to think that represents how much social norms, traditions choke her. Yang doesn’t want to have children (surprise, surprise) yet somehow, she is married to Owen, who really wants kids and hopes not wanting children is something Yang will ‘grow out of’. At some point, she gets pregnant and exercises her right to choose and it lands the couple in therapy.

During one of the sessions, this conversation ensues:

Yang: There is no deeper reason.

Owen: There has to be

Yang: There is no deeper reason.  I wasn’t abused, I don’t have a dark secret, I wasn’t mugged by a baby. I just don’t want kids

Owen: It is not a thing

One of the biggest fights between Meredith and Yang was also the most interesting/authentic one. Meredith and Christina were fighting with each other about the choices they’ve made professionally and personally: to have or not have children, to marry or not to stay married, to stay maniacally, single-mindedly devoted to surgery or to expand their commitments to include things other than professional achievement. Meredith picked motherhood over surgery while Yang is married to it. Christina insists that both are valid choices but that also means that Christina’s surgical skills have improved and developed in ways Meredith’s haven’t. Meredith was obviously a brilliant surgeon and a mother who wanted to be present. And she is both, except that she could not give a hundred the same way Christina did. I think that Grey’s message there is that you can truly have it all but not all at the same time. We all get it. Women come in many forms, want different things, and they are all valid.

Speaking of different women and their valid stories, Grey’s has all kinds of female leaders. There is Ellis Grey – Meredith Grey’s Mom – who won several awards for surgical innovation, and barely had any time or love to spare for her husband and kid. And then there is Meredith who wants to be everything her mother was career-wise and everything her mom wasn’t as a mom.

Enter Miranda Bailey, (head of general surgery) who wears a grumpy mask and dishes out tough love to earn the respect of the interns and co-workers. She maintains a professional relationship with her male peers without being treated as inferior. It takes just one look at her face to know she is a no-nonsense person. On the other hand, there is Arizona Robbins (head of pediatric surgery) who wears a pink scrub cap, has skates on her shoes, talks sweetly and always has a smile on her face. Yet, she is an assertive, successful and respected Pediatric surgeon. Répéter!… There is no template of what a woman in position should be. It is enough for them to just be who they are.

You can’t pray away the gay! – Callie Torres is an Ortho goddess. Oh well, Ortho surgeon (same difference). She marries a guy at the beginning of the series, it ends in a divorce and then she falls in love with a woman – Arizona. Pink skates and scrub cap? Yeah her. Callie’s millionaire Catholic dad flies a priest all the way from their home, (wherever that is), and attempts to pray about it. It ends in this iconic scene where she says she believes Jesus preaches love and acceptance and you simply can’t pray away the gay. The gay characters in Grey’s grab every opportunity to assert/flaunt their gayness. There is a scene where Arizona says she is the gayest of gays and Callie in another says that the B in LGBT kind of means badass as well as bisexual. Flaunting it, owning it, normalizing it, as it should be.

There is also an interesting way that women are represented in media that Grey’s Anatomy tackles, particularly in a scene that starts within George’s imagination (a fellow intern). He is imagining watching three of his colleagues; Meredith, Yang and Izzy in the shower. It suggests women being seen as objects of a man’s fantasy. Later in the episode, there is a bomb explosion which knocks Meredith unconscious. The episode ends with all three women being in the same shower, fully clothed, as Yang and Izzy take care of Meredith. That’s right, the representation of women on TV should not be targeted towards fulfilling men’s fantasies, but rather reflecting their lives as human beings who have life struggles and support one another.

It’s one thing to tell stories about women, it is another to present these women’s issues with the most emotionally charged delivery. One of the best portrayals of this is a rape case that sends a strong message to the world about how rape cases should be handled. The episode pushed many boundaries, from delving into the emotional trauma of rape from a female perspective to showing a rape kit being administered in the hospital.

In that scene, the doctors try to persuade Abby (the rape survivor) to let them administer the rape kit; she is hesitant. She just wants her injuries treated so that she can pretend it never happened. She delivers this monologue asking them what difference the rape kit would make. My YouTube search history can testify that I have watched this a little way too much;

‘’who would believe a woman who wore a skirt a few inches too short and had a few cocktails too many at a bar last night after having a fight about laundry with her husband… and you know the tequila I drank will make it my fault and the person who did this to me, whatever he drank, that will be his excuse… is your kit going to convince them I wasn’t flirting at the bar?’’.

Because of Abby’s physical and emotional trauma, and in an effort to make her feel safe, her doctors, Jo and Teddy, wheeled Abby on a gurney down a hallway, which was filled on both sides by female hospital employees. This gives Abby (the rape survivor) the strength to move past the image of her attacker and on to the surgery she needs. I learnt that a lot of crew members of Grey’s anatomy wanted to be in that scene badly, I’d want in too.

After that powerful, heavy episode and the encouragement from the show to viewers to reach out for help if they were personally affected by sexual violence, researchers analyzed Google and Twitter trends for two weeks before and one week after the episode aired. According to Reuters Health, conversations about sexual violence on social media drastically increased after the episode aired. Oh, the power of storytelling.

With Grey’s, there are many great stories no doubt, interesting portrayal of real-life experiences and brave conversations about hot button topics. It is truly fulfilling to watch a show in real time, following character development that shows the kind of world women live in and all the possibilities of what it can be.

Cheers to Grey’s Anatomy, its women and the many many seasons!

*** If you haven’t read it yet, check out my review of The Bold Type.

The Elephant in the Room (A Coming Out Story)