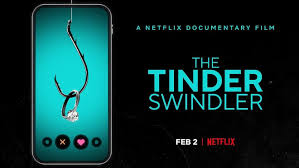 When I met CHF in 2003, I was two years into my vow of celibacy, one year into an intense fitness regime that saw me shrink from a pudgy US size 18 into a svelte 14, and employed – finally – in a position with pay commiserate to my skill set. I was happy and thriving and single; and while I was not looking for love or a relationship I made my request known to the Universe: In my next relationship I wanted the man to be tall, bald, sable-skinned and able to play the drums. (You can thank my celebrity crush on QuestLove for the randomness of the last requirement.) Men like this weren’t in ready abundance in Atlanta – and in my circles were mostly pretty and Digestive biscuit brown – so when my sister introduced her neighbor – CHF – to me after bumping into him in the bread aisle in Kroger, my breath was immediately taken away. Here in all his dark and bald glory, stood the physical manifestation of my prayer to God. Did he play the drums too? There was no way to determine that between the racks of honey wheat and house-brand white bread, but if luck was on my side I’d have the opportunity to find out.

We chanced upon each other about a week later in the parking lot of his and my sister’s apartment complex. He asked if I wanted to join him for dinner and a movie the next day. Sure, I said. My eagerness must’ve been apparent.

“How old are you?” he asked, leaning into the passenger window of his green two-door.
“Twenty-five,” I replied. I was immediately suspicious. “How old are you?”
“Thirty,” he said convincingly and to my relief. He was older than most men I’d dated previously or would’ve considered dating, but a five year gap fit well within the standards of what might have been predatory or gross either wise.

I showed up to his house the following evening as planned. We were supposed to car pool and see whatever was popular and out in theaters. He was still dressed in pajama shorts and a tee shirt when I arrived. Did I mind if we just had dinner at his house, he wanted to know. Not wanting to be a “bad first date” I told him it was fine. Through a series of bizarre and sad events, my two year stretch of celibacy ended that evening.

Like Cecilie in the Netflix documentary Tinder Swindler, I too was swept up by the personality of a manipulative egomaniac, similarly acquiescing to sex on the first date. I noticed other similarities in the approach Cecilie’s swindler (manifesting in the personhood of Simon Leviev, masqueraded as a the son of a billionaire and heir to a diamond dynasty) and mine in that they both created fictitious personas that they knew would appeal to women. CHF told me that he was the supervisor on the factory floor of a manufacturing plant and that he was the father of a son whom he had joint custody with, but whose “momma was a bitter bitch who kept his son away from him”. Happily, he would be seeing his son in two weeks though. A few weeks into our situationship consisting of casual sex and drive through meals that I always provided, he asked me to pay his first bill. He had been wrongfully terminated by his job, through no fault of his own. Being a fierce believer in workers’ rights and justice, I lent him the money, believing his promises that he would pay me back. He continued to borrow money from me – sometimes paying, often not – all while keeping me both at arms length and assuring that I was desired.

“You a good woman with real good pussy.” He’d say things like to me all the time. Crude things that no man had ever said to me before. I was both excited and disgusted in equal measure.

In time, his lies began to unravel. I discovered that he was 35, not 30 as he’d intimated before and therefore 10 years my senior. He did not have any custody rights to the boy who was his mirror image. (Later, he would deny ever fathering the boy he claimed to love at all.) And those “management positions” he held were temp roles that either expired or he would lose due to poor conduct. None of this mattered for the year that I tolerated his bullshit and entitled attitude of access to my body and money. He already had a believable excuse and would repay just enough of his debts to maintain the patina of trustworthiness.

So much other stuff happened in the months that ensued. Crazy stuff. Stuff I wish I could forget forever.

Not long after our break up, still nursing the wounds from the last months of my life, I was watching a morning talk show and saw a segment about a website built by women who wanted to empower women to make better informed dating choices. (This was before Google told you everything about a person, including what they had for breakfast.) You could see if a man in your region was bad news, avoid him, or at least proceed with caution. Sort like an Angie’s List for romantic partnerships. Out of curiosity, I wanted to see if his name appeared in any searches in Atlanta. To my shock, 10-12 other women had similar stories and situations to mine.

“He uses women to pay his rent and bills.”
“Don’t ever loan CHF money. You will never see it back.”
“He’s so fucking manipulative. Nothing is ever his fault. But he’s so fucking charming and that’s how he gets you…”

I could NOT believe it…But it felt to have found a cadre of women who had been swindled in similar fashion by the same person. I added my experience to the cannon in hopes that it would spare someone else the trauma and financial loss. However just like the Tinder Swindler, CHF continues to thrive, surviving on what remains of his good looks and peddling the narrative of the Wronged Black Man to any woman with a soft spot in her heart for this particular kind of victim.

It took great courage for Cecilie, Pernilla and Ayleen to come forward with their story. I have great respect and compassion for them, as the documentary reignited many hurts I thought I had long since resolved. I know that people look at the women in Tinder Swindler – and women like me – with judgement, scorn and a ready side-eye, but I think what is being grossly overlooked is that while a swindler might not take you for $250,000, their ultimate aim is to get something…anything that you can be taken for. We see this in churches when offerings are being raised as congregations are admonished to have “great faith” in their giving, preachers always pushing the envelope. We see it in Ponzi schemes like Mezgold in Ghana. During the telemarketing era, the elderly were particularly vulnerable to fraudulent schemes cooked up to either extract cash or personal information that would lead to financial ruin. And yes, every day, women put their trust in men who offer and promise companionship and love. Wanting a human connection is normal and noble. It is not normal to anticipate evil and malice from everyone you encounter, especially from someone with whom you’ve trusted with your body and heart in good faith. But that seems to be the expectation and demand of anyone who places judgement on the victim(s): That we must all be faithless. That one’s safety can only be guaranteed by seeing the world and operating in it with cynicism. That’s simply not fair.

It’s been 19 years since my first encounter with CHF and I’m still dealing with the repercussions of being duped by him. I am still working on forgiving myself for allowing myself to be conned. I’m nearly there. I hope that if you have found yourself the victim of a swindle – or suspect that you are in the midst of one – that you will forgive yourself too. These people are practiced and while it might seem like it’s personal, it’s really not. They are a virus, looking for the next host to exploit. I survived, and you will too.

Your anger is valid, even if you have PCOS

To Queer African Women For Whom Love is Illegal

Love and the successful African woman

Happy Valentine’s Day: Love and Lust wins in our books