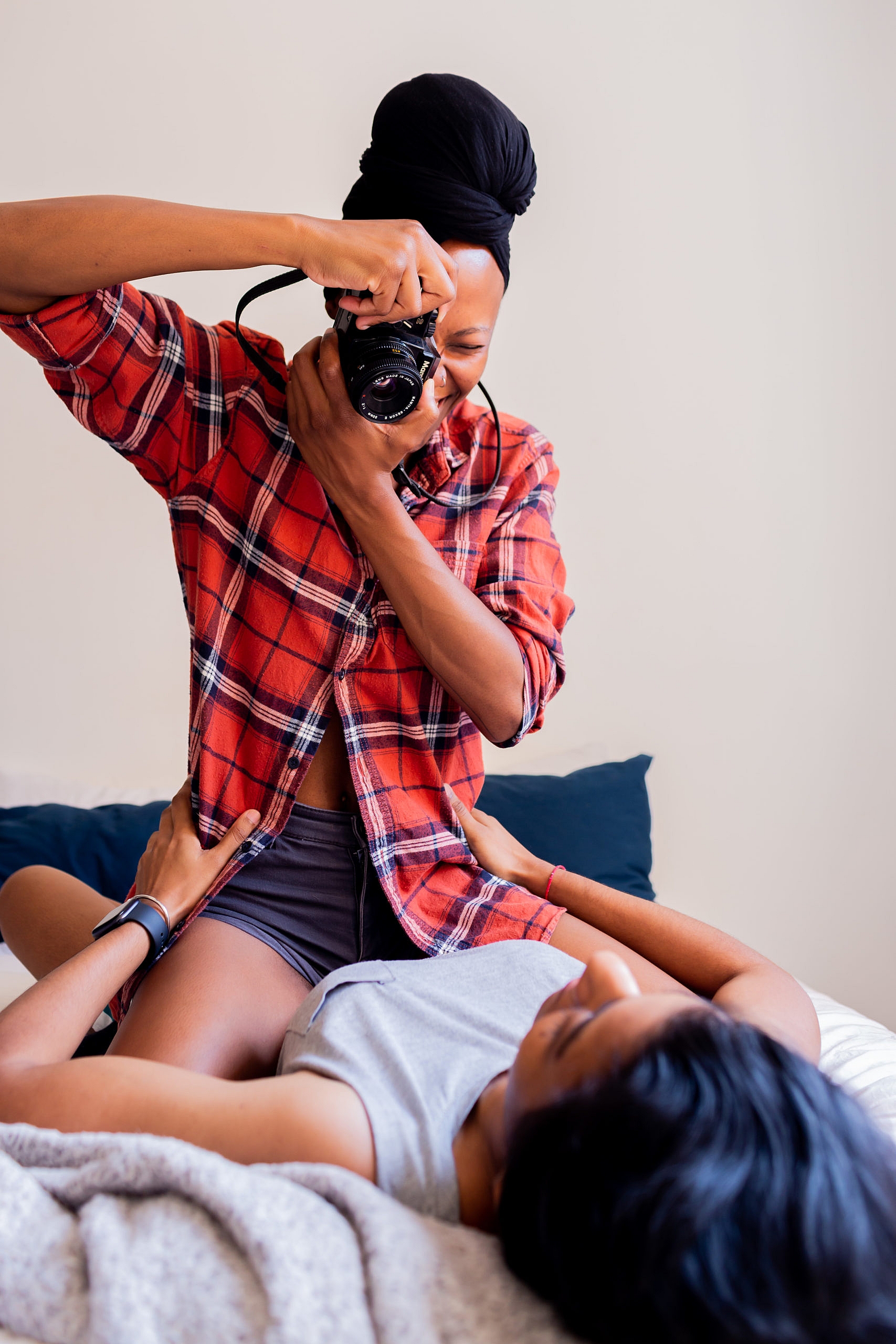 “It’s Friday and I have nowhere to be. Want to go out for a drink?”

No. I’d rather listen to you read me the Songs of Solomon.

I looked at him and my eyes immediately dropped to his lips. I couldn’t think of any way to describe his mouth but quirky. With effort, I dragged my eyes back up.

“Come on. Consider it an apology for the constant rescheduling.”

I gave an exaggerated sigh as if going with him was an act of martyrdom. I had no reason to not go, except my stuck-up code of conduct that said I couldn’t mix business with pleasure.

He took a step towards me, and then another. He was in my personal space. I dragged in a breath.

“I can’t tell you how glad I am that we met again. Running the risk of sounding cliché, I couldn’t stop thinking about you. And do you know, you have gorgeous eyes.”

One minute, I’d been ignoring him and now somehow, his thumb was on my cheek and my eyes were closed again, listening to him speak. I really did have to curb that little habit around him.

“And yet, you close them whenever I’m speaking to you. I have no idea why.”

“I told you, so I can hear you better.” My eyes were still closed and his thumb was still caressing my cheek. My backpack with my laptop and the other papers I needed was still hanging off one shoulder but at that moment, I couldn’t feel the weight of it.

All my feeling, my concentration, was centred on those little jolts of electricity that were travelling from his thumb to my cheek.

“I wonder why.” His thumb moved to caress my lower lip. I opened my eyes and found he was looking at me intensely.

“Can I kiss you?” he said suddenly. Yes, but speak some more. I’d never had a man ask my consent before he kissed me. I liked it. I closed my eyes, took a deep breath and without allowing my brain to talk me out of it, I brought my palm to his jaw, lifted myself slightly onto my toes and kissed him.

I nearly sighed. His lips were so soft and compliant under mine. He didn’t take control of the kiss. He let me lead, allowing me to control the pace of the kiss. I let the backpack drop to the floor and I lifted my other hand to his shirt front. I bit his lower lip and when he gasped, I assaulted his mouth with my tongue. I kissed him hard and he kissed me back. He pulled me closer, one arm around my waist, the other on my lower back and then bent me backwards ever so slightly.

He raised his head and looked into my eyes for a beat. He kissed me again, sucking my lower lip into his mouth and making me wish his lips were paying attention to other parts of my anatomy in the same way.

I dragged my lips from his and kissed his jaw, his chin, his neck. I loved how his skin tasted, how it felt beneath my lips. I sucked on the corner where his shoulder met his neck. I hadn’t touched or been touched by anyone in months and I was hungry.

He pushed me against the nearest wall and then before I could register what was going on, he was unbuttoning my blouse. I wanted to stop him, I wanted him to go on. I couldn’t decide what to do but then my nipple was in his mouth and he was biting me and I didn’t have to. I arched my back and moaned, my fingers holding on to his head.

One hand went up my skirt and I knew he was going to find me drenched. He passed a finger over the crotch of my panties and I shuddered. I wanted him. Bad. But not here, not now. And so, before I totally lost it, I pulled his head up and in between kisses, I said,

“Not here. Not now. Not like this.” If he heard me, he showed no sign of it. He moved my panties to one side and then his finger entered me without warning. My moan would have been loud had his mouth not been on mine.

He moved his lips to my jaw, bit my earlobe and whispered, “I know. But first, come all over my hand.”

He pushed two fingers into me, and then he began to fuck me with them in earnest. I gritted my teeth against the moans that were trying to escape. My assistant had very good hearing.

He put his thumb over my clit and whenever his fingers moved in me, it moved over my clit. I was so close to coming. I threw my head back.

His face was in my neck, sucking and licking. I needed to hear him speak.

And just like that, I was flooding his hand with my juices. It took everything in me not to moan as wantonly as I would have liked. He held me in place with one hand so that I didn’t fall and his other hand assaulted me most exquisitely as I came.

My pussy walls squeezed and relaxed around his fingers. I was shaking, my body refusing to obey my command that it keeps still. I really wanted to be quiet but then he flicked my clit casually in the midst of my orgasm and I screamed without even realising I had. I didn’t care that Sarah would hear me.

I slumped but his hand was around me, holding me steady. “You’re beautiful when you come. I want to see you make that face again, but in bed, wearing nothing but skin.”

He withdrew his fingers and looking straight into my eyes, he licked them off one by one. It was dirty, it was hot, it was downright sensual, the way he licked his fingers. I couldn’t take my eyes off the movement of his lips.

He righted my clothing and then kissed me, the taste of myself still lingering on his lips. I closed my eyes and let my body sink into his. This was the beginning of auditory nirvana for me.

Guest Contributor Ms X on that time of the month