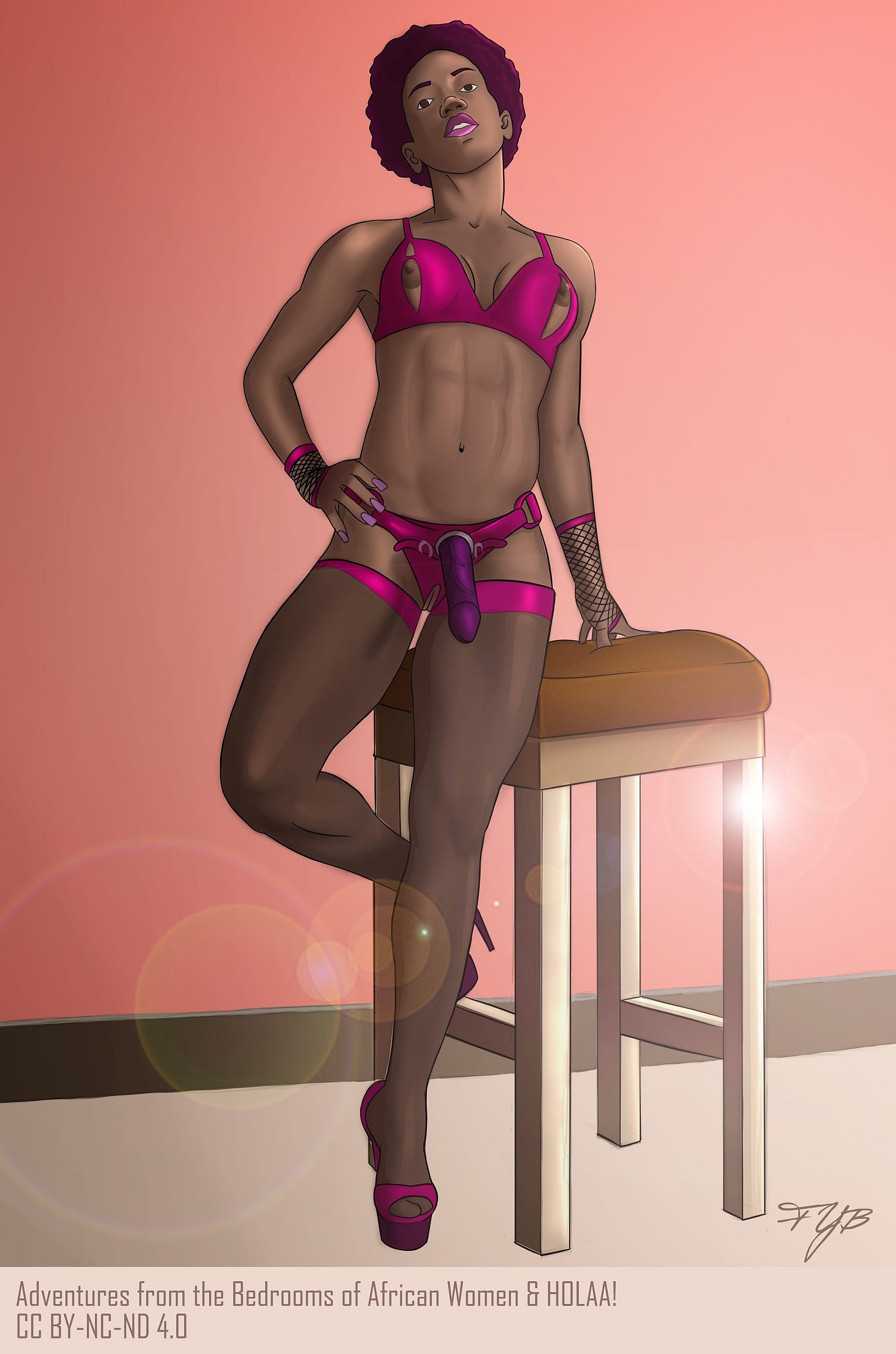 The rest of the week went by without her coming on to me or anything. I didn’t avoid her but I also didn’t try to get close to her or anything. It was Friday and we had a meeting. I hated those things because I never paid attention and never contributed jack. I went because I was supposed to.

I sat down and then took out my notepad, ready to doodle my way through the meeting. The table was long and narrow and sometimes, I imagined that legs went up trousers in a bid to get promotions, like in the movies. She was sitting next to me; I don’t know how that came to be.

I ignored her as usual and was concentrating on making a pattern with circles. I didn’t care for the figures Sampson was rattling at the head of the table. I felt her hand on my thigh. I froze, the pen poised a millimetre above the paper. I wanted to turn and ask her what she was doing but she didn’t do anything more. I shrugged and went back to what was now beginning to look like a misshapen dog.

I tried to act like I didn’t care that her hand was on my thigh but I was acutely aware of it. Just when I was getting used to the little shockwaves that were emanating from her palm, her fingers began to stroke my thigh, gently, almost nonchalantly. One would think it was absent-minded. Her nails were long and beautiful, totally natural and she scraped my thigh through my trouser leg.

I thought perhaps if I acted unaffected, she would stop. I tried to but her touch was quickening my pulse and hardening my nipples.

I turned to look at her but she was entirely focused on Sampson and his analysis of God knows what. Her fingers crept slowly toward my crotch. So slowly it was torture. My breath hitched and I stopped doodling, I wanted her to stop, I wanted her to continue.

Her index finger grazed my crotch and I had to bite my tongue to keep from moaning. She did it again and I realised that if she didn’t stop, I was going to moan. I put my hand on hers and stopped its movement. I looked at her and she wasn’t even looking my way. She turned my hand palm up and her thumb stroked my palm.

I wanted her. Damn it, I was done resisting this. She was asking for it, with her little touches and caresses. I tried my damnedest not to concentrate on what her touch was doing to me. Soon, the meeting was over. I did not stand up with the others and neither did she. It wasn’t uncommon to have staff members wait behind after meetings and so no one gave us a second glance.

As soon as the door closed behind the last person, I turned to her and before she could say a word, I held her neck and lowered my lips to hers. Oh heaven! Her mouth was made for kissing, and kiss it I did. There was a ragged moan and I don’t know whether it came from her or me but I didn’t care.

Our tongues played with each other and our hands roamed each other’s bodies. I wanted her, hard and fast. I wanted her slow and gentle and languorous. I wanted her, period. Not like this. Not here. Anyone could walk in any minute. Besides, I wanted to do things to her that would make her incapable of movement and we’d have to go home.

With a lot of effort, I dragged myself away and looked into her eyes. She looked back and then touched my cheek, as she seemed to like doing.

“Not quite there yet, but I can work with that.” She kissed me softly and then stood up, holding out her hand to me. She pulled me close and then bent her head, but not to kiss me. She brought her lips to my ear and whispered, nipping my ear in between words, “My place. You don’t have to go home tonight. Or tomorrow. I’ll meet you downstairs in ten.” Her lowered voice was turning me on and to make it worse, she dipped her tongue in my ear and swirled it.  It took a lot of effort not to moan but I couldn’t stop the shiver that went through my body.

She kissed me again and then she was gone. I sat down the minute she left. My knees were weak, so damn weak. I was going to do this. I really was going to. I realised that I should have felt scared but I did not.

I met her downstairs and we caught a cab. She lived on the other side of town. Traffic was light and so we were there in about half an hour. The cab ride was quiet and we refrained from touching each other. I wanted to swing by my house to get at least a change of clothes but I didn’t think she’d let me.

She let herself in and then held the door open for me. I don’t know what I was expecting but I know this wasn’t it. Her apartment was artfully and tastefully furnished. It was an organised mess. The colours didn’t match but they went together and the throw pillows were thrown carelessly around at first glance but when one looked again, they actually weren’t. The room was affectedly nonchalant.

I didn’t know what to do with myself but I knew if that plush rug was mine, I wouldn’t step on it in these heels. I toed them off at the door and then turned to say something. I forgot what I was going to say because she stalked towards me and then pinned me against the wall.

She kissed me with a ferocity that had me thanking God that my heels were off or I would have crumbled. We bit, we sucked, we licked at each other’s lips and mouths and soon a moan tore itself from my throat. She kissed my neck and bit it, sucking and licking to soothe the pain. Before I knew what was happening, my blouse was gone and I was in only my bra.

Like in the washroom, she raised my hands above my head and asked me to keep them there. I wanted to tell her what I thought of that but her tone brooked no argument and even though I felt defiant, my arms remained above my head.

She kissed my throat and then the swell of my breasts. I was squirming. There was an increasing ache between my legs and my panties were soaked. She squeezed my boobs through my bra and then suddenly pulled away.

My breathing was heavy now and I wanted nothing more than for her to touch me where I wanted it most, but I knew she wanted me to beg. I wasn’t going to beg her. I may keep my hands where she wanted them but my mouth was going to remain shut.

Jealousy, envy in non-monogamy Pt 1: Are they the same?