Guest Contributor Voluptous Voltarian: Coming On to Her After She Came Out to Me 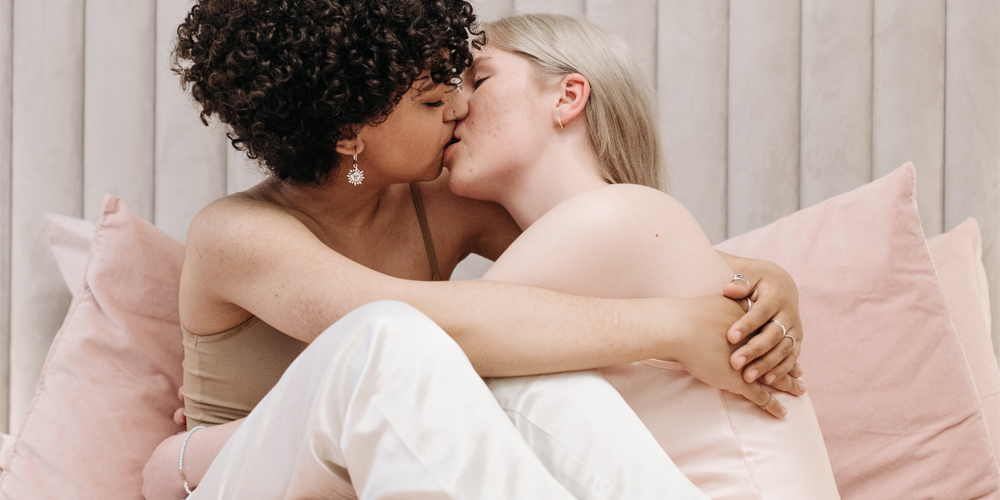 So I have a confession. I am not proud of it. I had sex with a woman. And it sucked. It sucked big time. Though neither of us did. Suck I mean. At least not each other. Perhaps being cunning linguists might have helped the interaction be more exciting. As it was, it wasn’t. What I am ashamed of is not the having sex with a woman. It is how much it sucked. If the phrase “womp, womp, womp” could ever be the soundtrack for a sexual experience then that would be the one playing in the back ground while she did me. The hookup consisted of some making out, some boob sucking and her fingering me. She had her period so I didn’t get to touch her. In the hetero world this would be considered second base. But in the queer world it was fucking. And it fucking sucked.

The entire time I was in her bed I kept thinking how much I missed my ex-boyfriend. And kept thinking how hot it would be if the guy I was crushing on was the one sucking on her nipples instead of me and I was just sitting on a chair watching it all. I adored her body but I had more of an anthropological interest in it. While she was on top of me i was considering how much more I weighed than her and wondering if this is how my voluptuous frame felt on top of my sinewy ex’s chest. I was basking in her skin and thinking that I now got why the men who had touched me were so turned on. I was feeling her body melt into mine and thinking how I had a new appreciation for the beauty of the female form. Now I don’t know a lot of what one should feel when having sex with a woman. But I know that is not it. So after the night ended we talked about it and decided not to do it again and I decided that I must not be questioning or the least bit bisexual and that despite my attraction to another woman I had met the day I  met the woman I eventually fucked I must be strictly dickly. When I raised this point with the woman I spent the night with she said something that really made an impact on me: “VV,” she said “I know the first time you had sex was amazing and it was with a man. Do you think this is what made you straight?” “Nope.” I responded. “I was straight before” “Hmmm,” she said, in her best professor impression.  “What if the first time you had sex it hadn’t gone well and it had been what it is for most of us, awkward and uncomfortable and infinitely forgettable would you have thought that was evidence that you weren’t straight?” “Of course not,” I said. “It would just have been commentary on that particular sexual encounter. Not even necessarily on that particular person  because if I was invested enough in them i could tell myself to try to make things better. I wouldn’t say I wasn’t straight. I would just say i had bad sex with a guy.” She raised her eyebrow at me and said “Well then I would hesitate to say you aren’t bi-curious because the sex we had was bad” Her words rattle around in my head till this day.

Before her I had never thought of myself as questioning or bisexual. Female bodies are alluring to me and big puffy nipples and swollen pink labia have always turned me on visually. But my attachment to dick is strong, chale. No matter how alluring the female form is visually, if a hard penis doesn’t enter the scene in ten seconds I lose interest. I always loved watching women being made love to. But if it was by another woman, unless a dick made an entrance, my interest always waned. So I was pretty sure I was pretty straight. But then the day I met this friend and made her acquaintance I was at the Nubuke Foundation. I met four women. One of them, not the girl I slept with who is now one my closest friends but another girl I haven’t seen since, well, she blew me away. I took one look at her and got all tingly. She was a little androgynous with velvet-black skin and a cloud of an Afro. Woo. Mawu! All of a sudden I questioned my straightness. I called Lily, my best friend from childhood, and told her. She was excited for me and said “Paddy her.” Sadly I got busy with other things and never got the chance to. Over time my crush faded and I totally forgot about it until the day the woman I slept with, who following that day at the Nubuke Foundation kept in touch and became one of my besties told me that she was bi. What? “A” was bi? How had I never known this? I have had people come out to me all my life but never a brand-new friend and never in quite that way. All of a sudden all of the things “A” had said to me before came flooding back. All of the times she had invited me to her place to hang out suddenly took on all these sepia tones. Had she been flirting with me? Was she trying to fuck me? Was she interested? I asked mutual friends and they all thought she was. So I brought it up one day with her and she admitted she had been flirting a bit and we ended up in bed. And it sucked.  Womp womp womp.

But then after our disastrous sexual encounter I did a little thinking and realized how unfair I had been to her. Why did her telling me she slept with women suddenly have me regarding her with different eyes? Why did I think she was telling me so she could tell me something? She told me she was bi. She didn’t tell me she liked me. I was the one who started rewinding every interaction we ever had searching for innuendo. Sure, I knew she was interested in having some casual sex while she was in Ghana. But why did I assume she was interested in me? Why did I put her on the spot by asking her? What did I really think she was going to say? No? That would have hurt my feelings and she probably wouldn’t have wanted to do that. If I am honest with myself I will have to admit that I wasn’t in the least bit attracted to her but was intrigued about whether I was attracted to girls and figured that since she was a girl who liked girls she might be the one to break me in. Basically as soon as she came out to me I came on to her. And I have come to realize that this is something a lot of women I know—even those of us who are straight allies and fight against homophobia every day—do to their queer or bi friends. We assume that just because they have told us they like women that they must like ALL WOMEN including us. And when we find out they don’t we get genuinely hurt and wonder “What is wrong with me?” “Why doesn’t she like me?” We get all Sojourner Truth and start asking “Ain’t I a Woman?”  We assume our bi or queer friend must be available for us to try out all our little fantasies on and a lot of the time I think we put them in a really uncomfortable position where they just decide to fuck us for the sake of peace and harmony. So “A” if you are reading this, I know we talked about it already and I apologised but I would really just like to say sorry again. Thanks for being nice enough to not turn me down. But next time someone does what I did to you bounce her 🙂 You deserve better than to be a guinea pig. However all that said, guinea pig and matchmaker are two different things so if you get a chance find you-know-who’s number for me. I still think about her from time to time. I would fuck the shit out of her.

My Dear Adventurers, have any of you ever come out and then been come on to? How did you handle it? Has anyone ever been in a situation like the one I put “A” in? Don’t be shy. Tell VV.

Guest Contributor Vortex: A poem for you and you

‘Shopping of a different kind’ by Guest Contributor Mama Mkenya

11 comments On Guest Contributor Voluptous Voltarian: Coming On to Her After She Came Out to Me