How My Partner Outed Us In A Club 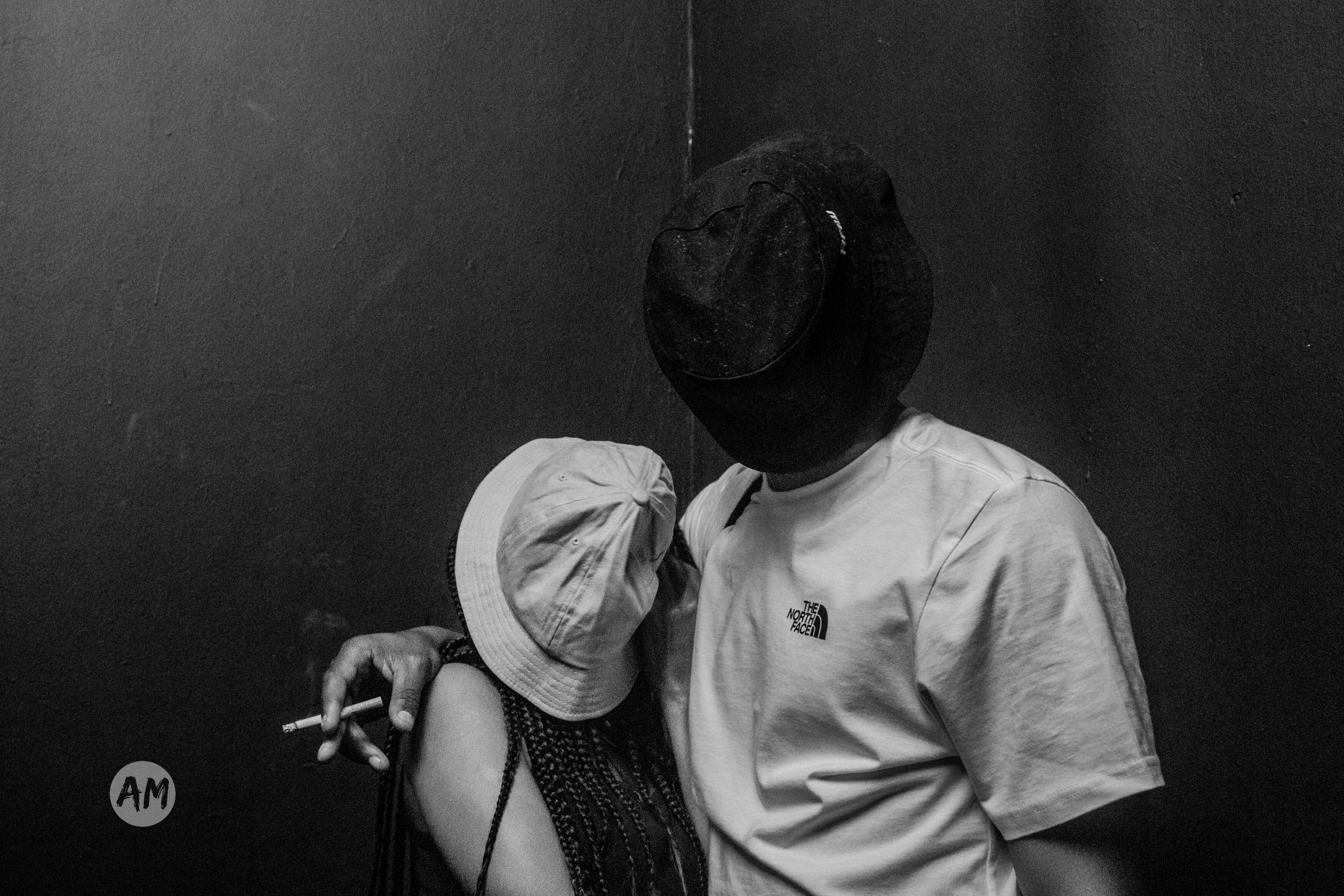 I’ve never been the outgoing type since the incident at college but this girl had me considering otherwise. She picked out one club on 3rd street downtown “The Twist”. Every Friday she’d pick me up from work and we’d go for our dinner night. This was followed by a drive home to change then we’d drive up to The Twist for a night of bliss in loud music and expensive liquor. It was one of the many things that we loved to do and followed religiously. It helped to keep us together.

Even though we both had decent jobs and owned a traditional restaurant in one of the privileged suburbs, it never made sense to me how we were never broke and never worried about money. I did the math constantly, checked the receipts and bank balances visa vi loans acquired and credit accumulated and somehow everything always seemed to be in place. I knew my partner came from a really wealthy family but we had agreed never to use money from her family to sustain us especially without letting each other know.

This particular Friday was a little different. We were a little later than usual to the club because our daughter had been throwing tantrums and making demands for the latest video game. My partner managed to calm her down after a long struggle. We got to The Twist and parked in our usual spot. When we got inside, I immediately felt the need to use the bathroom so I asked that she find a table for us while I dealt with my bladder. In that moment I realised that after all these years together I had never had to book a table for us in a club. We had an usaid agreement that she would do it because “club courtesy” was not for me.

As I walked out of the bathroom I noticed my wife having a seemingly deep conversation with one of the male assistants which made me a little uneasy because she is bisexual and her smile in that moment was a little too wide. See, I have a gorgeous smile but my wife had a way with eyes, smile and hair. She playfully tugged on her hair in a way that made me want to jump all the tables and beg that she do that only for me. I was an insecure bastard but my wife had never given me a reason to doubt her love for me or the strength of our relationship. I hated that we could not legally get married because a part of me felt I would feel a little less uneasy if she introduced herself as my Mrs or with my surname at the end of her name. As I got closer to where the conversation was happening, she turned and saw me and smiled. I grinned and immediately put aside the thoughts that were making me uneasy. She took my hand and walked me to our table in the private lounge as always. This was the place where platinum club members drank. I noticed a bunch of old guys with their escorts and one of our Defense ministers’ son. He waved at my wife and I simply nodded.

My partner and I had been together for almost 7 years and her parents had kind of disowned her but when it was time to show up to public events she always went with them with a smile pasted across her face. That’s probably how she knows the minister’s son. Her father has been a minister himself. FYI this club was frequented by ministers and as always I kept my head down to avoid recognition and because my partner and I had agreed to lay low. Up till now I am not sure how that worked considering just the 2 of us sit for hours in the club and leave together.

On the far right close to our usual corner sat a number of men probably our age, making a little more noise than usual considering the area they were in. I thought I recognized one of them but the light was too dim. One had to be sure to able to tell if they knew someone or not. A few moments after we sat the young man who had been conversing with my partner showed up with our drink and a side plate with the holy but forbidden leaves. My partner being an expert at bad behavior immediately started rolling a blunt. In this part of the club no one really cared what the other did or so I thought.

After a few hours of blunts and drinks, my partner got up and  started dancing. I always told her that her dance moves were meant for the bedroom and my eyes only but I had no strength to stop her or suggest otherwise. I was the really shy type. I never got up to dance in a club even when she attempted to dance with me I simply watched. The young men close to us began to notice the gorgeous woman dancing better than a combination of Sasha Fierce and Shakira. Considering she had been to Angola for a while, I totally understood where she learnt the dance moves and had it not been that I was very shy and I was making an effort to lay low, I would have put my hands on her flexible hips and attempted to sway along with them. Please note I am endowed with two left feet but I ain’t no Jackson either (terrible dancer). The young man began to cheer and clap and move closer to where we sat. Now I had to tell my partner to slow down or stop otherwise our “cover” would be blown because after all these years we had never had to come out or explain our relationship to anyone but very close family members.

The gyrating and wining was slowly turning into a private show for me that would turn into an unwarranted coming out ceremony. I was getting irritated as the young man moved closer and my partner took no heed to my warnings. She turned and winked at me and slightly pushed my legs apart and danced a little too close to me. A part of me wanted her to stop but I’ll be damned if I had it in me to stop her. I was enjoying this a lot more than I could ever admit and she was having a good time after a long week of hard work and making sure the bills are settled, our daughter is well taken care of and well a lot of meetings. She needed to burn some steam and I was enjoying the dance moves.

Before I knew it one of the young man tapped on my shoulder and asked that I let him enjoy these dances since he was a “man”. For a moment that didn’t make sense to me until he jumped onto the club couch and held my woman’s waist. I bet she was shocked that I had finally gathered the courage to dance with her because she immediately turned to look at the owner of the hands. A glint of disgust was evident on her face the moment she realized that was not me. I was already trying to get up and explain and maybe walk out of the club. She pushed away from the young man’s hands and turned to me with her hand around my neck. Damn this woman! I thought this was a cue to go home before the drama started and explanations were demanded.

The young man’s colleagues noticed the little scuffle and began to move closer pushing and jostling asking for answers. In a flare of an emotion that even I cannot describe, my partner stretched her hand to the wall and switched the light on. In all my life and all these years visiting this club, I didn’t know there was a switch and neither did she or so I wrongly thought. She stood on top of the table and silence ensued. Look in a club you only switch on the light when the party is over or when you want to start a huge fight. Standing on the table made it worse. She was hard to miss. She paused a little as if waiting for her audience to get accustomed to the suddenly bright light. Before I could ask her to get down so we go home she spoke in what I thought to be her loudest and angriest and now I realize the boldest voice “I am Nadine Baroti” and by now everyone was staring because that surname demanded attention. She had just told the whole club that she was the former Vice President’s daughter. She put her hand on my shoulder and continued bellowing “This is Kudzai my wife! And if anyone has a problem with our relationship or any other same-sex relationship get the fuck out of my club!”

The minister’s son she had waved at earlier began to clap his hands and shouted for the DJ to resume playing the music. The young man who had come to our table spat and started walking out. Despite my shock, I noticed a few others walk out but most just looked out the way and nodded or raised a glass. After 7 years of living together, I did not know that my partner owned The Twist on 3rd street and that bothered me a lot more than the fact that she had just outed the both of us in a club. She looked down at me as she got off the table and kissed me on the lips and whispered I’ll explain when we get home and immediately passed out.

My Brand Of Feminist Rage Reads ‘Kill All Men’

The Wildest Thing I’ve Done For The “O”

1 comments On How My Partner Outed Us In A Club