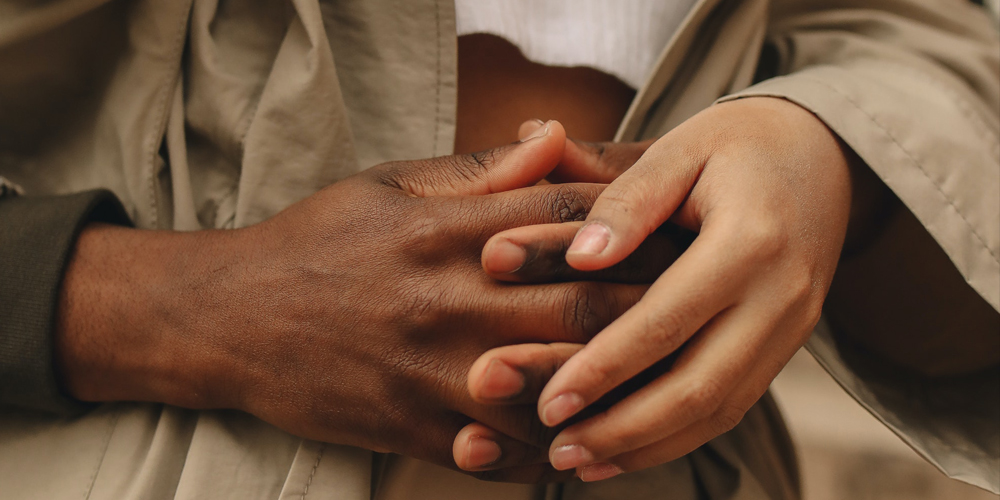 So as you know, it all started with Paa Kwesi saying Ibrahim was dying to see me. I had treated HIM to lunch at the Mall and he called his cousin. He insisted that we meet up soon, and so we did on Friday night, I think it was. Maybe it was Saturday. I can’t remember.

Anyway we went to dinner at the Mall, grabbed a quick bite to eat and then saw The Hobbit. He complimented me the ENTIRE time. He seemed really surprised that I was so fun to be around, because he assumed I would be a snob.

He told me I was the most beautiful woman in the room and I had to know that.

“Look at how everyone stares at you wherever we go. I’m the luckiest man in the room.”

I told him I wanted to hold his hand while we walked, because we never got a chance to do it as kids. I grabbed his hand and then let it go a short while later. By then he had already told me he had a girl friend and I didn’t want to step into her territory. When we got into the movie he insisted that I put my head on his chest and cuddle with him. So I did. And it was great.

And then his girlfriend called. He said he was at the movie with his brother and that he would call her later. She called or texted like 3 times that night.

By the time the movie was over it was really late, and he said he didn’t want to be on the roads because he had been attacked just a few weeks before. He asked if it would be ok if I slept in the guest room.

“I’ll be a perfect gentleman. I won’t bother you at all.”

But then he wants to watch a movie, and that means I have to sit in his bedroom to watch it. So I do. I asked (or rather forcefully suggested) that we redo our first kiss since it was so awful. He agrees and we do. It’s better, but not much better. I think I told him so. I was happy with that, and was ready to settle in to watch the movie, but then he sits up on his knees and starts to maul me. I was genuinely confused! By the time he started tearing at my MAKSI dress I had to slow him down.

Are we really about to do this, I asked. What about his girlfriend? (I didn’t ask him that).

“Whatever you want to do is fine with me, baby,” he said. But he still hadn’t stopped kissing me.

SO what is a girl to do? I took off my clothes, and got back in bed.

“I just want you to know I’m a freak, and I’m going to do things to you to make sure you never forget me,” he said.

He spread my legs and began to eat me out. Normally, I don’t like anyone down there unless I’ve had a shower or unless we have established a firm relationship, but he didn’t ask me about my preferences. He played with my clit and then plunged his tongue into my asshole. I jumped at first, because I thought he had gone too far down while he was going down, but then he spread his tongue and then began to probe it deliberately.  SO I laid back and let it happen!

By then it was pretty well established that we were going to have sex. He had been telling me that I was insanely beautiful all night, that he was so happy that he was lying next to me, that I was his first love and that he had never forgotten me.

“I love you, Asantewaa.”

Henh? How is this possible? I laughed dismissively while he pulled me on top of him. He’s long, but not large. It was a very comfortable fit, actually. So I rode him until he decided he wanted to take me from the back.

“Lift your leg this way, baby. That’s my girl,” he whispered.

“Do you speak any Ghanaian language?” he asked.

I told him no, and why not.

“But do you understand ‘bra’?”

He kissed me passionately and we fell asleep in each other’s arms. The next morning we woke up and did it all over again. We couldn’t get enough of each other. We cupped each other’s faces in our hands and stared directly into each other’s eyes as he pulled in and out of me. He has SUCH beautiful eyes!

Even though he had chaqued me with his immature shenanigans, I still couldn’t leave without one last shag. Between the constant calls and text and  “I love yous” he had burrowed under my skin. The second time I’d spent the night at his house wasn’t quite as memorable, although it was for him. I gave him tremendous head. He said it was the best blow job he’d ever gotten in his LIFE.

“No seriously. Did you go to school for that, or is that just something you learned through practice?”

Since time was against us, we each agreed that we would have to get naked RIGHT AWAY when we got to his house.

“Do you like beer? I’m going to pick up a few beers for us. It will help you sleep on the plane too.”

I can drink beer if there is nothing else, I agreed.

He went into the store and came back with two Savannah Dry’s, already opened. We were at his house in a few minutes after the drink run. By this time it was 6:25 pm and I had to be at the airport no later than 7:50 pm. We didn’t really rush though. He has 2 bathrooms and we both went to pee. I took off my clothes on the way into the bedroom and he was still fully dressed when I got there.

“What are you doing?” I asked loudly. “Get your clothes off! We have to do this fast!”

I clapped my hands and hopped onto the bed.

“Ah. But can’t you be a little romantic about it?” he asked disappointedly.

I said something “romantic” (can’t remember what) and he finally got undressed…very carefully, I might add.

“I really don’t want to go either,” I admitted.

If I was a complete asshole, I could leave my husband and kids to live a life of security (and scandal) with a man who was SO plainly smitten with me. He said he worshipped me. Fortunately, I am not an asshole or an idiot. I discovered on the ride home that he likes his women young and malleable. He likes to dominate them. It’s an ego thing, he said.

“I like my men to dominate me,” I countered.

“Yes. Only in bed. I can’t be that chick who is totally submissive to her husband in every aspect of life.”

As you can see, it’s a good thing I didn’t let my head run away with his dick. I would REALLY be screwed then! Back to the sex.

He calls my breasts “the twins.” He teases my nipples and motorboats my cleavage at every opportunity. He cupped them in the car when he wasn’t shifting gears. He loves the twins.

He was obviously under a lot of pressure to perform. He was limp when he got in bed.

“Get me hard, Asantewaa,” he said softly.

I don’t know him THAT well sexually, so I sucked his dick. All men like to have their dicks sucked. He told me to turn around so we could do a 69. When I didn’t stop sucking his dick, he repeated his request. My mouth never left his cock as I swung over, which seemed to amaze him.

And then he got hard.

We didn’t have sex yesterday night. We didn’t make love, like we did the first night. We just fucked.

“Fuck me, Ibrahim!” I demanded.

“I AM fucking you, Asantewaa! You’re the only person on the plane getting fucked before they fly tonight!”

I pulled my waist harder against him and manipulated my body in ways that no one has, or has even bothered to try to. Then he slapped me. Not hard though. I glared at him. What the hell was that?? He saw the look in my eye and turned me over. He drove into me so hard I thought the black would peel off my ass. He spanked me again and again.

“You have so much ASS, Asantewaa!” he exclaimed.

He told me before that he can never last for much longer when he’s looking at my ass. He came soon after he made that declaration. I turned around and murmured sweetly to him.

“I think I owe you something.”

I reached behind me and slapped him back.

We drank the rest of our ciders and lay down together for a few more minutes.

“Please don’t forget me when you leave.”

“I won’t. I promise. Try not to forget me either.”

“How can I forget you? You’re my everything. I love you.”

It had to be the pussy talking. I “hmmm’d” and snuggled into his chest.

“Please ignore whatever I say, okay?” he begged.

He had a brief conversation with her, until I got bored and got up to take a quick shower. When I got back to the room he was already dressed. It was time to go.

True to his word, he got me to the airport in the nick of time. We said a long, sweet farewell. We kissed in public. I didn’t care. He gave me 5 cedis to give to some old man who was waiting to push my luggage. I walked away towards the terminal and looked back to get one last look – but you know Kotoka. He had to move. I never saw his car leave.