Guest Contributor Saffron & Lace: “Morning (and days) after that night before” 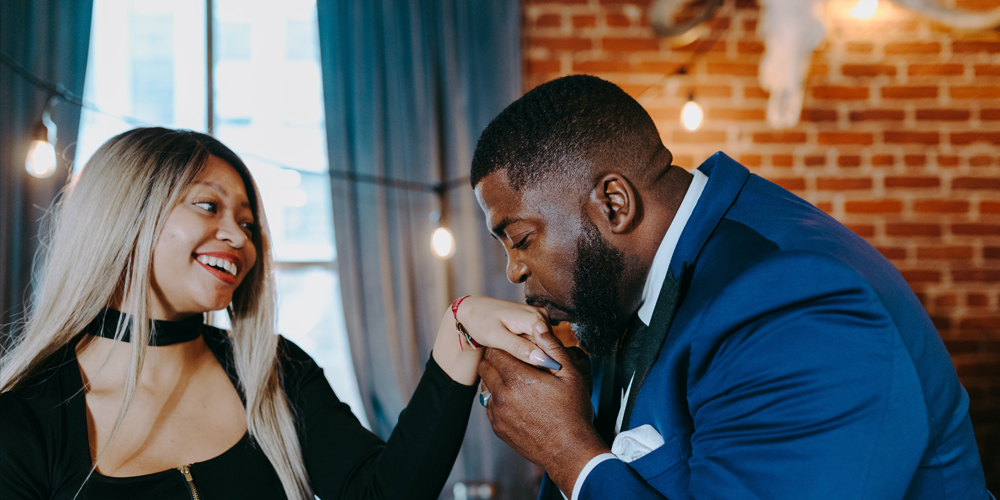 The first time we met I was surprised, I expected my supervisor to be older with salt and pepper hair – our line of work doesn’t attract younger John Wayne types. When I walked into his office I was genuinely surprised but recovered quickly and grasped his hand in a firm shake and it was his turn to be surprised by the firmness of the handshake, it registered for a few seconds and was gone – “Towa Mumba,” I said “John Ross,” he responded while I checked his ring finger.

He had pale pink lips with a gentle pout, an olive brown moustache and the same colour of hair was combed back on his head – intense amber eyes. When our gaze locked, I felt a ripple rush through me and for about ten seconds I felt hot all over and gazed up at the air conditioner both to break the gaze and check that the air conditioner was actually operational. When I met his gaze again he cocked his eyebrow – first time the raw chemistry of sex jolted me and first time with a white man.

Our second moment of awareness occurred two years later; he was planning the executive director’s welcome back party at the office and I was preparing to relocate to the field to take up my promotion. He was coordinating the building of a fire for the braai and issuing work instructions to me simultaneously – I was used to his brand of multitasking and could siphon through words directed to others and those directed to me.
When the hired hands left momentarily to fetch other items, John turned towards me and lazily gave me a vertical body assessment that left me self-conscious and feeling naked – “are you an athlete?” he asked, I had pretended to not notice his blatant up and down gaze but looked up at him squarely and responded “I was a 100m and 400m champion in secondary school but I haven’t raced in years.” “Yes I can tell, you’re quite lithe,” he said with a look of intent in his eyes.

Our gaze locked and for the second time in my life I felt hot all over – he had a taunting half smile on his face. He turned and bounded up a flight of stairs, “now you’re just showing off!” I shouted at him from the bottom of the stairs refusing the bait to run after him.

The third time we explored our chemistry, six months later – he had travelled to the field to assess the projects and check on the field offices. He kissed me gently, placing his lips on mine and pressing lightly but I could not respond because I was fighting logic and debating whether to indulge my body or submit to reason. He trailed his lips up my jaw and stopped at my ear lobe leaving me in suspense, I was frozen by indecision but excited by anticipation, I wriggled slightly and he chuckled then wrapped his lips around my ear lobe and flicked his tongue, a sizzle of synaptic electricity travelled from my ear lobe to my breasts and they tingled and perked straining against my lace bra.

He licked along the rim of my ear and stuck his tongue into my ear. Pleasurable sensations were shooting along various nerve endings and still I fought logic and clung to reality refusing to yield to him and ask for more. Without warning he withdrew his tongue and gently bit my earlobe, I jumped in shock and drew in a sharp breath. The sensation from the bite travelled down my abdomen and settled on my clitoris it was a small jolt of electricity and an itch all at once and I yearned for his touch, I strained against my jeans which were suddenly not tight enough.

“You-“he seized the opportunity provided by my open mouth and plunged his tongue in, he licked the roof of my mouth and ran his tongue along my teeth and pressed his body into mine, digging his knee into my crotch area and keeping the pressure there. I heard a soft moan and realised the sound came from me, startled by my treacherous body – I stopped. In the midst of our kiss and my hesitation he chuckled and his whole body vibrated as he broke the kiss.

He looked at me and said “You are beautiful.” I partially relaxed and he took my hand in his, interlocking our fingers, I looked down at our hands, the contrast in colour of my brown skin against his white – we were very different, my hand was smaller than his, his skin was pale against my hand and his hand was firm whereas mine was soft. He realised I was watching our hands and unlocked our fingers. He slid his hand up to my elbow and then slowly worked his way under my shirt, smoothing his hand up the side of my waist and up to my bra.
I looked into his amber eyes and he looked back – that smouldering look that had set me on fire on two previous occasions. I pulled his head down and kissed him. I let him lead the kiss for a while before I took over and explored his mouth, I ran my tongue along his tongue and traced the ridges of his teeth, licking and sucking my way around his mouth. I broke the kiss and playfully bit his bottom lip. “Where did that come from?” he asked surprised by the gentle bite – it was my turn to chuckle.

He ran his hands down my leg and up to my crotch and pressed lightly, I bit my lip as my clitoris tingled and liquid pooled there. “I want you out of your clothes” I said to distract him. “Not so fast,” he said undeterred. “Now!” I said forcefully and yanked on his shirt.

Bans Off Our Uteruses!

Rain Makes Me Want To Be Indecent With You

7 comments On Guest Contributor Saffron & Lace: “Morning (and days) after that night before”