What Makes You Come? 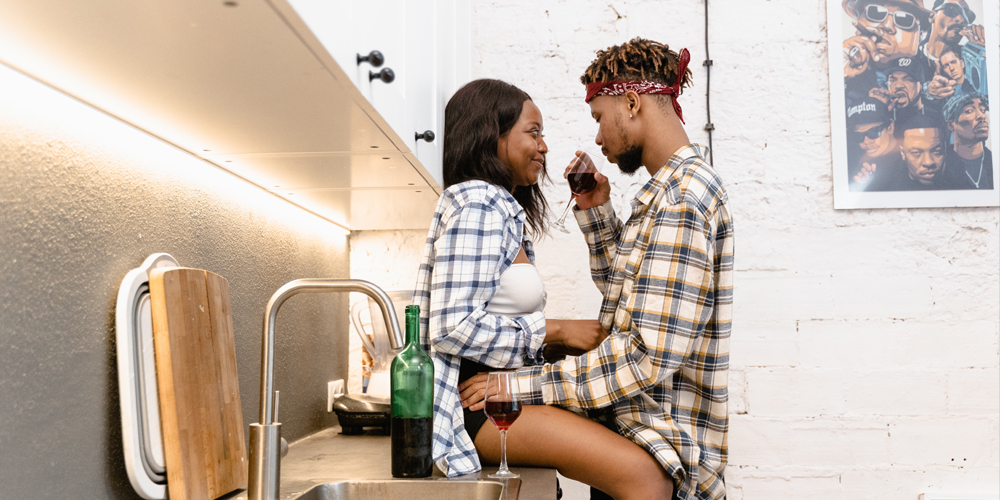 For the past couple of weeks, I have been asking my friends that particular question during our conversations about sex.

Now, when I ask that question I’m not talking about the act of sex in general. I am talking about triggers, the things that tip a person over the edge—you know, what me and my most-recent ex used to call the ‘Fiiiiniiish Himmmm!’ moves”. (Yes, you have to say it in the Mortal Kombat voice.)

I mean, I think there are some standard erogenous zones as far as human beings go, and, for that reason, there are some pretty universal “Finish him” moves. But in my personal experience as a pleasure-addict—and in the series of conversations I have had with people about their bedroom antics recently—I have started to realize more and more that good sex is far less about the “standard” stuff and more about the fact that everyone has some very particular quirks that make them lose their minds. I have always thought that sexual needs were very diverse but as I grow older I am starting to realize just how varied people’s sexual needs are and how much our individuality as human beings extends to what we like in the bedroom.

Case in point. One of my exes loved to rub his dick against the sheets while he was going down on me so he would only eat me out lying down. He loved it when I squirted in his mouth while he was eating me out and then pulled him up, bit his nipple (the left one), laved it with my tongue and then blew cold air on it. He loved looking at the high arch in my feet during fucking and if he couldn’t see my feet he would change positions/move the pillows or sheets out of the way until he could. He wasn’t super-adventurous as far as positions go but loved fucking in cars and outdoors. He lost his mind when I would take his hand, brush it against the tip of my clit and make him feel how hard and erect it had become. He would shoot his load in a minute if I said, “Fuck me, fuck me, like you paid for me. Fuck me like you don’t care if I come.”  He loved having his neck licked and his collarbone kissed as he fingered me slowly. He got off on a particular fingering technique—first one, then two, then three fingers till his hand was all bunched up cos there was no more space inside me.

Another ex had totally different but just as specific triggers. He used to demand I squeezed him tightly, as tight as humanly possible, in a big bear hug, when he was coming and rake my nails down his back just as he started to shudder.  He loved being kissed really hard and trembled when you sucked his tongue. He would come faster than Superman leaping over a tall building in a single bound if during doggy style I started jerking the right part of my hip in a slow hard grind and then speeding it up with a rhythmic rocking motion whilst looking over my shoulder at him and smiling. He loved sucking on my right tit first and then stopping to take off his trousers while he ordered me to suck it myself while he watched and then coming back once his trousers were off to suck on my left tit and ask me if I liked it better when he did it or when I did it myself. (I bet you guys can guess what his preferred answer was, lol) It would always tip him over the edge if while we were fucking our brains out I asked him “Whose pussy is this?” so he could answer, “It’s mine. It’s mine. It’s my pussy. It’s my pussy.”  Other dirty talk would get him worked up but that particular Q&A would tip him over the edge. Without fail.

It is so fascinating to me how freakishly specific that stuff is! But to be fair, if I think about it, the things that get me off are just as specific.

Interestingly enough, I also realized that as I’ve gotten older the things that make me come have changed. Being teased i.e. being eaten out then fucked then eaten out then fucked then eaten out then fucked so I never get a chance to fully enjoy any one activity and start to beg to be finished off makes me come. Being fucked from behind while I lie on my stomach so I can feel the weight of my guy on my back and his hot breath on my neck and my ear whilst I play with my clit makes me come. Having my lover kiss the curve of my neck, rotate and gently tug on my nipples with his thumb and index finger when I’m on top and riding him with my hips thrust forward and my hand massaging the top of my crotch where it meets my clit makes me come. Lying on my side in a semicircle while my guy kneels on the bed and fucks me, with one hand kneading the curve of my waist and hip and tugging on my waist beads and the other hand squeezing my tits and giving me the occasional hard smack on the ass, makes me come.

I mean, in the moment, all I know is that I came and it was awesome. Realizing the components that tip me over the edge is more of a hindsight thing when I’m reliving the amazing sex in my head. Sometimes I even identify a particular trigger when I’m having sex that is less than stellar and I find myself wishing the person would do a, b, or c. Then I realize it is because I have experienced those moves before with great success and I am asking for them to be replicated. I have been told I realize these things because I have lots of sex and am in tune with my body and feelings but I think it is more likely that I realize these things because I am relatively attentive.

I kind of believe that if everyone was to give it some thought they would probably start to know what tips them over the edge and what they like. Am I wrong?

Adventurers, what are your triggers? Please share them in the comments, no matter how unconventional or explicit you might think they are. Also, let me know how easy it is to share these triggers with new lovers? Do you give folks a tutorial or do you wait for them to figure it out and then just dump them if they fail to take the hints after a certain amount of time?

*The “less than an inch” and the “gentle” part are particularly important because once that formula is deviated from I’ve discovered that I don’t enjoy it at all.

Guest Contributor Dzifa: Review of Premium Aqua Gel and Silicone+ by Give Lube

I know my rights

Re: With Love from the XVIII International Aids Conference in Vienna

26 comments On What Makes You Come?