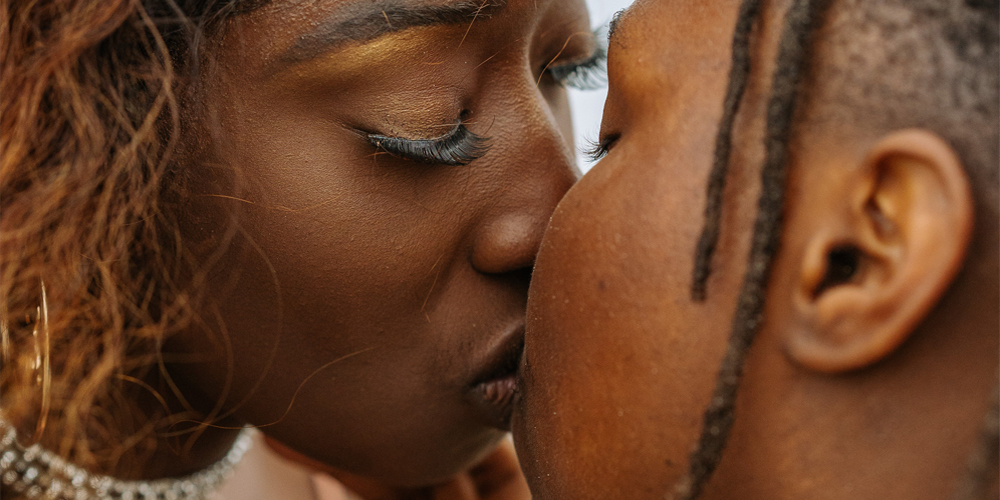 Stale. That’s how it felt the first time Kojo kissed me. It’s the only way I can think of to describe the feeling. It was like we’d stored the kiss away for months and forgotten about it, and when we finally took it out of storage, it was no longer fresh. The second time was no better, even though the first one was already out of the way. I made sure there wasn’t a third time.

Joe was a good kisser, but I didn’t like kissing him. He smelled wrong. He didn’t smell bad, no. His scent just wasn’t the kind you thought of when you missed your partner. It was too brash, too forceful, and forced your senses to run and hide from the assault being carried out on them. You didn’t have the presence of mind to feel anything more. He didn’t smell comforting, and how was one supposed to relax into an embrace when one wasn’t comfortable? He was disappointed when I pushed him away and never called back. I have 37 texts to prove it.

Kwesi was fun to kiss because he was patient and attentive. If he did something and I didn’t like it, he noticed and never did it again. If I liked something, he did it just enough times. You know how you like a song and binge it endlessly till you become fed up with it and can’t bear to hear it anymore? It was like that with my body. Too much of something I like and it becomes boring, predictable and a chore to endure. Kwesi intuitively knew this, and I never grew weary of kissing him. He liked my quirkiness — he thought I was odd. He grew weary of my quirks though because I want to do more than kiss you, V. He fell in love and it wasn’t with me. They have two kids now. He has a wandering eye and she has weekly one-on-one yoga classes with a young and startlingly handsome instructor.

The first time I kissed her, it was because I’d been dared to make out with the person seated on my right for a minute. It was one of those raucous nights out on the town; one of those nights where one group of people run into another group of people and mutual acquaintances insist they all sit together. A few hours later, our blood replaced with alcohol, and our inhibitions non-existent, we spun a bottle and dared each other to do crazy things.

I straddled her because how else did one make out? We didn’t kiss at first, at least not on the lips. We touched each other and I kissed her neck. She squeezed my boobs and I liked it. She sucked on my neck and I wanted her to do it again. I liked the taste of her skin. I wondered if I would like the taste of her lips. I cupped her neck and brought my lips to hers. She tasted of honey and whisky. Her lips were soft beneath mine. One hand went to the back of her head and nestled in her hair.

When she kissed me back, I would have moaned, if some tiny part of me hadn’t held on to self-preservation. This was a slow, exploratory kiss, the kind that you liked because it was unhurried and gentle. I felt her hands go around me, and I wondered what they’d feel like on my bare skin. Her lips pulled away from mine and settled on my cheek, then my jaw, then my ear.

My nipples were hard peaks in my bra and my panties were wet. We’d barely done anything, but my body was responding to hers in ways it’d never responded to anyone else’s. I would’ve kissed her again, had someone not yelled “time up!” She drew away, and I got off her lap and back into the chair I had been seated in. I heard someone say “that was hot”, and I told them they were welcome. They had no idea how much heat was pooling between my thighs. I was afraid I left a wet patch on her thigh. I wanted to look, but I was reeling from the effect this total stranger had on me, this person I had been previously unaware of, even though they’d been seated next to me for at least two hours.

I put her out of my mind, or at least I tried to. It didn’t work and I gave up. I let thoughts of her touch and taste and scent haunt me. The result was that a hunger grew inside of me that no one else could sate, not even the endearingly sweet Max.

We met at a work event, and we kissed three weeks later. He was a good kisser, and knew how to use his hands. I would’ve gone further with him, but he said something to me two weeks later about how I was never entirely present whenever he touched me or kissed me. I didn’t know what he meant, until George said to me one day that I kissed like I was holding something back.

George was a recurring event in my life. He swooped into your life and swooped right out. It took you time to recover from George. There was so much personality packed into the man, and he couldn’t help that it spilled over. I liked being with George, even though times were far between. He was great company and a good lover, being one of the few men in my life I’d gone all the way with (and still continue to).

I met him again three months after I’d kissed Jay, and he told me I was holding back. “You’ve never kissed me like this”, he said. “It feels like you want more, but I can’t give it to you because it’s not me you want it from”. He wasn’t jealous or needy, and didn’t leave because he thought I could give him more, but wasn’t. Our relationship wasn’t of the sort. He tried to coax me into talking about what it was that was haunting me, but I feigned ignorance. We talked freely to each other about our sex lives, and if he found my refusal to talk about it odd, he didn’t say.

When we said goodbye two weeks later, he told me to go get my nut from whoever it was that had it. I called him silly and told him I didn’t know what he was talking about. In grand George fashion, he kissed me on both cheeks and declared that my sex life was going to be shit till we met again if I didn’t go chase my lover. I laughed at his antics and promised to see him again if the universe didn’t come to an end.

The second time I kissed her was seven months after that first night. It was one of those nights where all the girls went out to a bar and drank till they had to dance the alcohol away at a club full of gyrating bodies, where there was the possibility to return home with one (or more) of said bodies. I agreed to go because I was bored, and wasn’t having to shout over the music to be heard more fun than staying at home and watching sitcoms by yourself?

I was in the queue for the washroom when she stepped out of it. My body registered her presence before my mind did. I hadn’t felt that tug between my legs in a long while and it felt oddly good to know I could still be turned on. It took a lot to not push her back into the stall she’d just exited and maul her. Thankfully, I wasn’t that drunk.

She saw me and said hi, and I said hello. I couldn’t say another word because she smiled and stepped away. I cursed under my breath and entered the stall. When I came out of the washroom, she was waiting for me.

She asked if I wanted to go somewhere quieter and I’d never ditched my friends quicker. Thirty minutes and a walk later, we were at a cosy café where she knew the owner. How else could you get coffee spiked with honeyed whisky at one am?

She was funny without trying, and I liked listening to her speak. It allowed me to fixate on her lips as they moved, and imagine them moving in other ways on my skin that wouldn’t produce speech, at least not from her. I couldn’t promise I wouldn’t whisper her name, or scream it, or call on a deity who had no business in my pleasure except to be a convenient expletive.

The café was closed, but Jay was welcome to stay as long as she liked. She had a key and could lock up behind herself. Who had the keys to a cafe, for crying out loud! This woman grew more interesting with every minute I spent with her, and even though my interest was purely carnal in the beginning, it developed into an intellectual one too. She told me she’d been thinking of me, and had wished many times that she took my number.

When we kissed at the end of the night, no choirs of angels burst into song, no butterflies fluttered around our heads and no white doves flapped their wings rapidly as they escaped cages where they were held solely for the purpose of heralding the fusion of our lips. If these things happened as they did in the movies though, ours would have been the largest production yet.

We stood behind the bar, pretending to be world-class baristas and serving imaginary customers. It was the sort of thing teenagers did, the sort of thing I had never done as an adult because who had the time to goof around in an economy gone to the dogs such as this? It felt like the seven months between our first meeting had never happened, like we’d been friends the whole time.

I sighed into her embrace when we kissed, and my dulled senses were fired up again. When she asked if she could go down on me right there, I nearly came from the lascivious look she gave me. When I called on God many minutes later, she was a woman and her name was Jay.

I Don’t Want To Own A Uterus Anymore