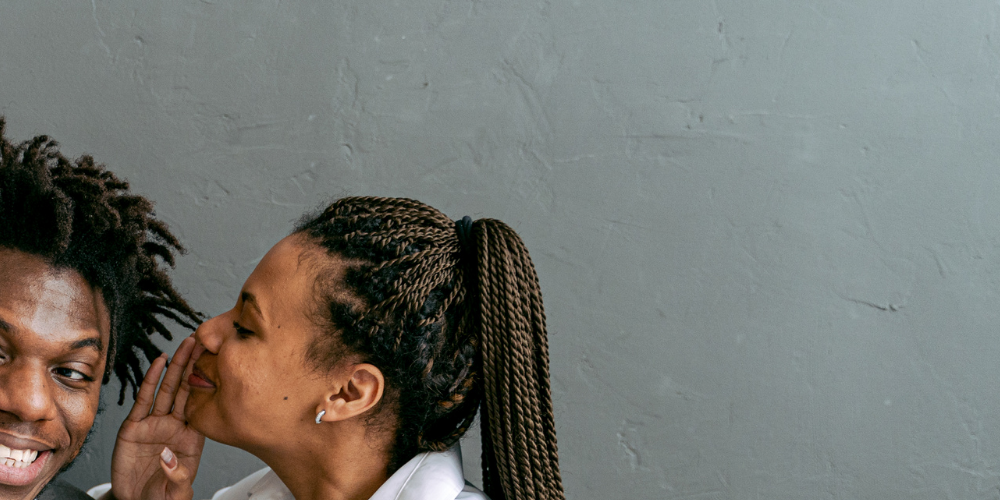 Since we’re getting all cozy on this blog, I have a wonderful Adventure to share with you. Prepare yourselves ladies (and gents) to be regaled by the tale of “My Voyage on a Man I will only Refer to as KS.”

I met KS in 2003 while on holiday in . Christmas in is itself a seductive time of year…I’m sure Christ or the Church never meant for it to be described as such. Everyone one “comes down” from abrochi with their new purchased clothes and electronic gadgets, the folks back home are happy to see you, and Accra has a general gaiety that is somewhat absent during the rest of the year. Anyone you can think of is having a bar-b-que, lunch or get together, and it was at of these social gatherings that I met KS.

By anyone’s standards he was tall; about 6’2”. His skin was a deep rich black, with an almost blue undertone, and dark eyes to match. He was a mountain of dark chocolaty goodness with a bald head like a Pebble to match. Did anyone eat Pebbles in primary school? Remember how you would suck the outer shell to get to the chocolate and peanut center? That’s what I’m talking about…but I digress.

KS and I hit it off immediately. I am by nature a loud and admittedly obnoxious woman. He had insane ideas about how the world worked and his unconventional (by Ghanaian standards) view amused me. Anyone around him could tell he was trying to be deep. It was endearing.

Fast forward through lunches and group trips to . KS and I had friends in similar circles so we met up often. One day, we found ourselves alone at restaurant. The circumstances and details escape me, and are quite unimportant.

“Want to go back to my place?” he asked.

He dabbled in art and wanted to show me some of his pictures.

When we entered his home, there were pictures everywhere. Photographs. He showed them to me in earnest. A picture of his grandfather, great grandfather, local foliage, and some oil painting he had done. Big, black, beautiful and artistic? I’d struck gold.

“That’s a bit forward and presumptive, don’t you think,” I said coyly.

“I have more pictures there,” he said simply.

After days spent talking about everything under the sun, we still had plenty to talk about. It appeared as though we were never going to have sex, so I relaxed and bent down to take off my shoes so I could sit more comfortably on the bed so we could talk more. Fine with me.

“I love your waist beads,” he said.

“Your waist beads. I got a glimpse of them at lunch when you got up. I’ve been fanaticizing about them all day,” he explained.

It was good to know he wasn’t looking at my crack! It had become apparent that KS was going to go the gentleman route and take things slow. But I only had 4 days left to spend in .

“Would you like to see them?” I asked. I had already started undressing. This seemed to amuse him.

We both washed up quickly and met back in his bedroom. When I stepped out of the shower he was only wearing a smile.

“You’re beautiful. Everything about you is beautiful.”

He guided me to the bed and placed his hand on the back of my neck, kissing it slowly and deliberately. He other hand explored every part of my body: breast, belly, elbows…as though he was trying to memorize every angle. He kissed me deeply, and was he a great kisser! *This is where guys should listen up. Please do NOT slobber allover a woman’s face when you are kissing. It’s really disgusting. I’m sure we’ll talk about what constitutes a good kiss along the way on this blog.

I returned the favor of physical stimulation by asking him to turn his back away from me so I could get behind him. I placed my breasts against his back and just listened him breathe for me minute. Then I rubbed his shoulders, his massive biceps, his exquisite thighs…all the while kissing him from behind. I took the opportunity to rub on his head (the other one) to see what I was working with. Let’s just say his tool kit was quite impressive. But I’d slept with enough men to know that size rarely matters, so I was curious to see how he used his equipment.

After we’d had enough foreplay, he flipped me over and kissed me again before reaching for a condom. *Note to guys. PLEASE use protection at all times during sex. One thing that helps a woman to climax is to be at ease mentally. You’d be surprised how fast into the future we can look, and the prospect of getting pregnant or worst, catching some icky disease can shut a woman down mentally. I’ve found that men can be incredibly short sighted in that way. I braced myself for pain, but he was extremely gentle. He knew he was a big guy. Everything about him was big, including his heart. He wanted me to enjoy this time. After he was firmly in, he lifted my hips, inviting me or somehow instructing me to participate. The non-verbal cue was fine with me. I had initiated the sex and said it was ‘okay’, but now that we were in bed, I wanted him to take charge.

I’ll spare the details of how I rode him like a camel jockey until we both climaxed and leave you with some information that I feel is more important:

Sex tips for women who sleep with men…

Aww…Is that your dick? It’s so cute!!