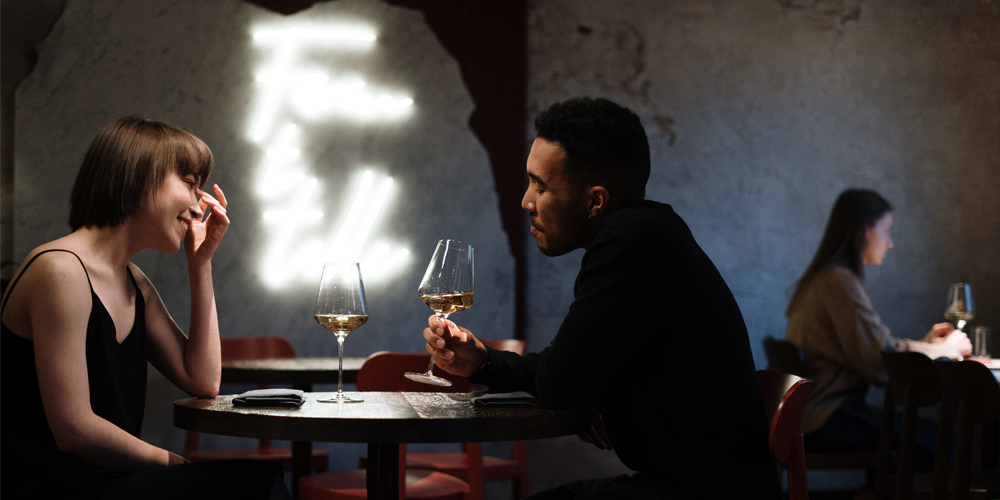 To quote the email I received from African Mami:

“Part II. Please forgive me but the progression of this love affair cannot be done at a go…. So there’s definitely more to come. If you don’t mind.”

He: *Breathing heavily, reluctantly pulled out and quietly took a sip of his drink*.

The prior display of enthusiasm was suddenly replaced with a more stoic demeanor. A gnawing feeling he was pissed off crept on her. Being a person who was not quite adept with massaging egos or kissing ass for that matter decided to let him stew and cook in anger. After all, they were just getting to know each other and thus far they had operated on an it’s just sexual attraction no need for any other emotions basis.  He sure was a man whose moods could not be gauged and they seemed to change erratically without prior notification. She was not used to men whose moods menstruated. This was going to be an adjustment of sorts. Oh well….nobody is perfect!

Bartender:  Madam, would you like another bottle of tonic water?

She: Nah. Let me look over your drinks menu and see what I’m in the mood for. Actually what would you recommend? (The stress on the “you” did wonders, if not miracles)

Mr. Him sensing his position was being threatened by the bartender decided to get out of the funk and get with the program.

He:  What are you in the mood for?

She: A man of your refined caliber would not have a problem recommending, would he now?

He:  *Taking the challenge in stride, he recommended a baileys- (leaned closer and whispered its taste was chocolate, creamy and smooth just like your…)

She: My..? (put her hand over his leg all the while waiting for him to finish his sentence)

Turned on by this gesture, he decided it was time they shift base from the crowded area to a more intimate setting in which this could certainly play out in his favor. This was her first time making any attempt of being physical with him.  Judging from her less than receptive PDA ,he concluded she was a prude and hoped she was a freak behind closed doors. It seemed she liked to prolong the journey of getting there like the many potholes in their country roads.

Once they settled, he decided to take it slow with her and instead pick at her intellect. After all, he was forty something, she was just in her prime…probably immature and a little on the rusty side in holding down a decent conversation he thought.

He: So how do you like working in the bank?

She: It’s alright. It’s been a welcome blessing but to be honest banking is not my calling.

He: Why do you say that?

She: You are overworked, underpaid and underappreciated. Moreover, my creative soul is stifled.  Work is so routine and repetitive. I just can’t see myself settling for that. I’m a free spirit you know.

He: What exactly do you mean a free spirit?

She: I like to do things according to my own terms, you know…when I want to, how I want to and where I want to.

He: Well, alright then. Seems like your best fit would be as an entrepreneur with nobody but yourself to answer to

She: Most definitely. That’s where I’m headed. Once I finish graduate school, I should be in a better position to further my ambition.

She: Hahaha….what did you think, I was a young woman after your money?! Please

He: *Looking seemingly hurt by this comment* When did I ever say or insinuate that? You mean to tell me you are already getting your Masters?

She: Oh c’mon. I was only kidding.  Yap…MBA. The way the market is right now, you have to create a niche for yourself to be more marketable.

She: As you should be.

He: You don’t know how to take a compliment?

He: You are very difficult, you know

Taken aback by her combative manner he decided it was best not to indulge her. It was time to revive the sexual energy.

He:  It’s a Wednesday night, I think we should sample other joints before we call it a night.

He: That’s not what I was suggesting. Finish up your drink. I’ll take you to an exclusive lounge where we can have dinner and drinks without much interruption.

He: Sweetie, take a good look at me and my accounts…..do I look like the type?

She: *Rolling her eyes in obvious disgust of his boastful manner* You sure do think highly of yourself.

She:  Hmmmm….. (although she didn’t say it, his cockiness and self-assured manner left her panties wet…but she figured he didn’t need to know that. His ego would be over-inflated to busting points.)

Sholiza Lounge turned out to be a place where power, politics and passion colluded.  It was a place she was later to learn that the rich also cried. It certainly was a step up from Maltize. The décor and ambience had heavy Mediterranean and Arabic influence, which reminded her that she needed to at least try one of the hookah joints before she left town.

BBM hook ups with some ‘girl on girl’ action: part 3

‘The Lover of my Soul’ by Guest Contributor Frema