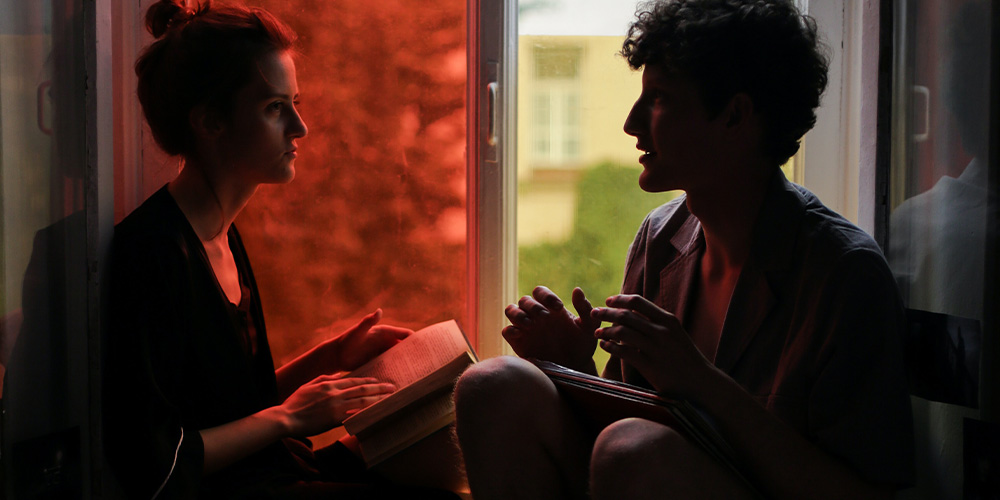 My boyfriend and I toy around with the idea of a threesome. When we’re liquored up and lying languidly in bed after watching a film, the words come out that much more easily in between self-conscious giggles and the biting of bottom lips to keep from the giggling. It also helps that it’s usually dark and we don’t have to make eye contact. Neither of us have a problem with the idea per se. And neither of us feels it would mean our feelings for each other are any less genuine or deep. We’ve been together several years and are extremely close.

For a long time, the subject was a red flag in our relationship. This was due to a bungled group sex attempt with friends after a night out that left me cold. It was the most uncomfortable thing I could imagine happening and I sobered up quite quickly! The topic then became mired in the memory of how angry and humiliated the spontaneous but unwanted group sexual gaffe had made me feel. And so we didn’t discuss threesomes again for a long time. It took me a while to understand what had caused something so liberating to me in theory and fantasy with my boyfriend in our intimate moments, to clam me up so tight when the opportunity arose. Truth is, I am just not comfortable with friends becoming a feature in our bedroom activities under any circumstances. Even though everyone would be grown-ups making up their own minds, the thought makes me cringe to my core. Perhaps I don’t want those relationships confused. And perhaps I’m not at a point where I could forget something like that so we can all have dinner the next Friday! Or even worse, make it a regular thing like a games night! I could see this having a major strain on both my friendships and my relationship. Wanting a sustainable outcome and wanting to experiment did not go together in this instance.

Group sex for some of my friends is no issue at all. It would usually be a mixed group of men and women where no one has a significant other present and most likely does not have one. And I think that that distinction is important here. Because although I don’t very often have prudes for friends, there are levels of intimacy with their partners that they don’t want to share with others close to them.  I too have had a threesome with friends that did not involve my significant other. It was during a breakup phase earlier in our relationship that turned out to be a journey of sexual discovery I probably needed. The experience was as exciting and spontaneous as I had always wanted.

The issue then becomes, with friends off limits, how do we incorporate that element into our relationship now? We aren’t one of those brave and sometimes creepy couples who would approach some attractive woman at a nightspot and proposition her. We aren’t the type of couple who would get the services of a prostitute for the occasion either. This leaves very little room for this to happen at all, except through some amazing, preposterous twist of fate.

Is this something to ‘pursue’ at all?

Links to ‘Our sexual revolution is being blogged’ and ‘Kermit Grosnell versus Joshua Drah: abortion, stigma and conservatism’

The Most Beautiful Girl In the World

(Part One) I Woke Up In A Pool Of Blood, Again.