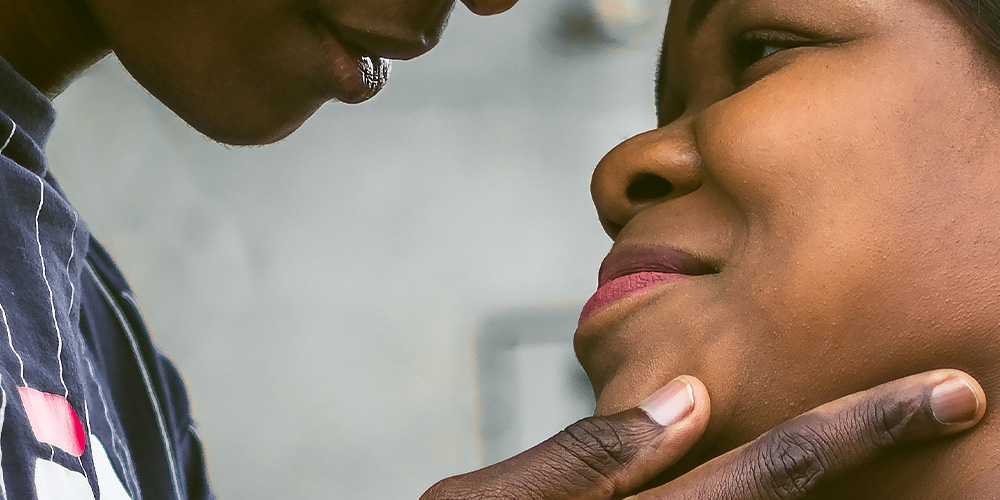 We are used to thinking of love letters as very private things. After all, it’s the expression of one person’s love (an emotional and, therefore, a subjective state) to another. But can love letters also tell us something broader about a society? For instance, the sexual practices of teenagers in the Gold Coast?

Have you ever looked at elderly people, like octogenarians, and wondered whether they could ever have been sexual beings? I have. I’ve wondered whether old people forget how freaky they were in their youth. Maybe it’s the frailty and vulnerability of old age that imbues them with so much air of piety, of innocence. It seems to me almost sinful to imagine them to have been any other thing but celibate. And not without reason: the commonest advice young people are likely to hear an older person is to be ‘morally upright’, which almost inevitably translates into, ‘Don’t smoke, don’t drink, don’t have sex.’ Especially don’t have sex. Also, we tend to think of the past through rustic lenses: as an ideal time cocooned in authentic culture, a period when the youth obeyed their elders and didn’t have premarital sex.

Imagine, then, my reaction upon finding this love letter written in the 1930s Gold Coast: I was seized first by surprise, then extreme fascination. I wondered, ‘Were they using the word “fuck” back then?’ You can see in the letter that the writer struggles with the spelling, actually settling on the homophone ‘fork.’ But I guess it’s pretty clear that it was a word in common usage so that even though he couldn’t spell it, both he and his lover both knew what it meant. The lady had apparently used the word in a previous letter, because in this letter, he tries to assure her that it wasn’t true that ‘I have taken my love from you by reason of forken (sic) you twice’.

We can guess the age of the writer to be about 17 (add/subtract 3 years). I arrive at this conclusion because he states in the letter that he’s in secondary school. The lady is likely to be a few years younger. What has happened, I guess, is that the lady had visited him when he had returned home for vacation, and they’d had sex twice.  The deed was done at his place; he had stated in the letter that she shouldn’t be afraid to visit him in his house. What’s hard to tell is whether he actually had a house, or whether he was referring to a room in his parent’s house. But since the wealthy folks in this period owned many houses, it’s possible that he was living alone in one of his father’s numerous houses.

It’s not clear whether the lady had initially objected to having sex. What is clear, though, is that she was pretty uneasy about it afterwards. In the letter, he warns her never to say that he’d stopped loving her because he slept with her twice. She might have felt ‘cheapened’ or ‘used’ by him, simply by virtue of having slept with him twice. Here, we can see the different ways in which social values, expectations and biases produce different reactions in the lovers towards the same act of lovemaking. Whereas the woman is evidently feeling guilty and fears that the act might have reduced her worth in the eyes of her lover, the man is blissfully dismissive of this concern. In fact, he tells her that ‘don’t be afraid to come to my house, because every time I want to do it, I’ll inform you first.’ Whereas the woman is concerned about the consequence of having ‘forked twice’ on the quality of their relationship, he wants it ‘a thousand times’ because that’s what strengthens his love for her.

The issues of sexual pleasure: although the lady was concerned that having had sex with her boyfriend had ‘turned his love from her,’ it’s not clear whether she actually did enjoy the sexual act. Unfortunately, there’s no indication from this letter, or the other letters I’ve come across, which can help us to answer this specific question. But there’s evidence in a previous letter he wrote to her which indicates that they did kiss often and that she did enjoyed it. We can also draw on circumstantial evidence to get closer to an understanding. Every reader of this blog knows that female desire is a real, if oft denied/repressed, drive. In fact, recent research in sexuality suggests that female desire might be even more potent than male’s. Of course, female’s sexual desire is layered over with all kinds of social strictures, sometimes transforming a pleasurable act into, at worst, a deeply traumatising experience.

There were other themes in this letter which I also found interesting. For instance, condom use: they probably used it at least once, and he assured her that he had more. Actually, enough ‘rubber’ to allow them to ‘do it say about thousand times… without conception taking place.’ I also found it interesting that he kept referring to the bible or Christian principles. Even more interesting is the fact that he thought ‘abolition’ (abortion) was an evil ‘against God’s great commandment’ but not sex before marriage; funny, because I remember the bible explicitly condemns fornication but I don’t remember explicitly reading about abortion in the bible. Then there’s the theme of abusive relationships, which deserves a whole article on its own.

But maybe you’ll say that this is a specific case, an isolated incident that concerned only two lovers. On the contrary, I think there’s evidence from just this letter that this was a widespread phenomenon, at least in the coastal towns during this period, and probably even earlier. For instance, it is clear that condom use was general among the youth of the period. Note that his reference to condom in the letter was written with the assumption that she had knew what ‘a rubber’ was and what its function was. In another letter, one parent complains to another that his son had impregnated her daughter but that he wants to keep quiet about the situation until the boy finishes his secondary education so they can arrange a marriage.

I guess it’s just a sign of how hypocritical we are about sex (and other issues) that I should find this letter surprising or even remarkable. And next time an octogenarian advises me about sex, I guess I’ll just listen quietly and nod slowly with mischief.

Why more people need to get divorced

Guest Contributor Chrysalis on How to Enjoy Having your Pussy Eaten