In Lover of Her Sole, SeriesPublish DateApril 10, 2014 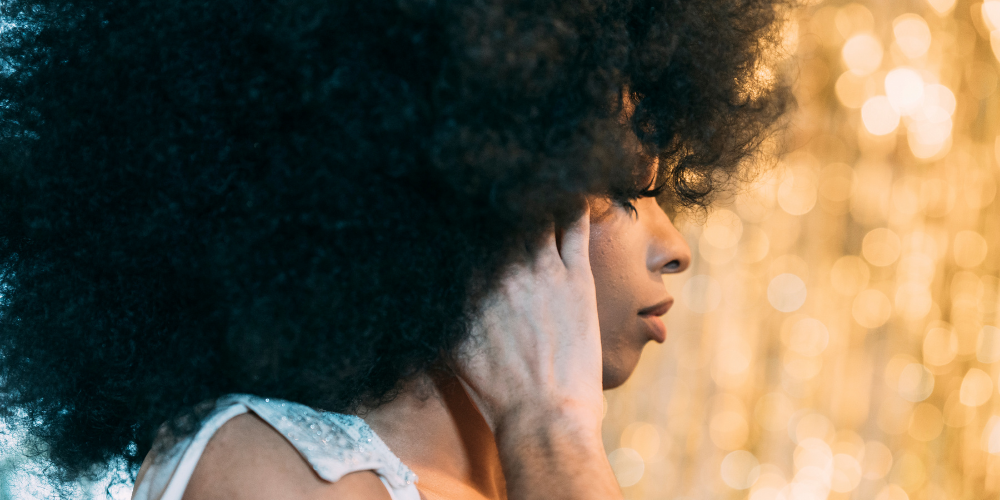 These platform pumps were absolutely killing her, but they made her legs look great. Pomaa spackled fake smiles on her face to mask the wince hiding just beneath her lips. Flat shoes did not look nearly as good in photographs as heels did, and these onyx and teal Stuart Weitzman pumps supporting her legs would be the first thing people noticed in all the shots.

It was now 4pm, and they would be losing light soon. Pomaa had planned every moment of the day based on daylight hours and temperature. She loathed outdoor functions that began at noon at the pinnacle of Ghanaian heat. It was disrespectful and inconsiderate, she believed. Still, that didn’t stop her from telling the attendees the function began at noon. By 3:30 pm, everyone had assembled and the program could begin “on time”. Pomaa took one final look around the premises as Uncle Ekow lumbered to the wooden podium she’d set up. The wait staff was clad in batik shirts and dark bottoms, eagerly ensuring that everyone had a drink in their hand and a program in the other, fanning themselves with it just as she’d hoped. Turning the programs into durable fans was a last minute decision. It meant they would be useful keepsakes, and that the new park would be on the holder’s mind whenever it got hot.

Freddie was among the staff serving drinks. He flashed Pomaa a bright smile and enthusiastically went about his duties. She envied Freddie. He still had Akoto as his obenfo, while she had…

“Everything looks great, Pomaa,” Frema whispered. “You did a fine job.”

“If I did such a fine job, why do you look so sad?” Pomaa asked. “Seriously. You look heartbroken.”

“Dennis is broke,” Frema croaked. “I’m so angry with him!”

“What? But he makes so much money. He’s a bloody engineer!”

Frema spat her next words. “Turns out he has a bunch of student loans and credit card debt back in the States. If he ever returns, they will garnish all his wages. How can I live an aristocrat lifestyle with a husband who has all his money taken from him by the American government?”

This was news. Had Dennis asked her to marry him?

“No, but he might,” Frema replied. “A girl has to think about these things. That’s why I’m so proud of you for refusing Akoto. I mean, the very cheek of it! He lives in a container, chaley. And – “

“The program is starting,” Pomaa said in hushed tones. A knot had begun to form in her throat. “Let’s listen to what Uncle Ekow has to say.”

As the applause died down, Ekow Afriyie plowed ahead through his speech, extolling the virtue of youthful exuberance and innovation and how pleased he was to be able to “lead and guide these young bright minds.”

Pomaa rolled her eyes so hard she thought she might have an aneurism. How quickly Ekow had forgotten how he fought them on the minutest aspects of the project! Then he did something completely unexpected; he invited her up to the podium to tell the crowd how she came up with the vision for a green space run on kinetics.

Wide-eyed and dazed, Pomaa willed her feet to move as gracefully as possible to the podium as the attendees stood and cheered her on. To her left she saw Dennis, clapping and smiling with the crowd. Then he winked at her.

The microphone, innocuous and simple as it was, may as well have been a foreboding schoolmaster. She detested public speaking, however now was not the time to give into fear. She thanked the audience for attending and inquired if they were having a good time so far. They clapped in response. Encouraged, she spoke on.

“Our traditions are steeped in innovation, and I was inspired by history to create this park with the help of many our community leaders. Our forefathers and mothers created kente, fashioned scales from bronze and created strong economic systems that made the Ashanti the pride of this region,” she said wistfully. “We have always been strong. Other nations looked to us in the past in times of war and distress…and now we have a new war on our lands which are being devastated by unfettered and irresponsible ‘development’. We are losing our green spaces rapidly. There is a quote that says ‘When the last tree dies, the last man dies’, and if we don’t take time, that day will approach sooner than we think. Because of the innovation in this park, I believe other regions today will look to us again to usher in a better, stronger Ghana.”

A surge of confidence coursed through her as she spoke on about her passion for her community and its heritage. On a whim, she began to ask the attendees about their thoughts and hopes for the project.

And then there was a growl behind her – a low keening of a tortured soul demanding answers.

“Marie! Que faites-vous? What are you doing?!”

Mamadou materialized from thin air, grabbing her around the waist and shaking her angrily. He wanted to know why she had brought all these people to “their house”. Had she no respect?  In an instant, four of the security guards assigned to a minister leapt on him, pulling him to the ground and kicking the deranged, bedraggled man viciously. Mamadou wailed making wild, unhuman noises. He sounded like a goat being led to slaughter.

Pomaa turned around to find Akoto fighting through the crowd to get to Mamadou lying belly-flat on the ground with a guard’s foot placed firmly on his neck. He repeated his demands for Mamdou not to be hurt.

“He’s not well. He doesn’t know what he’s doing!” Akoto gasped. He took the madman by the hand and helped him struggle to his feet. Then he turned his ire on Pomaa.

“How could you do this to him?” he seethed. “You took his home!”

Pomaa was taken aback, astounded. “This is NOT his home. It’s a public place!”

“I asked you to do one thing for me, Agyapomaa. I asked you to give me time to figure out what to do with him…and then you go and pull this stunt? You are truly heartless and self-centered.”

It wasn’t his words that stung her so much as it was his tone. It was hard to define – a blend of hurt, disappointment, even a bit of disgust. She had missed him terribly, and knowing that he still harbored so much contempt for her pained her deeply. Still, his accusation was unfair.

“The entire city can’t be put on hold for the urges of one madman,” she shot back. “If you had any sense of responsibility, you would realize that! But you’re just an idealist…and just as self-centered.”

An idealist. That’s what she had called him. Was she referring to the ring he had sacrificed so long to build and his humble proposal? Was she intimating – publicly – that she was too good for him? A dark scowl crept over Akoto’s face as he contemplated her meaning.

“I hear you, Agyapomaa. I hear you well.”

Without another word he turned his back to her and carried Mamadou away from the crowd. The scene, fraught with tension and private meaning, was over.

And then the DJ began playing Sarkodie. Frema waved at Pomaa from the booth before shuffling through the throng of people either dancing or discussing the bizarre incident.

“Well done, Pomaa!” Frema breathed excitedly. “Very well handled. Chaaaley, I don’t know what I would have done if that madman had touched my dress. It’s from Stylista, you know. It’s an original…”

Pomaa rubbed her temples, attempting to relieve the agonizing thumping in her head. She ground brown foundation into her fingertips as she did so. It was all too much! Thankfully, Dennis appeared beside them. He reached for Pomaa, wanting to comfort her. She snatched her hand away and stepped back. Her reaction was not missed on Frema, who raised her eyebrows in suspicion. Pomaa fought to compose herself, putting as much sweetness in her voice as she could muster. It wouldn’t do to have another incident so soon.

“Dennis, do you think you can handle the rest of the program? I have to go home.”

Whether he could or not, she spun on her heel and half-sprinted, half-hobbled toward her car. Damn her love for high-heeled shoes!

How COVID 19 Is Impacting Sex Workers in Kenya

‘Fun times in the shower’ by Guest Contributor Vortex