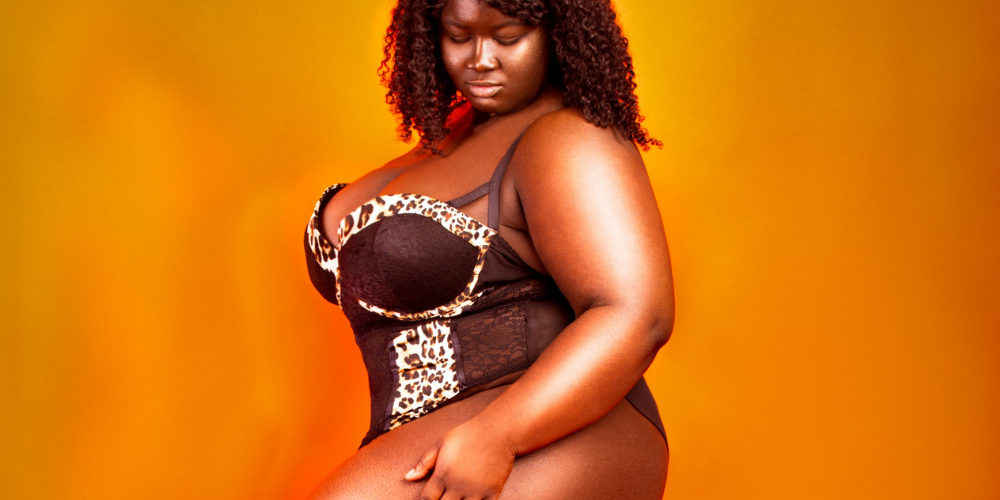 He  stepped into the room; she stood there in a short, black silk dress that clung to her like a suggestion, accentuating every captivating curve.

He stood for a moment and simply watched her, taking in her stunning beauty. The thin straps of her dress had already fallen from her delicate shoulders, leaving them bare…

He smiled, that perfect smile that makes a heart flutter.
He stepped toward her, the anticipation already causing a significant pressure in his groin. He softly brushed her medium length Afro hair back from her cheek and drew it behind her ear. Then his lips met hers  in a sizzling kiss; a kiss, so gentle at first, then escalating in desire, leaving them both breathless.

He whispers in her ear, “You’re all I want.” He kisses her neck, her swan-like dancer’s neck.
His warm lips pressed against that special spot where he could feel her racing pulse. Her  heartbeat quickens as his hands slowly roam over the silky black material of her dress, enjoying every delicate curve. He kisses her bare shoulders, his hand cups her perfect round ass as he pulls her body close. Wanting…. the delirious pleasure of her body against his.

He trails his lips along each fine collarbone, so softly it is barely noticeable but her body reacts intensely. He kisses the swell of each breast, the exposed roundness that overflows the top of her dress. His hand slides across her ribs, upward, the touch of his fingertip sending ripples of electric pressure up her spine  as they brush across her nipple. A small sigh escapes her lips. Even through the fabric, he could feel her nipple harden beneath his touch.

He kisses her again, hard, grazing her lower lip gently between his teeth as he pulls away. He gazes into her smoky eyes. He is already  mad with desire. He starts to slide her dress down, deliberately ignoring the amorous look in her eyes. As the dress lowers, her full, round breasts  slowly ease into view.
He crushes one nipple between his lips, then the other, each in turn; sucking firmly as he pulls her against his face.

Their mouths meet again, his hunger far more apparent now, as he slides her dress down to her hips. His left-hand glides slowly up her thigh; the smoothness of her tender but firm legs like warm silk beneath his hand. He let her dress fall to the floor, pooling like black ink. And there was nothing but the honeyed purity of her nakedness.

His right hand, slips along her inner thigh, he feels the warm moistness of her as he glides along the crease where her silky thigh comes to an end.
He feels the slight tremble of her skin beneath his lips as he kisses her abdomen.

He pushes her against the wall, her left hand pinning her slender wrists above her head. She gives a light  struggle, but secretly, she  has no wish to escape. His right-hand slips between her legs. He drags one finger teasingly along her now wet slit and over her pleasure button. He rubs gently, a feather touch that sets her ablaze. She  gasps as his finger makes an entrance,  slowly gliding in and out.

He falls to his knees. She murmurs softly as the tip of his tongue flickers across her engorged love bud. His hot tongue slides inside her, tasting her nectar. His fingers continuing his merciless teasing, his desire, his hunger for her, so evident as he increases the pressure against her secret places.

Her  fingers clutch his hair, pushing him  into her sex. She  feels the waves of pleasure washing through her core like distant ocean waves, coming ever closer. Her head tilts back, whispering moans escape her parting lips and all becomes breathless anticipation.

She wonders what happens next.

How Do I? by Guest Contributor UgandanChic

Don’t sex the ex: Nana D’s rules for breaking up and staying apart

A reply to, ‘What I want you to do to me’ by Guest Contributor Wolverine

4 comments On All I Want by Guest Contributor Spiritual