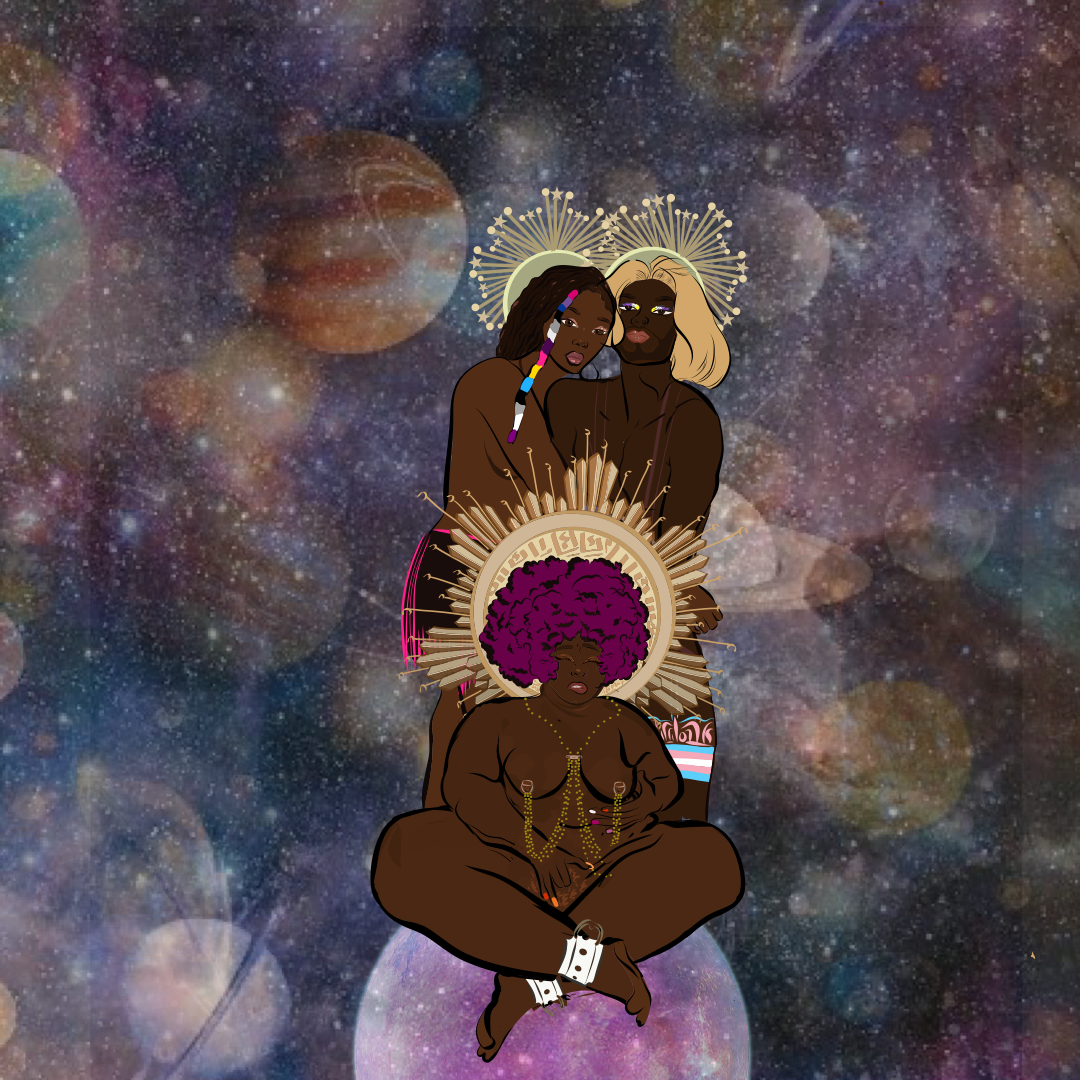 “Two’s company, three’s a crowd”, the saying goes—but in the Odyssey of Desire, this loaded arithmetic is disproved by the logic of self-love. “You are your own person. When you couple up with a partner, you are sharing your wholeness,” said JuliArt Hango, speaking at the recent #AdventuresLive2020 panel on Polyamory: Myths and Misconceptions. “You are sharing your entire being with them: not your half and their half. Because when you are two halves, if you bring in someone else, they’re going to be another half, and then there’s three halves floating around.”

While three halves might make for awkward company, three wholes equal strength in numbers, which is why wholeness is the foundation of healthy polyamory. “The most important thing about practicing any kind of ethical non-monogamy is to be in love with yourself. You are whole on your own”, emphasized JuliArt, who describes herself as a limitless multidimensional being of love and oneness. Also on the panel was Tapiwa Guzha: a generalist based out of Cape Town who believes in doing as many things as possible, which includes combining his passion for sex education with ropework and human body movement. Nana Akosua Hanson, this year’s festival co-director, hosted the virtual conversation.

JuliArt’s emphasis on the importance of finding love and wholeness within yourself, echoed by the rest of the panel, diverges from the common misconception of polyamory as a practice for flaky people in pursuit of love and entanglements everywhere. This was one of the aims of the conversation: to tackle misunderstandings, and share experiences and perspectives, on the infinite constellations of desire outside the constraints of monogamy.

For Tapiwa, polyamory begins with reframing conventional understandings of love, by challenging the hierarchies that the word implies. “I look at people, regardless of our connections, in a very similar way,” he explained. “So the way I care about my mother is the same way I would care about you or a stranger on the street.  It’s never made sense to me that we can afford more humanity to certain people because of their proximity to us whether emotionally or physically or biologically. I love everybody.” Tapiwa’s understanding of polyamory is not limited to romantic love. “It’s more just being kind to people. That’s how I see it.” In that vein, his work, among other themes, explores platonic intimacy and de-sexualisation of naked forms.

Platonic connections can be just as—if not more—powerful than sexual connections, but are often overlooked in negotiations on the parameters of relationships. “This is the thing,” said Sheena, one of the attendees. “If I was seeing someone for tea every Friday and all we did was talk, that’s fine. But when I want to have tea with this person and we’re fucking, that’s a problem. So it’s fine if I like someone’s writing, but it’s not fine if I like the smell of their pussy.” In Sheena’s view, this comes down to issues of “bodies and autonomy and ownership that are squeezed into the confines of what love looks like.”

The question of ownership often sits at the heart of debates about polyamory. “How do we get people to step out of this box of ownership and control as a sign of love?” JuliArt asked. It is especially difficult given that the box is often reinforced not only by external norms, but by internal emotions such as jealousy and anger that can arise in response to sharing a partner with someone else. But, Tapiwa suggested, while such emotions may be instinctual, they can be transformed.

“You can say yeah, it’s normal to feel this way, but you can also interrogate those feelings, look at them for what they are, understand where they’re coming from and how you can interact with them,” said Tapiwa. “I feel jealousy, I feel anger all the time. But you have to then pause and notice why you’re feeling this way, what this means, and how you can use this energy to create a more positive experience for everybody involved.”

In discussing other practical ways in which polyamory can be a positive experience for all, the panel emphasized that regardless of the poly configuration—be it triads or swinging or bungee-jumping (google it!)—at the core of all approaches to healthy, ethical polyamory is honest communication. That is what distinguishes it from cheating, which is rooted in dishonesty and robs the other person of their right to consent to non-monogamy or to take measures to protect themselves from the health risks that come with being exposed to multiple partners—which, panelists highlighted, is critical. Cheating also allows people to evade accountability for ensuring that everyone involved in a non-monogamous relationship is valued and respected equally.

However, in conservative societies that demonize anything outside of monogamy, people often prefer to cheat rather than acknowledge that there may be other ways of configuring relationships: a culture that Kobby Graham famously described as “fauxnogamy”. Recalling her experience with a former partner who was a serial cheater yet was outraged by her eventual decision to cheat, and rejected the idea of polyamory, Akosua reflected that “the person refused to move on with the relationship if it was going to depend on that honesty. I realized he was drawn to being covert about it”.

That experience, she said, is what propelled her towards finally embracing her truth as a polyamorous woman. For many trapped in monogamous relationships that are at odds with how they would prefer to give and receive love, the path towards liberation is often similarly bumpy—akin to “fumbling in the dark”, as Sheena put it. “It’s not easy,” she said. “Any journey towards finding what makes you happy, it’s not easy. It means giving up things that you were raised to believe were true. It means disappointing people when you tell them this is how I want to live my truth. It has elements of pain. But there’s community, there’s people, there’s resources, like Adventures, that we can read and be like ‘thank the fucking lord, it’s not just me. We are many.’”

Join our ‘Metamorphosis of Love’ hangout on Valentine’s Day